Alabama State Auditor Jim Zeigler took his complaints about the removal of the portrait of Gov. George Wallace from the Statehouse all the way to the neo-Confederate League of the South

Jim Zeigler, the Alabama state auditor, addressed the neo-Confederate League of the South (LOS) at the group’s Wetumpka headquarters last week to discuss his efforts to return portraits of Governors George and Lurleen Wallace to the Alabama Statehouse rotunda, Hatewatch has learned. 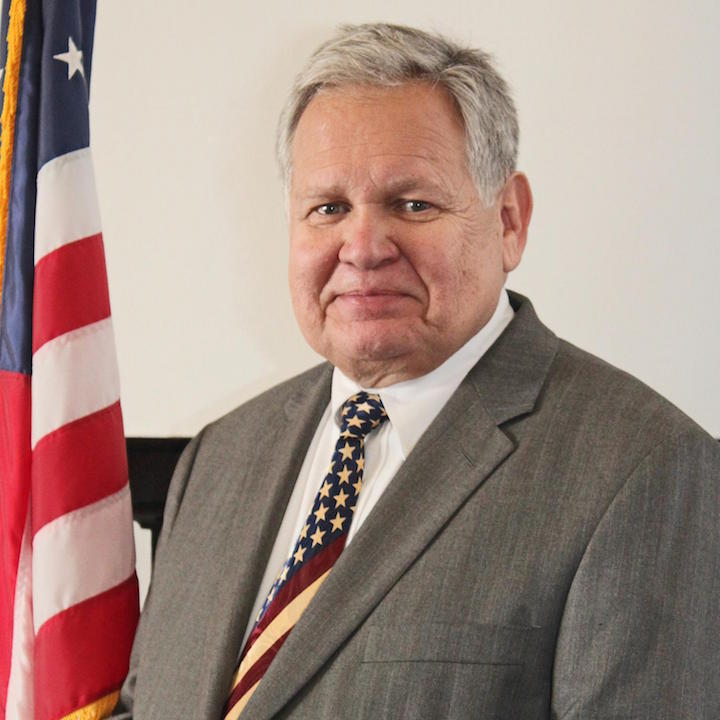 “It’s quite unfortunate that a public official would lend legitimacy to a hate group by appearing at one of its functions. And believe me, the League of the South is about hate, not heritage,” Southern Poverty Law Center President Richard Cohen said on Monday.

The portraits were removed this March in advance of the 50th anniversary of the Selma to Montgomery Civil Rights March, which began infamously on “Bloody Sunday” when Alabama State Troopers viciously beat peaceful civil rights marchers as they crossed the Edmund Pettus Bridge in Selma. Since the portraits were removed, Zeigler has been pushing for their return.

“Some Montgomery bureaucrats decided to revise history and ignore the intent of the legislature to suit their own politically correct agenda,” Zeigler told Alabama Today. “The restoration of the Wallace portraits to the rotunda will right this wrong.”

It is not known if Zeigler is a dues-paying member of the League of the South, nor have the details of his address last Thursday to the League been made clear. He did not return several messages left with his office seeking an explanation for why an elected official would attend a gathering of a neo-Confederate hate group – one that has worked to achieve a second secession and establish an ethnostate for white, Christian southerners. The LOS has gone farther than nostalgic Confederate daydreams, too. In recent years, its rhetoric has turned, it has built a paramilitary militia known as "the Indomitables" and LOS president Michael Hill has fantasized about a race war he and his followers believe to be on the horizon.

“Negroes are more impulsive than whites,” Hill wrote in an essay published last May. “Tenacity and organization are not the negroes [sic] strong suits. If [a race war] could be won by ferocity alone, he might have a chance. But like the adrenaline rush that sparks it, ferocity is short lived. And it can be countered by cool discipline, an historic white trait.”

Zeigler, who is also a member of a closed LOS Facebook group, didn’t mention any of that on the Facebook event page he created for his speech. Instead, he said he was excited for the chance to meet with LOSers –– just “salt-of-the-earth folks,” he said.

This isn’t the first time Zeigler, a career Alabama politician, has flirted with extremism. A strong proponent of the Second Amendment, he has said church attendees should carry firearms after the Charleston, S.C., shooting this summer left nine people dead, and he has lamented the criticism of Confederate iconography that followed. In June, when the Goat Hill Museum in Montgomery, Ala., took Confederate memorabilia off its shelves, then returned some items, Zeigler suggested it was a “purge of Confederate history” – a claim that has been echoed by the LOS and the neo-Confederates.

Notably, Zeigler is only the latest in a growing list of public officials discovered to have substantial ties to the LOS. In Maryland, former LOS board member and Constitution Party presidential candidate Michael Peroutka was elected to the Ann Arundel County Council last fall. After Peroutka’s extremism was revealed, he claimed he was unaware of the LOS’s racism and renounced his membership as soon as he learned of it.

More recently, the Anniston (Ala.) Police Department fired Lt. Josh Doggrell after Hatewatch reported he had addressed an LOS national conference with a speech intended to foster a closer working relationship between LOS members and law enforcement.