Ann Coulter took another major step deep into white nationalism when she spoke to the annual “Writers Workshop” event put on by the anti-immigrant and white nationalist publishing house The Social Contract Press (TSCP).

Coulter’s speech, made available late last month, was a question and answer session called, “Trump: America’s Last Chance.” Introducing her was K.C. McAlpin, who leads U.S., Inc. and once described Islam as a “hostile, intolerant, and totalitarian ideology masquerading as a religion. ”

During the nine-minute session, Coulter told the crowd her “epiphany” on immigration came after reading white nationalist Peter Brimelow’s 1992 National Review essay, “Time to ReThink Immigration?” She attacked the 1965 Immigration Act, which changed the way immigration quotas were allocated.

“This is only since the 1965 Immigration Act that we suddenly started dumping hijabs and burkas and child rapists and Medicare-fraudsters on the country,” Coulter said.

Coulter also confirmed that the Trump campaign reached out looking for an advance copy of her 2015 book Adios America. “[T]he next thing I know, Donald Trump is on TV and is talking about Mexican rapists!”

TSCP is a Michigan-based publishing house that routinely puts out race-baiting articles penned by well-known white nationalists. It is a program of U.S., Inc., a foundation created by John Tanton, the ideological father of the modern nativist movement and TSCP’s publisher.

Through the years, Tanton has assiduously cultivated relationships with Holocaust deniers, eugenicists and other extremists. And he has been clear about his views.

“I’ve come to the point of view that for European-American society and culture to persist requires a European-American majority, and a clear one at that,” Tanton wrote in a Dec. 10, 1993, letter to the late Garrett Hardin, a controversial ecology professor.

TSCP has spent years propagating the myth that Latino activists want to occupy and "reclaim" the American Southwest, arguing that no Muslim immigrants should be allowed into the United States and claiming that multiculturalists are trying to replace “successful Euro-American culture” with “dysfunctional Third World cultures.”

Its editor is Wayne Lutton, a longtime member of the white supremacist Council of Conservative Citizens, which inspired the Charleston mass shooter Dylann Roof. Also on staff is well-known white supremacist Kevin Lamb, who was fired in 2005 by Human Events and the Evans-Novak Political Report over his extremist activities. 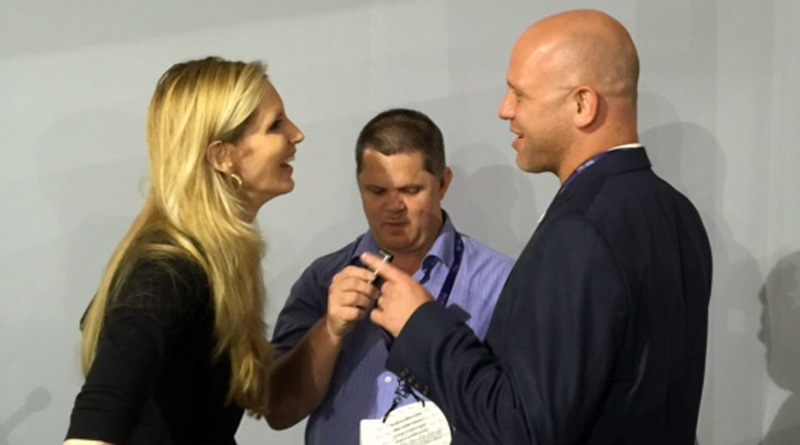 Speaking at such a gathering comes as no surprise, considering this isn’t Coulter’s first association with the anti-immigrant movement and the radical right. Her book Adios America contains citations from a number of racists, including Peter Brimelow, Robert Spencer and Fjordman, a Norwegian anti-Muslim blogger who inspired Anders Breivik. During an interview with Jorge Ramos of Fusion TV in May 2015, Coulter called Mexican culture “deficient” and went on to claim that part of Mexican culture includes “uncles raping their nieces.”

Last year, Coulter spoke at the National Press Club about Adios America during an event moderated by Mark Krikorian, head of the Center for Immigration Studies (CIS), another anti-immigrant group founded by Tanton. Jared Taylor, one of America’s most well known and influential white nationalists attended the gathering. The same week, Coulter was on a webcast organized by NumbersUSA, a third Tanton organization.

During the Republican Convention in Cleveland, she held a joint book signing with conservative commentator and blogger Milo Yiannopoulos, most recently of Breitbart News.