The Alliance Defending Freedom* (ADF) held a “religious liberty” summit July 11 in Orange County, California, at which U.S. Attorney General Jeff Sessions delivered remarks. No press was allowed, and the venue of the event was kept largely secret, until ABC News announced July 12 that it was being held at the Ritz-Carlton, Laguna-Niguel in Dana Point, California. The Department of Justice initially refused to release a transcript of Sessions’ remarks from the summit. Sessions' speech later was published on the right-wing website, the Federalist. 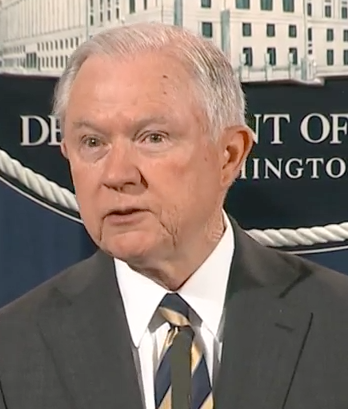 ADF is representing Jeff Phillips, a Colorado baker who refused to make a cake for a gay couple’s wedding in violation of the state’s anti-discrimination laws. The Supreme Court recently agreed to hear the case.

ADF is extremely active nationally in the push for anti-LGBT “religious liberty” laws that give Christians the right to claim religious exemptions with regard to providing goods and services to LGBT people. The group also is working to further marginalize transgender students in public schools by encouraging schools to prevent them from using facilities in accordance with their gender identities.

In response to Defense Secretary James Mattis’ delay of the Obama-era policy that lifted the ban on trans people serving in the military, the American Family Association* (AFA) is encouraging people to contact Congress in order to overturn it. In an email AFA sent out dated July 10, the AFA urges Congress to “act now and roll back Obama’s transgender military policy,” which the organization refers to as a “social experiment.”

The Family Research Council* (FRC) and Liberty Counsel* (LC) also voiced their opposition to renewing Obama’s directive. The Liberty Counsel issued a press release that claimed the directive “requires officers to approve medically-unnecessary surgeries and harmful, unproven hormone replacement,” though the directive contains no language that indicates such is the case. Liberty Counsel also refers to trans service members and officers as “gender-confused” and claims that using pronouns with which they identify is “false.”

FRC stated its approval of delaying the participation of transgender people in the military in Tony Perkins’ Washington Update on the FRC website. The piece claimed that military costs would skyrocket to provide trans people with gender reassignment surgery and that trans people would then be unable to deploy following surgeries. Furthermore, the piece claims, there would be “practical implications” like “biological men showering next to women, ‘male pregnancies,’ and off-duty drag.”

AFA also launched a boycott of Target stores in 2016 protesting Target’s non-discrimination policies that allow trans people to use their facilities in accordance with the gender with which they identify. AFA claims such a policy somehow endangers women and children because it allegedly allows sexual predators into women’s restrooms and changing areas, a harmful, oft-touted myth that anti-LGBT groups perpetuate against trans people.

The policy also states that a history of sex reassignment or genital reconstruction surgery is disqualifying for service, unless a licensed medical professional provides evidence that eighteen months have elapsed since the date of most recent surgery and no functional limitations or complications persist.

The group’s mission is to shed light on the complicated issues of “sexual and relational brokenness with special expertise on homosexuality and transgenderism.”

HFW, whose tagline is “freedom from homosexuality through Jesus Christ,” was founded in 1999 as an affiliate of Exodus International (Exodus North America is now defunct). According to the website, the name “Hope for Wholeness” originated as an annual conference. Then the name was given to the ministry’s creation of the Hope for Wholeness curriculum in 2011 to “assist those affected by homosexuality, and to help those that desire to walk alongside them.”

The HFW website states that, “Homosexuality (whether in practice or identity), as well as other sexual addictions, is against God’s plan for mankind.” The site goes on to state that, “Same-sex attractions are not chosen, nor is there any scientific evidence to point to genetic causation.”

It then asserts that, though HFW doesn't believe there is biblical evidence to point to a specific demonic spirit, “[W]e believe that the demonic realm may play a part in ways such as spiritual taunting, leading others astray, and leading one to harm others through various forms of abuse.”

The site goes on to claim that, “We believe that leaving homosexuality is more about becoming a man or woman in Christ, and not merely stopping this or that behavior.” Though site notes that HFW members “do not attempt to alter anyone’s attractions."

Ex-gay (or reparative) therapy has myriad approaches, but all incorporate the idea that LGBT people are somehow “broken” or “abnormal” and thus should stop either being gay or engaging in same-sex relationships, or, in the case of trans people, stop trying to be who they feel they truly are.

Opponents of same-sex marriage in Houston argued that the city of Houston should not have extended its benefits policy to married same-sex couples. The state Supreme Court threw out a lower court ruling that favored the benefits, sending the case back to another lower court.

The benefits policy was enacted by Houston mayor Annise Parker in 2013, the same year that the U.S. Supreme Court ruled that the federal government must extend benefits to married same-sex couples. In 2015, the Obergefell ruling made same-sex marriage legal in the U.S.

At issue in the Houston lawsuit was whether Obergefell requires public agencies to provide benefits to same-sex spouses of government employees, as it provides them to opposite-sex couples.

The plaintiffs are “two taxpayers represented by same-sex marriage opponents,” according to National Public Radio, which contended that Houston’s benefits policy goes further than Obergefell requires. With this, the Texas Supreme Court agreed.

Abbott, Patrick, and Paxton filed an amicus brief (PDF; may not load in some browsers) in October 2016, asking the all-Republican Supreme Court (Texas elects its judges) to reconsider. One legal scholar called the brief “extremely strange,” like a “list of ingredients” without a recipe to follow.

Texas Values, an anti-LGBT group headed by attorney Jonathan Saenz, claimed in an email that in October, “Texas Values formally asked the Texas Supreme Court to reconsider hearing a case against former Mayor Parker (and the City of Houston), who violated the Texas Constitution by issuing same-sex benefits long before the U.S. Supreme Court’s Obergefell v Hodges same-sex marriage ruling.”

The group then noted that Abbott, Patrick, and Paxton filed a join amicus brief in support of the plaintiffs. Saenz and Texas Values were named in the brief as having received an electronic copy. Saenz has a long history in Texas of battling LGBT equality. In 2014, he took Texas A&M University to task for offering a special “lavender graduation ceremony” for LGBT students, saying, “This special Texas A&M ceremony essentially promotes and celebrates dangerous and risky sexual activity that can fiercely jeopardize a person's well-being." 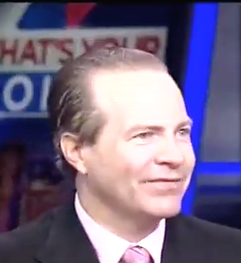 An electronic copy of the amicus brief was also provided to Jared Woodfill, a Houston attorney who served as head of the Harris County GOP from 2002-2014. Woodfill helped launch “Campaign for USA” in 2016, a virulently anti-trans campaign designed to get people to stop shopping at Target in response to its trans-inclusive policies.

The campaign’s website alleged that Target’s policy would allow any man to say that he feels like a woman and can then access the women’s restrooms in Target stores. The website is no longer available, but New Civil Rights quoted it as saying, “The whole concept of ‘transgender’ of course is absurd and irrational. Those who practice this behavior or enable it have adopted perverted thinking.”

Lt. Gov. Patrick has also worked closely with FRC* with regard to the anti-trans bathroom initiative in the state, which will be heard as part of a special legislative session beginning Tuesday, July 17, called by Abbott. During Houston’s 2015 battle over the repeal of its equal protection ordinance, Patrick appeared on radio and TV urging voters to reject the ordinance, which was defeated largely because of anti-trans fear mongering.

Another bill slated for the special session would prevent municipalities from adding classes to nondiscrimination laws that aren’t already protected under state or federal law.

Should this bill become law, it will override many Texas cities’ anti-discrimination ordinances that include LGBT people.