The Alliance Defending Freedom’s Kristen Waggoner was featured at an event at the right-wing Heritage Foundation on December 6, the day after Waggoner argued the Masterpiece Cakeshop, Ltd. v Colorado Civil Rights Commission before the Supreme Court. 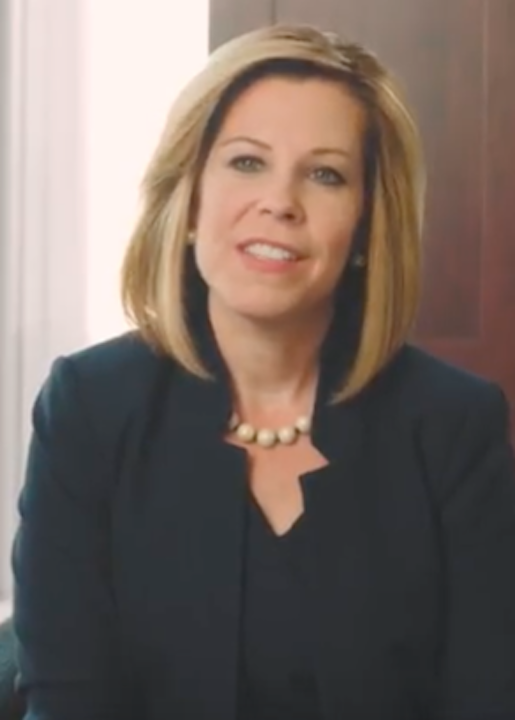 The case will ultimately determine whether a business can turn people away on a religiously motivated basis. Jack Phillips is a Christian baker in Colorado who in 2012 refused to bake a cake for a same-sex wedding. Because Colorado includes sexual orientation in its anti-discrimination law, Phillips was found in violation of the law. ADF took his case and have been pushing to get it to the Supreme Court. They argued that Phillips’ free speech rights are being violated by the state, forcing him to bake a cake for a gay wedding, with which he does not agree because it conflicts, he says, with his Christian faith.

Waggoner was joined by Ilya Shapiro, a senior fellow in Constitutional studies at the Cato Institute and Lloyd Cohen, a law professor at George Mason University. Both Shapiro and Cohen filed amicus briefs with the Supreme Court in support of ADF’s case.

The American Family Association* released its “naughty or nice” Christmas list a few weeks ago, in which they declared certain businesses Christmas friendly or not. The Liberty Counsel* released theirs (“naughty and nice”), as well, and the two lists conflict in that some businesses on the Counsel’s “naughty” list are on the AFA’s “nice” list.

The Liberty Counsel calls Dick’s Sporting Goods, Rite-Aid, Banana Republic and TJ Maxx “naughty” while AFA has all of those on their “nice” list.

As far as battle strategy goes in the so-called “war on Christmas,” this one may not be as effective as either group would hope.

“We are here today supporting Jack Phillips and all of the Christians, and other Americans, who he represents,” Perkins said.

I hope the court will hear this and I hope the media hears this; all we want for Christmas is the freedom to speak and live according to our beliefs. Whether that's at work, whether that's at home, whether that's in our place of worship, wherever we go, we simply want the freedom that our Constitution guarantees us, the freedom to believe and live according to those beliefs. Merry Christmas.Perkins is a long-time anti-LGBT activist who has linked homosexuality to pedophilia. FRC’s website refers to homosexual conduct as “harmful to the persons who engage in it and to society at large, and can never be affirmed.” The site also states that “It is by definition unnatural, and as such is associated with negative physical and psychological health effects.”

Perkins is a long-time anti-LGBT activist who has linked homosexuality to pedophilia. FRC’s website refers to homosexual conduct as “harmful to the persons who engage in it and to society at large, and can never be affirmed.” The site also states that “It is by definition unnatural, and as such is associated with negative physical and psychological health effects.”

JBM, an ex-gay ministry headed by “ex-lesbian” Janet Boynes, conducted a live interview on its Facebook page December 5 with Grayson Bearden, the executive pastor for creative development/student ministries and worship at Journey Church in Corpus Christi, Texas. According to an email blast sent out by JBM:

Grayson will share his story during the interview of how he was molested and exposed to perverse sexuality at a young age. His experiences propelled him into a life of homosexuality.

A popular claim among anti-LGBT, ex-gay therapy supporters is that LGBT people were molested during childhood, which cause them to be gay, when in fact there is no definitive link (see also here and here) between cause (sexual abuse) and effect (homosexuality).

JBM will also host its annual conference call December 7 at 7 p.m. CST. This year, the special guests are Pastors Dean and Jane Bearden from Journey Church, who are Grayson Bearden’s parents.

The Liberty Counsel filed a lawsuit December 4 in federal court against the city of Tampa for prohibiting ex-gay therapy for minors.

The harmful and pseudoscientific practice of ex-gay therapy, also known as “reparative” or “conversion” therapy, claims to make LGB people heterosexual or to at least somehow “blunt” attractions to people of the same sex.

The Florida-based Liberty Counsel is claiming a violation of First Amendment rights in the wake of Tampa’s unanimous decision to adopt the ordinance earlier this year. The ordinance does include exemptions for nonprofessional therapists affiliated with religious organizations, fines for professionals can go as high as $1,000 and $5,000 for repeat offenders.

In a statement released by Liberty Counsel the group’s president Matt Staver, said,

The City of Tampa has no authority to prohibit a form of counseling simply because it does not like the religious beliefs of a particular client. Tampa’s prohibition is blatantly unconstitutional and causes harm to countless minors, and Liberty Counsel will not stand by as authoritarian members of council blatantly ignore the First Amendment.

The lawsuit cites anti-LGBT psychologist Nicholas Cummings, a former president of the American Psychological Association (APA) who now believes the organization has been taken over by ultraliberals beholden to the “gay rights movement.” Cummings himself is a practitioner of ex-gay therapy, which an APA task force determined may involve some risk of harm and is unlikely to be successful. 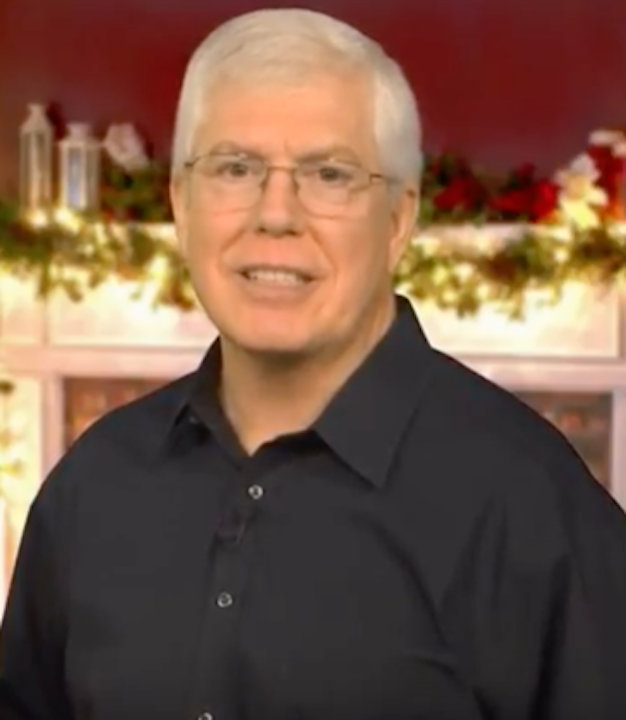 The lawsuit also cites the American College of Pediatricians (ACP)*, a tiny breakaway group from the more than 60,000-member American Academy of Pediatrics. ACP has a history of propagating damaging falsehoods about LGBT people, including linking homosexuality to pedophilia and making claims that LGBT people are more promiscuous than heterosexuals, and that LGBT people are dangerous to children. The group has also been called out for distorting legitimate research with regard to LGBT people.

This isn’t the first time the Liberty Counsel has filed a lawsuit in support of ex-gay therapy. In 2013, it filed a lawsuit against New Jersey for its ban on ex-gay therapy for minors. The Third Circuit Court of Appeals upheld the ban, but the Liberty Counsel kept appealing, trying to get the case to the Supreme Court until 2016 when for the third time, the Court declined to hear the case, thus leaving the ban in place

World Congress of Families held its fifth regional conference in the Caribbean November 17 and 18 in Saint Lucia, hosted by the Caribbean Centre for Family and Human Rights (CARIFAM), which was founded by government official Sarah Flood-Beaubrun. St. Lucian acting prime minister Guy Joseph attended, according to a press release by St. Lucia LGBTQI group United and Strong posted in the St. Lucian News online.

One of the general sessions included “Understanding Sexualized Attachments and Homosexuality,” led by Floyd Godfrey, executive director of Arizona’s Family Strategies Counseling Center. Godfrey claims he had been attracted to other men during his teen years, and wrote a book about his “recovery” process.

Stanton has referred to homosexuality as “a particularly evil lie of Satan” and claims that same-sex marriage “deconstructs humanity itself” and in one instance, the American Anthropological Association condemned Stanton’s “deliberate misrepresentation of the anthropological community” with regard to marriage equality.

Slater has been an anti-choice and anti-LGBT activist for years in Africa and at the U.N. She is a proponent of ex-gay therapy, and has disseminated numerous materials about it, including a “documentary.” Slater has also supported the criminalization of homosexual sex. 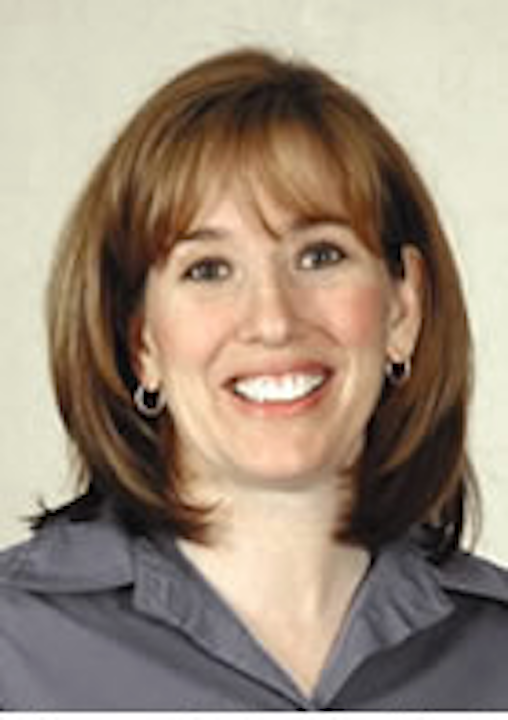 Morocco is the only African-Arabic country with a resident ambassador to the Caribbean. The St. Lucia Star online stated that the Kingdom of Morocco extended assistance to the countries of Dominica and Barbuda after Hurricanes Irma and Maria.

WCF also held an African regional conference in Malawi November 29 and 30. Keynote speakers were Sharon Slater and WCF’s director of coalitions, Don Feder, who also sits on the board of advisors of the anti-immigrant hate group Federation for American Immigration Reform, which was founded by white nationalist John Tanton.

The Malawi gathering included plenary sessions on pornography, parenting and homosexuality and a reception was held with local parliamentarians from committees on education, health, and legal affairs.

As noted above, Alliance Defending Freedom* argued the Masterpiece Cake case before the Supreme Court Dec. 5. A ruling will not come for several months, but if ADF prevails, and depending on the scope of the ruling, anti-discrimination ordinances around the country could be affected and legal discrimination against LGBT people and possibly others on the basis of religion may become a new precedent.

According to a December 4 article in the Texas Monthly, the Christian Right plays a heavy role in Texas in ensuring federal judges ally with the overall goals and views of the conservative Christian religious right.

The Texas Federal Judicial Evaluation Committee, which has a major influence on selecting people President Trump will nominate for lifetime appointments to the federal bench, meets in secret with no public disclosure of records.

The choices the FJEC makes shapes federal court rulings for decades on gerrymandering, LGBT rights, religious exemptions, and immigration. The committee vets candidates for U.S. senators John Cornyn and Ted Cruz, who then make recommendations to the White House.

Though both senators describe the committee as “bipartisan,” Texas Monthly claims that it is composed primarily of Republican attorneys, which may create conflicts of interest. The panel also provides an inside track for the hard right Texas-based First Liberty Institute, whose president, Kelly Shackelford, is a member of the evaluation committee.