Stephen Miller linked immigration to violence in emails to Breitbart News – writing of crimes committed by nonwhites that “each one [is] more disturbing than the next.”

“It has never been easier in American history for illegal aliens to commit crimes of violence against Americans,” Miller, now White House senior policy adviser, argued in a Jan. 5, 2016, email with the subject line “off-the-record observation.” 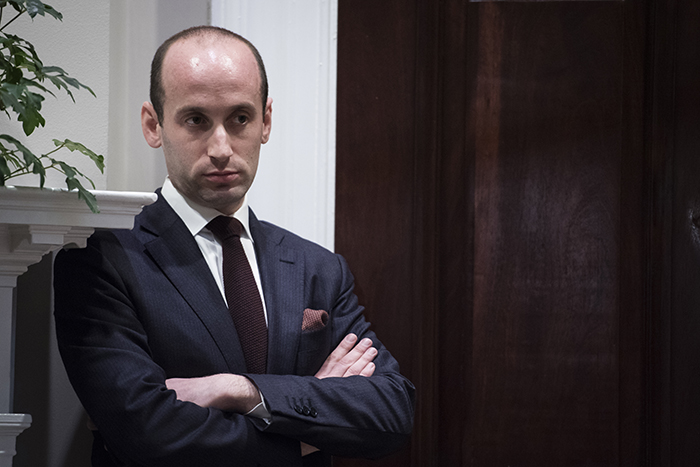 Miller was referring to “convicted criminal aliens” he said the Obama administration was releasing from U.S. Immigration and Customs Enforcement. Months earlier, Miller read an op-ed in The Wall Street Journal that debunked a connection between immigration and crime, the emails show, but he chose to ignore it.

Jason L. Riley, a senior fellow at the conservative Manhattan Institute for Policy Research, noted in the op-ed that “numerous studies going back more than a century have shown that immigrants – regardless of nationality or legal status – are less likely than the native population to commit violent crimes or to be incarcerated.”

In a July 15, 2015, email to Breitbart, Miller dismissed Riley’s writing as being “more lies about new [A]merica,” borrowing language found in white nationalist writing about evolving demographics. Hatewatch reached out to Riley for a comment about Miller’s email, but the think tank analyst did not respond.

The two Miller emails cited earlier are emblematic of his views toward immigrants of color, apparent in the more than 900 emails McHugh shared with Hatewatch. Throughout Miller’s emails, he repeatedly portrays those immigrants as threatening or violent.

Breitbart News has dismissed the emails McHugh sent to Hatewatch. Breitbart spokeswoman Elizabeth Moore pointed out that the person who leaked the emails was “fired years ago for a multitude of reasons.” McHugh has said she was fired for anti-Muslim tweets and has since renounced the far right. She admits she should not have taken part in what two journalism experts contacted by Hatewatch called a propaganda campaign by Miller.

“It is no surprise to us that the SPLC [Southern Poverty Law Center] opposes news coverage of illegal-immigrant crime and believes such coverage is disproportionate, especially when compared to the rest of the media, which often refuse to cover such crimes,” Moore wrote to Hatewatch. 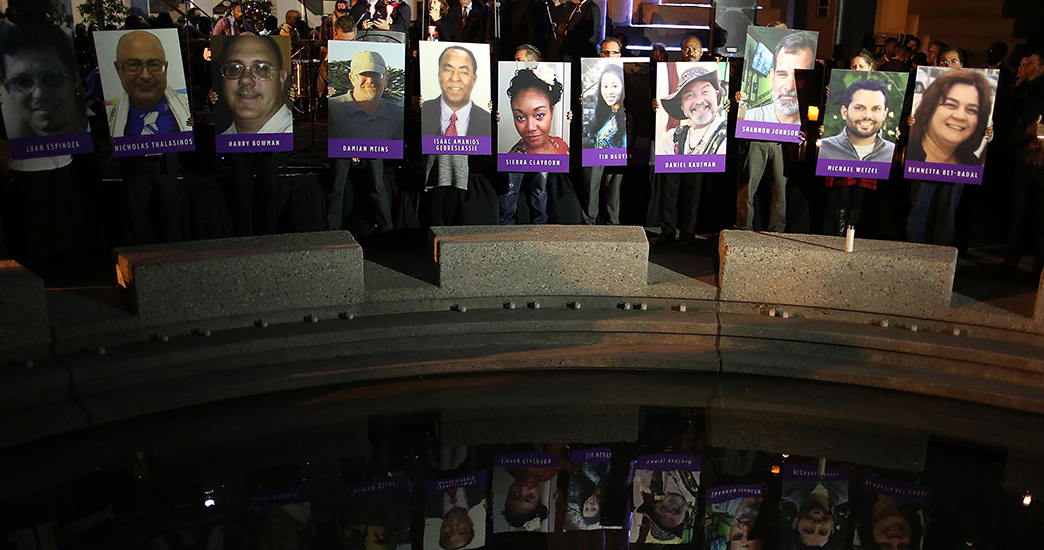 Attendees hold photos of victims at a vigil held in San Bernardino, California, five days after the Dec. 2, 2015, shooting at the Inland Regional Center that killed 14 and injured more than 20 others. (Photo by Joe Raedle/Getty Images)

Here’s how Miller reacted to a story about a settlement between the American Civil Liberties Union and the Department of Homeland Security allowing immigrants with mental illness to reopen their cases in an email to McHugh and Julia Hahn, then another Breitbart editor:

Miller often equated Muslim refugees explicitly with acts of terrorism in his emails to Breitbart. He viewed such attacks as justification to prevent refugees from entering the country, and during the Trump era, the United States has drastically lowered the number of refugees it admits.

Miller wrote at length on this subject in a Sept. 5, 2015, email to McHugh, then-Breitbart chief Steve Bannon and two other editors. Miller made the comments on a thread after sending a list he compiled of news stories about terror plots staged by Muslim extremists, and his language appears to borrow heavily from the type of rhetoric prominent anti-Muslim pundits use.

Miller, Sept. 5, 2015, 9:52 p.m. ET: “It is shocking to look at the list, as we’ve compiled, of the number of foreign-born terrorists in the United States on voluntarily [sic] visas we handed out.

“The U.S. has been taking in Muslim refugees for decades, without any kind of pause or assimilation effort, creating huge pockets of radicalization. What plays out as chaos in Europe has been a longer-running and far more orderly process in the United States wherein poor Muslim migrants are legally brought here, placed into un-integrated communities, given preferential treatment for jobs, welfare and affirmative action, and plugged into our grievance culture.”

After an ISIS-inspired mass shooting on Dec. 2, 2015, in San Bernardino, California, that left 14 people dead, Miller expressed outrage that one of the perpetrators was a U.S. citizen.

McHugh, Dec. 3, 2015, 8:26 a.m. ET: “Watching Trump’s Q&A again and I’m in awe. He’s operating on several different levels. We need a piece on his rhetoric … I have to do it … If he somehow wins this country will become dramatically different and Americans will carry themselves as a new people.”

Miller returned to the subject hours later, attempting to tie the attack to one of his favorite targets in the emails – U.S. Sen. Marco Rubio of Florida.

Miller, Dec. 3, 2015, 4:55 p.m. ET: “Rubio doubles-down just now on [Neil] Cavuto on admitting young Syrian refugees on FOX news, because he says the young ones can be vetted.

“Does he not realize the San Bernardino killer was born here to Pakistani immigrants? You can't screen for that. The chatonooga [sic] killer came here from Kuwait when he was 6! If you bring in more people who support Sharia you get more terrorism.”

Miller often wrote about crimes committed by Latin American immigrants as part of an ongoing pattern of violence. For example, McHugh sent him a Dec. 17, 2015, story of hers, “New Jersey Police Arrest Illegal Alien for Repeatedly Sexually Abusing Child.”

Miller referred to a July 7, 2015, Salon.com article debunking a connection between immigration and crime by referring to it as “the indoctrination campaign” in the email’s subject line.

“Don’t believe your lying eyes and those liars in law enforcement,” Miller quipped in an email to McHugh on the day the article appeared. 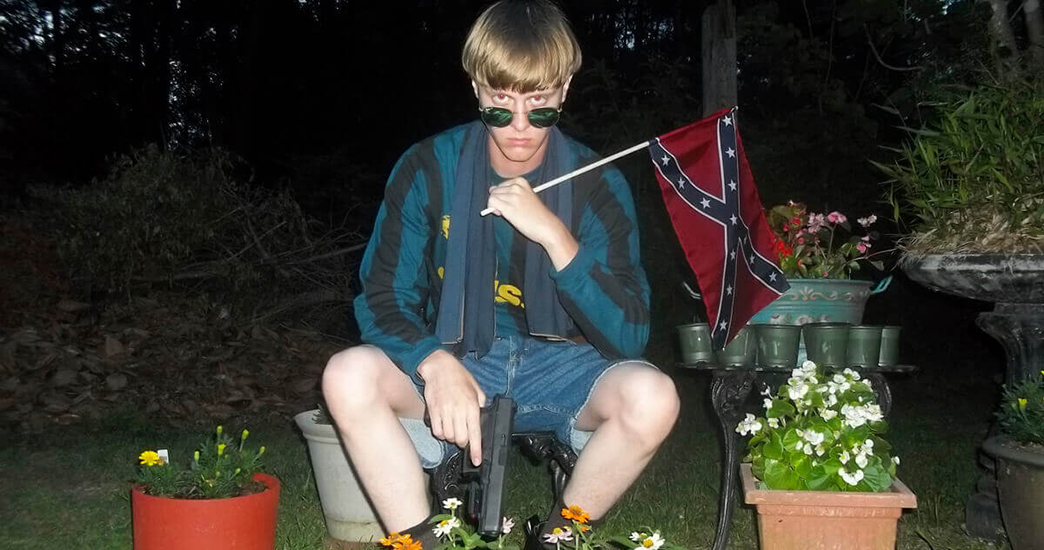 Dylann Roof was sentenced to death for the June 2015 massacre of nine people at the Emanuel African Methodist Episcopal Church in Charleston, South Carolina. (Photo via Facebook)

A different view of crimes by whites

Miller’s treatment of the Roof case fits a pattern in the emails to McHugh: He never highlights a violent crime committed by a white person. Sporadically, however, he uses the subject as a potential springboard for Breitbart to write about crimes by nonwhites. He shared a Dec. 7, 2015, article from the website EAGnews.org with the headline, “School principal: ‘Only terrorists we need to fear are domestic white Christian men.’” 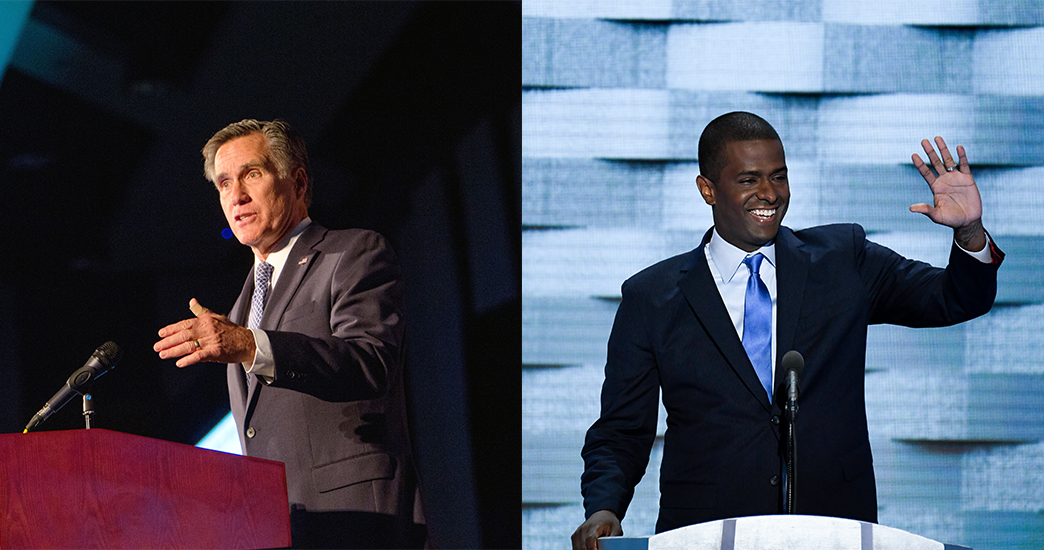 The White House has dismissed Hatewatch’s reporting on Miller’s emails to Breitbart by calling the SPLC “an utterly-discredited, long-debunked far-left smear organization.” But it hasn’t denied the authenticity of the emails McHugh sent to Hatewatch.

The White House has also intimated to reporters that Hatewatch’s reporting was motivated by antisemitism (Miller is Jewish) despite the SPLC’s record of fighting hate and bigotry and its recent work exposing the identities of antisemites.

Antisemitic white nationalists such as Andrew Anglin of the Daily Stormer have largely given Miller’s religion a pass in recent years because of the draconian immigration policies he has promoted as a Trump adviser. On June 26, 2018, Anglin wrote about whether Miller could be considered a white nationalist despite being Jewish:

The thing here is: Stephen Miller… actually is pushing for white nationalist policies. That doesn’t mean he is a ‘white nationalist.’ But all of the policies he is advocating are the ones that white nationalists would be advocating in his position. Again: everything that he does is intended to stop brown people coming in while getting as many as possible out.

It is simply a fact that there is nothing I have seen this Jew do that I disagree with. I don’t know what that means, or really feel a strong need to make a determination about what that means. I’m happy with him continuing doing what he is doing, as he appears to be doing it very well.

More than 100 Democratic lawmakers have called for Miller’s resignation in the aftermath of Hatewatch’s reports on his emails. Republican Sen. Mitt Romney of Utah told HuffPost on Tuesday that he wants Miller to address the issue.

“I’d love to hear him more fully describe his involvement with that movement,” Romney told the website. “I know the president gets to choose who’s around him, but I don’t think that reflects as well as it might.”

Bakari Sellers, a South Carolina political commentator who once served in his state’s House of Representatives, told Hatewatch that white nationalists “know the violence, the death that comes from their ideology.”

He said the black community of South Carolina sees Miller’s framing of the Roof murders in the context of Trump’s presidency as a whole.

“We believe Trump to be racist,” Sellers said. “Only a racist person would have someone like Miller around him.”