A member of the white nationalist group Patriot Front has pleaded guilty in Texas to federal charges of illegally possessing guns and ammunition.

Sentencing for 33-year-old Joffre James Cross III is scheduled for May 27 in Houston.

Cross entered the guilty plea on Feb. 5 in U.S. District Court nearly a year after federal officials searched his home and found a Vyatskie Polyany 7.62 caliber rifle and approximately 2,200 rounds of ammunition.

Investigators also found in the house a self-assembled .45 caliber pistol and two homemade AR-15-style rifles and an AR-10-style rifle, none of which had serial numbers. These weapons are sometimes known as “ghost guns” because they cannot be traced. 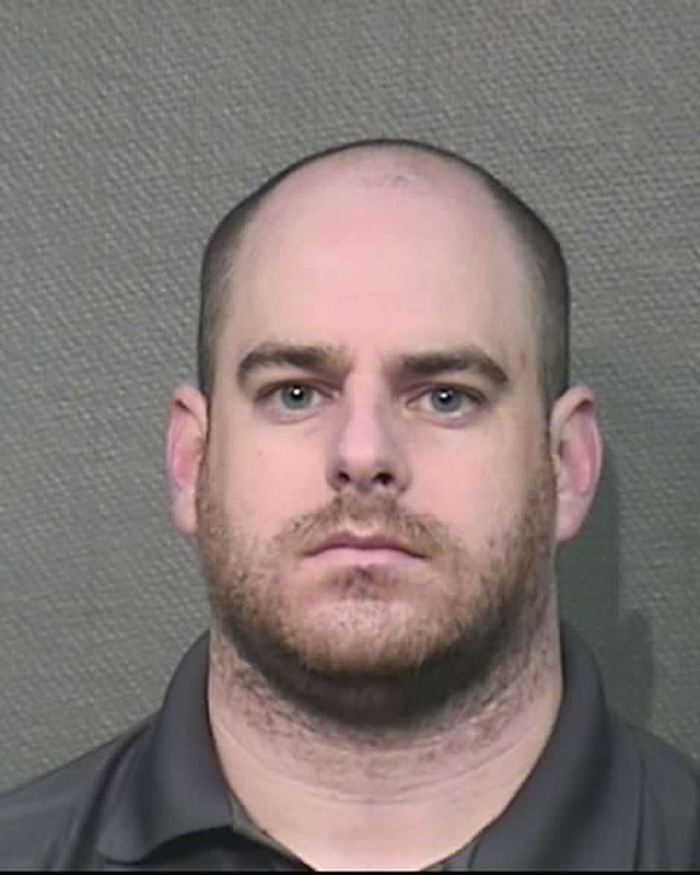 Investigators also seized a lower receiver for a gun, which houses the mechanical parts for a firearm, including the pieces that project the bullet.

He faces a maximum of 10 years in federal prison and a $250,000 fine. Cross is being held in federal custody pending sentencing.

Federal prosecutors are seeking to seize the homemade weapons.

Cross is a former private in the Army’s U.S. 82nd Airborne Division at Fort Bragg, North Carolina. He spent five years in federal prison after being convicted in April 2008 of distribution of controlled substances.

In that case, Cross and a co-defendant were charged with stealing syringes containing morphine and the anti-anxiety drug diazepam.

That conviction made it illegal for Cross to have guns or ammunition.

Police in Houston arrested Cross in February 2019, charging him with being a felon in possession of a firearm and body armor – Kevlar ballistic helmets and ceramic plate carriers.

Cross has pleaded not guilty to the state charges. A state court judge on Feb. 18 postponed Cross’ trial until June.

Patriot Front is a white nationalist group that broke away from Vanguard America after the deadly “Unite the Right” rally in Charlottesville, Virginia on Aug. 12, 2017.

Vanguard America, which helped organize the gathering, became nationally known after the arrest of James Alex Fields of Maumee, Ohio, now 22, who marched with the group that day and was convicted of driving his car into a crowd of counterprotesters after the rally, killing 32-year-old Heather Heyer.

Cross also has ties to the Aryan Renaissance Society, a white supremacist group with connections to the racist skinhead scene of the 1990s.

Aryan Renaissance Society and Ken Reed, one of its leaders, organized protests over recent years that brought together racists (including members of Atomwaffen Division) through its affiliate group, White Lives Matter.

Cross was seen at a speech by alt-right frontman Richard Spencer at Texas A&M in December 2016, providing security along with other white supremacists.

Cross is an associate of white supremacist William Henry Fears IV, and has posted online about connections to multiple extremist groups.

Fears is currently in prison in Texas, serving a five-year sentence after pleading guilty to assault on a family member, impeding breathing. The charge stemmed from an incident where he choked his girlfriend.

Fears, his younger brother, Colton Fears, and a friend, Tyler Tenbrink, drove from Texas to Florida to attend a speech by white nationalist leader Richard Spencer at the University of Florida.

Police arrested Tenbrink and Colton Fears after the speech, when a confrontation broke out between Spencer supporters and protestors.

Tenbrink pleaded no contest to firing a shot at the group. He’s serving a 15-year sentence in a Florida prison.

Colton Fears, who drove the car during the confrontation, pleaded guilty to accessory after the fact to attempted first-degree murder. He is serving five years in prison in Florida.