Michael Hill has no intention of letting a global pandemic cancel plans for the League of the South’s annual conference.

The 68-year-old Hill, president of the League, posted the following to the group’s website March 18.

“At present, we are doing more than simply ‘monitoring’ the situation. We are actively making plans and raising funds to help our members who are in financial straits, and we are moving ahead with our plans for upcoming events, including our 2020 national conference in late June.” 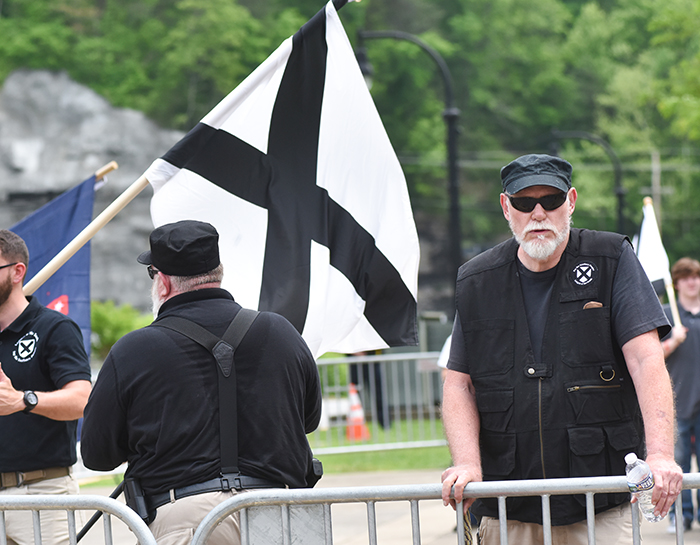 Hill’s decision goes against the Centers for Disease Control and Prevention’s (CDC) recommendations against gatherings of more than 10 people. Older adults in particular are likely at higher risk for the disease, the CDC notes. The average age of the League’s state chairmen and national staff is roughly 57.

The League held its annual conference in Wetumpka, Alabama, from 2013 to 2018 at a building owned by former LOS member Mike Whorton. Following Whorton’s departure from the group the 2019 conference was in Pine Level, Alabama.

It is unclear what resources the League has to aid its members experiencing economic hardship due to the unprecedented COVID-19 outbreak and its attendant economic collapse. The League has been financially stymied by a civil lawsuit related to its participation in the 2017 “Unite the Right” rally in Charlottesville, Virginia. The organization has been unable to effectively fundraise due to its removal from most major payment platforms.

When one of its leaders stood trial on firearms charges last year in North Carolina, the group was unable to raise funds for her defense.

Hill is currently raising funds by selling $12 vehicle decals adorned with the group’s name and insignia on the group’s page on social media platform VK.

Perhaps acknowledging the League’s aging, Hill has also repeatedly asked older members on VK to include the League in their will.

“If you want to support The League of the South long-term in the fight against our Marxist enemy, please consider putting us in your will. And if you don’t have a will yet (and everyone should, regardless of age), then our attorneys will help you draw one up free of charge. Just let us know your plans and needs. Thanks in advance for your generosity.”