The United States’ troop withdrawal from Afghanistan has sparked virulent anti-refugee rhetoric among the far right, especially those in the organized anti-Muslim movement.

This contrasts with popular, bipartisan support from the American public and many lawmakers for resettling Afghan citizens in the United States. On Aug. 30, the U.S. ended its military occupation of Afghanistan, bringing an end to the country’s longest war. Anti-Muslim groups and some of their allies soon began churning out alarmist articles and talking points about Afghan refugees being resettled in the U.S. 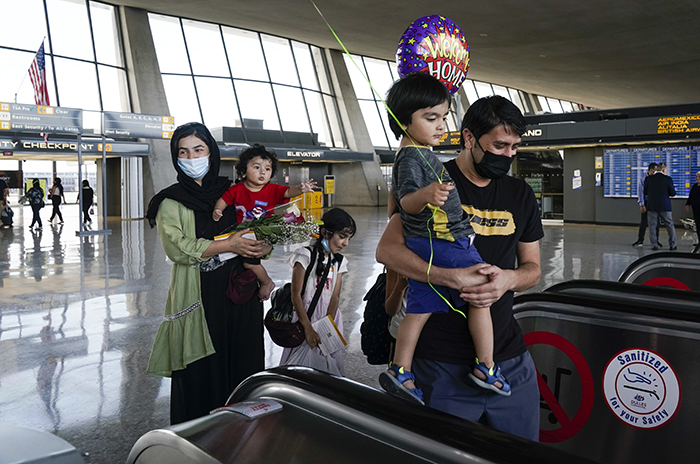 The chaotic withdrawal left tens of thousands of Afghan citizens scrambling as a resurgent Taliban moved into the city of Kabul. The U.S. has been working to resettle Afghan people trying to flee the country. Anti-Muslim groups deployed familiar tactics of framing refugees from Muslim majority countries such as Afghanistan as not only a national security threat but also a cultural one. 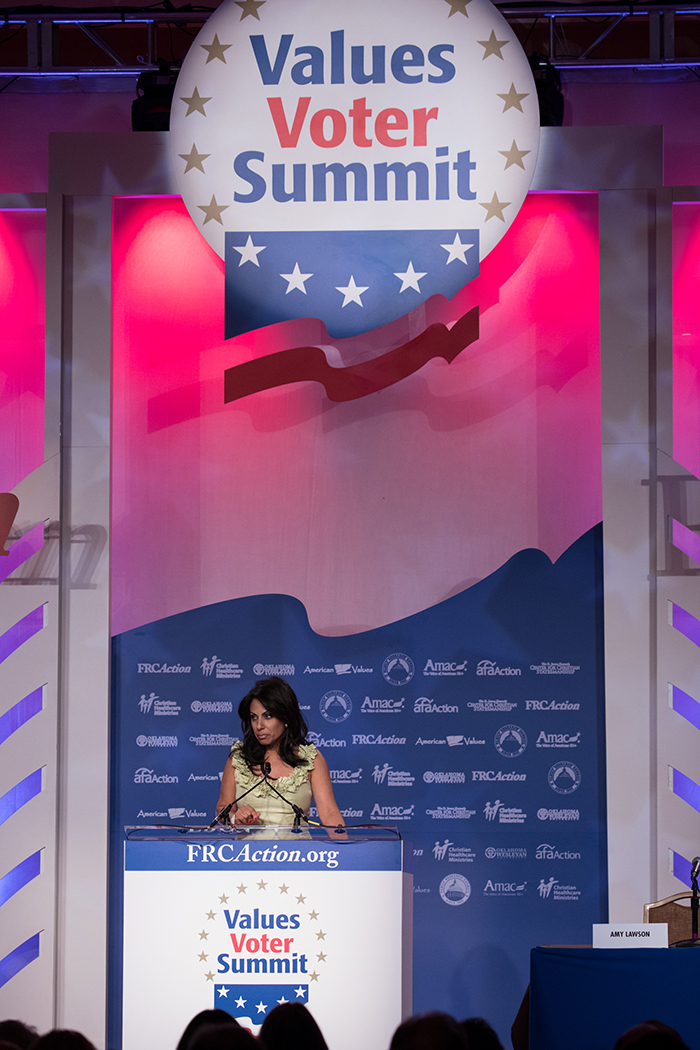 Brigitte Gabriel, founder and president of ACT for America, speaks at the 2017 Values Voter Summit at the Omni Shoreham Hotel in Washington, D.C. (Photo by Cheriss May/NurPhoto via Getty Images)

The anti-Muslim hate group ACT for America initially called to prioritize getting Americans out of Afghanistan first before helping Afghan citizens. But that seemingly tempered response soon dissipated, and the group began attempting to equate Afghan refugees with national security concerns. ACT’s leader, Brigitte Gabriel, began showing up on conservative media outlets such as Newsmax to claim some refugees have been flagged on terrorist watchlists, though such lists have been a subject of controversy. The group’s response appeared to become more rooted in refugee fearmongering rather than legitimate safety concerns. “STOP THE INVASION OF AMERICA! All Afghan refugees must be PROPERLY VETTED!” the group tweeted on Sept. 1. Another tweet from ACT on Sept. 14 stated, “No more refugees. America is full.”

Alejandro Mayorkas, secretary of the Department of Homeland Security, the agency tasked with handling Afghanistan resettlement efforts, has assured that proper vetting processes are in place. A small number of Afghans arriving have been flagged for additional screening and background checks. Since Aug. 17, more than 60,000 Afghan refugees have arrived in the United States. The Biden administration is asking Congress for additional funding, saying they expect to resettle a total of 95,000 Afghan citizens. While the U.S. is working to resettle people from Afghanistan, immigrant-rights advocates have criticized the Biden administration for using the Trump-era policy Title 42 to deport large amounts of asylum seekers and migrants at the U.S. Southern border without a hearing.

Assurances of vetting from the Biden administration did not seem to quell inflammatory rhetoric about refugees. Anti-Muslim firebrand Pamela Geller, blogging about extremists supposedly being embedded among those seeking refuge, wrote, “And when they slaughter Americans, the Democrats will blame ‘islamophobia.’” 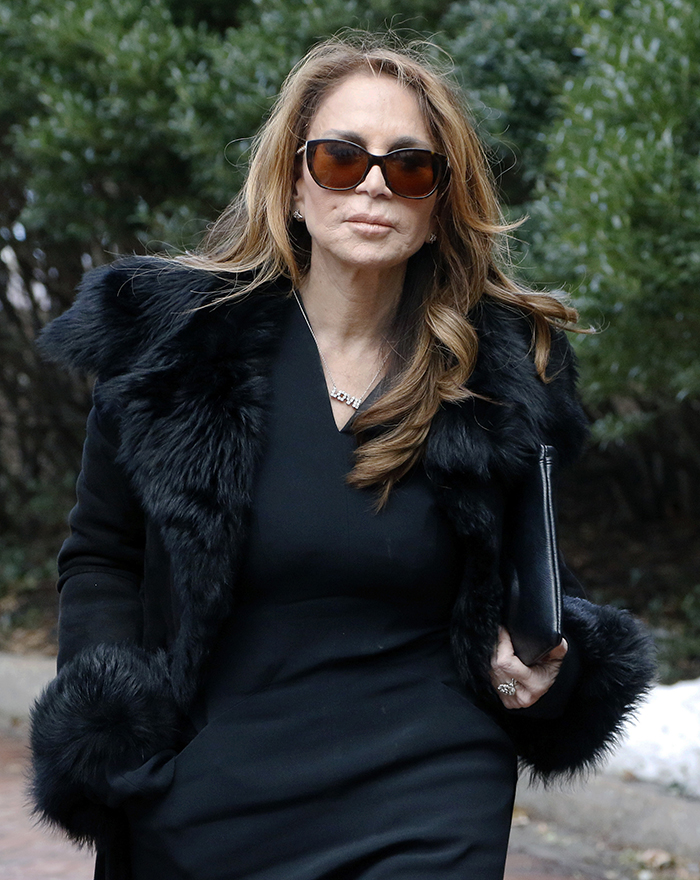 John Guandolo, a former FBI agent turned anti-Muslim conspiracy theorist, framed Afghan citizens arriving as a potential cultural threat, urging those who are Muslim to renounce parts of their religion in order to be admitted. “Those who served honorably with U.S. troops and/or as a part of the U.S. war effort in Afghanistan who renounce sharia and adopt American principles for their lives should be given an opportunity to come to America,” he wrote in a blog published on his group Understanding the Threat’s website. Sharia law is a set of guiding religious principles for Muslims. Anti-Muslim hate groups work to twist Sharia into something insidious to sow fear of Islam.

Efforts to safely resettle Afghan refugees have received bipartisan support from some lawmakers and the public. But it has also caused a schism between Republicans on if and where refugees should be resettled.

Rep. Marjorie Taylor Greene, R-Ga., known for her anti-Islam views, pushed back against resettling Afghan refugees in Georgia. “Will this bring chain migration too? How much will it cost GA taxpayers in [government] assistance?” she tweeted.

Greene also said she doesn’t want the future of Georgia to “be like MN that voted for Omar,” in reference to the many Somali refugees living in the Minneapolis area and being represented by Rep. Ilhan Omar, D-Minn., a refugee herself.

U.S. Rep. Matt Rosendale, R-Mont., issued a statement on Aug. 16, saying, “The chaos we’re seeing is not an excuse to flood our country with refugees from Afghanistan.”

Rep. Brian Babin, R-Texas, who has previously called refugee resettlement programs a “trojan horse” threat and has been an ally to anti-Muslim groups, co-authored a letter with other GOP lawmakers to Biden expressing concerns about vetting Afghan refugees. Babin tweeted on Sept. 15, “Take a look at the raging #BidenBorderCrisis – is it really a wonder why we don’t trust the vetting process for the thousands coming to the US from a Taliban-controlled nation?”

An NPR/Ipsos poll published Sept. 8 found that seven out of 10 Americans, including strong majorities of Republicans and white rural voters, supported efforts to admit Afghan refugees. A CBS/YouGov poll from Aug. 22 found 81% of American adults surveyed along both party lines felt the country should “help those Afghans come to the U.S.”

Vets for American Ideals, a non-partisan veteran advocacy organization, has been working to build support for helping resettle Afghan citizens here. “Our communities must welcome our new Afghan neighbors and help them integrate and thrive here in the United States,” reads a Sept. 10 email to supporters.

Refugee advocates are working to dispel terrorism claims and center the humanity of those displaced from Afghanistan.

“These children and families are not terrorists – they feared terrorism and fled the Taliban,” said Krish O’Mara Vignarajah, president and CEO of Lutheran Immigration and Refugee Service, in a statement to CNN. “These people faced danger precisely because they share our values, and to suggest otherwise is deeply disrespectful to those who risked their lives on our nation’s behalf.”

Contextualizing refugee opposition and looking ahead

The U.S. withdrawal from Afghanistan came weeks before the 20-year anniversary of the terrorist attacks on Sept. 11, 2001. While anti-Muslim sentiment has long existed in the United States, the attacks of that day set in motion a cottage industry of misinformation peddlers devoted to stoking fear of Islam. By 2010, an organized, well-funded network of groups and figures aimed at marginalizing Muslims and their religion was established and exists today. The 9/11 attacks continue to be used by hate groups to push a clash of civilizations narrative and advocate eyeing Muslims with suspicion.

In recent years, some groups in the movement such as ACT for America and the Montana-based Last Chance Patriots began shifting from single-issue anti-Muslim themes to broader Trumpian causes. This has included anti-China fearmongering, pushing back against the government’s response to the Coronavirus, and stoking the specter of Critical Race Theory and antifa. Some ACT chapters have defected because of this.

But the opposition to the Afghan refugee crisis underscores these groups remain anti-Muslim at their core. “I think it’s time for us to resume our presentations about Islam and Sharia Law,” reads a Last Chance Patriots Facebook post from Aug. 21. “Coming soon to a neighborhood near you! Check the Missoulian for the article featuring the IRC’s boastful remarks about plans to resettle 10 Afghans in Missoula in the next month.”

Derailing refugee resettlement efforts has been a tactic of the anti-Muslim network since many of those displaced are from Muslim majority countries. In 2015, ACT for America launched a working group to push back against the resettlement program and “ensure that this broken system is fixed, and that potential terrorists are kept on the outside looking in.” The group also supported legislative efforts to ban refugees, such as Rep. Babin’s 2015 Resettlement Accountability National Security Act, which sought a moratorium on resettlement initiatives.

Opposition to refugees is often steeped in the same population and racial demographic anxieties that animates other factions of the far-right, like white nationalists. Such changes fundamentally challenge U.S. white supremacist power structures. Amy Mekelburg, the unmasked anti-Muslim Twitter troll, tweeted to her 222,000 Twitter followers: “Do you really think that none of the Afghans are Taliban? Remember when they are placed in your neighborhoods...It will be you who is forced to assimilate! #GreatReplacement.”

One of the leading anti-refugee voices in the U.S. is Ann Corcoran, who runs the hate blog Refugee Resettlement Watch. On the top of Corcoran’s blog reads the caption: “They are changing America by changing the people.” Anti-Afghan refugee rhetoric has featured heavily on her blog amidst U.S. efforts to resettle Afghan people here.

“America does not owe permanent residency and citizenship to tens (hundreds!) of thousands of Afghans!” Corcoran wrote in an Aug. 18 post. In the same post, she was supportive of Stephen Miller’s opposition to resettling Afghan refugees in the United States. Miller, an anti-immigrant extremist and former Trump adviser, was one of the first voices to express anti-Afghan refugee sentiment amidst the U.S. withdrawal from Afghanistan. Miller was instrumental in Trump’s Muslim ban and low cap on refugees. He has reportedly been working privately with some Republican lawmakers to push back against Biden’s refugee plans.

It appears Afghan refugees will continue to face opposition from some right-wing lawmakers. Chairman of the Republican Study Committee Rep. Jim Banks, R- Ind., sent a memo to the rest of the committee on Sept. 15 with his plans to fight back against the Biden administration’s plans to resettle Afghan refugees. The memo, obtained by Fox News, states: “It would be mind-bending to commemorate the 20th anniversary of 9/11 by giving any unvetted Afghan national with ulterior motives who has been evacuated now or in the future unfettered access to the American homeland.” The Republican Study Committee has previously hosted Miller to speak about immigration.

Discussions are refugee resettlement are likely to be ongoing. On Sept. 20, the Biden administration announced plans to increase the United States’ refugee cap to 125,000 starting Oct. 1. This would be an increase from Trump’s cap of 18,000. The Biden administration has been slow to reverse historic lows set by Trump, resettling only 7,637 refugees in 2021.

Refugee Council USA, a national coalition of refugee advocates, celebrated this in a press release, but also urged Biden to go further.

“We applaud the welcome being extended to vulnerable Afghans while condemning the deportation of Haitians and other forcibly displaced people back to situations of danger, in many cases without providing them with an opportunity to present their asylum claims as called for under US and international law,” the statement reads. “We will continue to hold this administration accountable not only for meeting its FY 2022 admissions goal but for also making sure the United States truly honors its legacy as a country of refuge.”