When Deleria Huff’s mother began to grow old, she would sometimes fall in the hallway of her three-bedroom family home in Mobile, Alabama. Deleria would be there to pick her up.

But one day, when Deleria’s mother had fallen, she told Deleria not to help her from the floor. She said her two sons would pick her up. “This particular day, she was still in her right mind, but the statement wasn’t. Your two boys in prison,” Deleria said. “I had to run outside and cry. Oh, I cried and cried.”

That was around 1990. Recently, on a crisp January afternoon, Deleria Huff stood outside that same house, which she owns. It’s now painted purple. Deleria favors bold colors.

“This is where we was raised, right here. I’m the youngest. The only one left.”

Deleria was born the third of three children in 1955. Her father had three sources of income: the Army, a lawn-cutting business that catered to Mobile’s white wealthy class, and work at a nearby paper mill. Her mother had a restaurant. The family moved into their home in 1960 and Deleria lives there today.

“We was the first [family] to move in, Black, to move in this area as far as we could see. Of course everybody was white. You started seeing for-sale signs going up right away.”

Thirty years later, both of Deleria’s brothers — Tanzy and Charles — would be in prison. Tanzy would serve three years on a 15-year split sentence. Charles received a life without parole sentence under Alabama’s draconian Habitual Felony Offender Act. The state meant for Tanzy to get out; it meant for Charles to die in prison.

No one was hurt in any of the crimes that led to the Huff brothers’ convictions.

Deleria was close with Charles, who was the middle child, from when they were young. Their parents doted on them; Charles came to be known as a “fine dresser,” Deleria said, and people in the neighborhood would watch for him to walk by every day to see what he was wearing.

“He was very particular about what he wore. He had to match. It had to come from certain stores.  My parents were able to buy it, and they did.”

Charles was convicted in 1983 of a first-degree robbery that occurred in 1981. The evidence against him appears slim. The court almost tossed out the case because the prosecutors were late in getting their witness, the victim, to the stand. He was in prison himself. Once they did, the trial was over quickly, though the witness was initially ambivalent about whether he could identify Charles, according to court filings.

Because Charles had prior convictions from the 1970s, for receiving stolen property and burglary, the state sought to put him in prison for the rest of his life. He was 31 at the time.

“That day when he got sentenced, I remember,” Deleria said. “I caught the bus and I cried all the way on that bus, all the way out of that courtroom. I had no shame. Because my heart was in deep pain, there wasn’t nothing I could do about it. Nothing. And I knew it was unfair; because I’m looking at these people go before him that were white. Some of them did worse things than Charles. Slap on the wrist.”

Over the years, Deleria and Charles tried to work together to reduce his sentence. He used networks in prison to find attorneys, while Deleria met and paid them on the outside. In 1987, Charles exhausted all of his appeals with no luck.

The next few years would be full of loss for the Huff family. Tanzy, the oldest Huff child, pleaded guilty to third-degree burglary and went to prison in 1989. Deleria’s mother and father both died.

Meanwhile, Charles remained in prison. He sent letters with Bible verses to Deleria. “I cried on many days. I prayed, prayed and prayed that he would be set free. I had already laid out plans for what we were going to do. All the positive things. And all through the years, I would buy him clothes hoping he would get out.”

Tanzy was eventually released, but Charles stayed locked up. He moved from Holman Prison to St. Clair Correctional Facility. Deleria, too, moved around the Southeast but always came back to their family home.

Finally, in 2013, Deleria and Charles found Richard Storm III, the Birmingham-based attorney who handled the cases of Archie Hamlett and Willie Parker, also profiled in this series. Storm set in motion the legal proceedings that would finally lead to a reduced sentence for Charles. 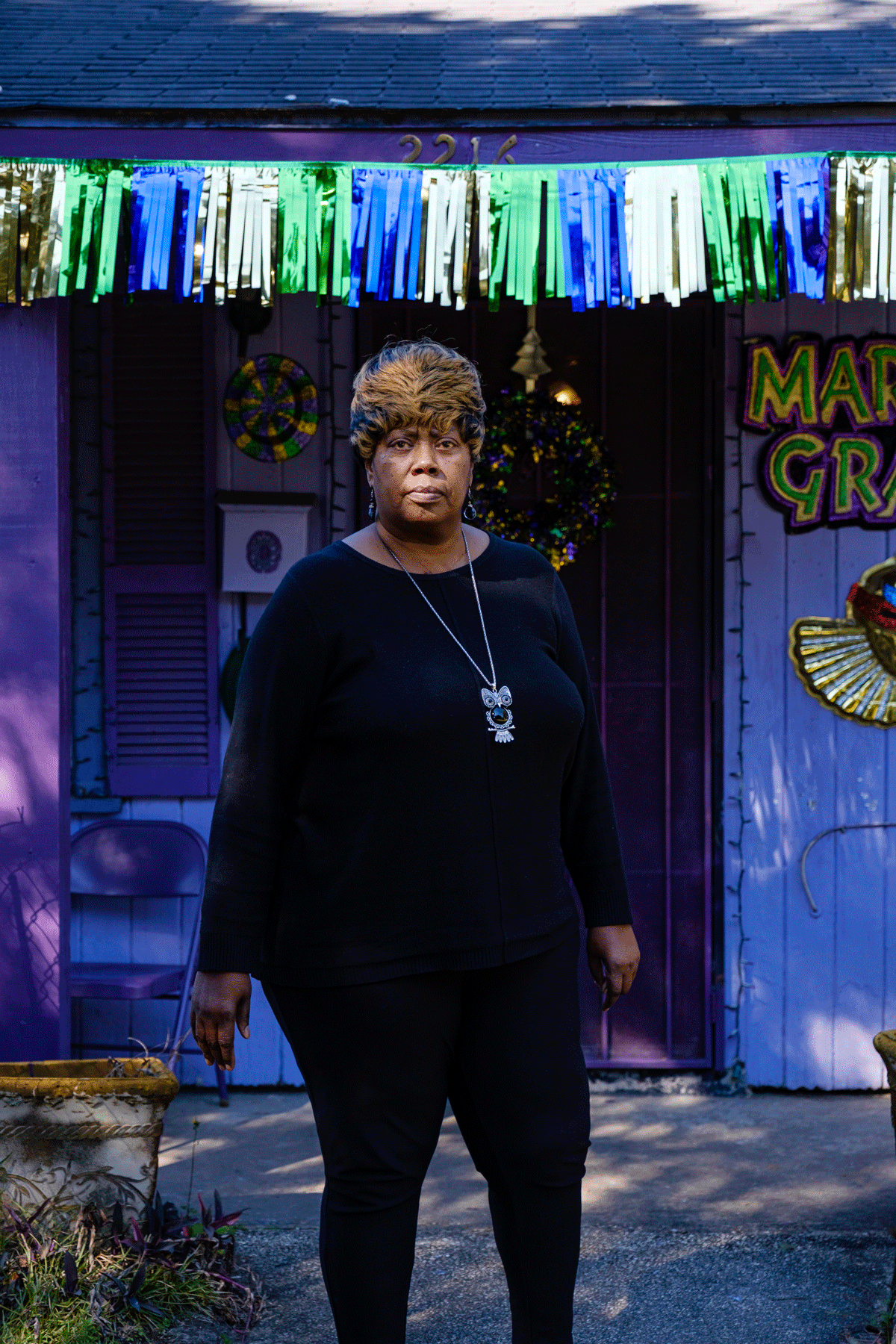 Storm succeeded in February 2015. A judge took note of the extreme nature of Charles’ sentence and amended it.

“Defendant has been incarcerated for over thirty-two years or nearly twelve thousand days,” the judge wrote. “The defendant should receive the same fair and impartial sentencing available to those current defendants similarly charged and now appearing before this Court.”

After the judge amended his sentence, Charles wrote to Storm: “I’m a new person. What a feeling. Thanks to God and thanks to you. When God is for you nothing can go wrong. (Smile)”

But as 2015 began with good news for the Huffs, it ended tragically. Tanzy Huff was killed by a speeding car while walking near the home where he grew up on Dec. 5, 2015.

Though Charles never saw his brother again, on June 21, 2016, he finally was paroled. He went free.

Weeks later, he celebrated his 65th birthday at the Huff home with friends and family. Every morning, he would wake up and go out to the front yard to sit at a table. “When his friends come by, that’s where they find him. God showed me why. He lost 35 years. His whole life is coming back over him.”

Soon, Charles fell very ill. At first, it looked to Deleria as though he was coughing up blood. The disease progressed quickly. But Charles always said he was fine. Once he was hospitalized, Deleria was struck by how much the white doctors came to love Charles in the short time he was in their care. “They say, we never met anybody like him, he's just got a spirit that draws you,” Deleria said.

Charles died on May 28, 2017, less than a year after he was released from prison.

“I got to brace up to say this,” Deleria said, sitting in the front room of her house. “He fought 35 years in that jungle. And God let him make it. Not a scratch on him that I could tell. He was just tired of fighting. He fought 35 years, now I got to fight for my life, physically? He just gave up. Had no more in him.”

But Deleria still finds a bright side.

I asked Deleria what she missed as Charles spent 35 years behind bars.

“The love being direct, here, with me,” she said. “Seeing Charles rehabilitate, get his life together, have a family — do the American Dream.”