Abdul Yaw Akachi was talking to his neighbors one sunny day in Florida when a voting rights advocate walked up to him.

“Are you registered to vote?” she asked.

He told her he had been knocked off the voter rolls because of a felony conviction.

“Was it nonviolent?” she asked.

It was, he said. He had served prison time for selling marijuana.

She informed him that, under a new law, he and other people convicted of certain felonies could get their right to vote restored. 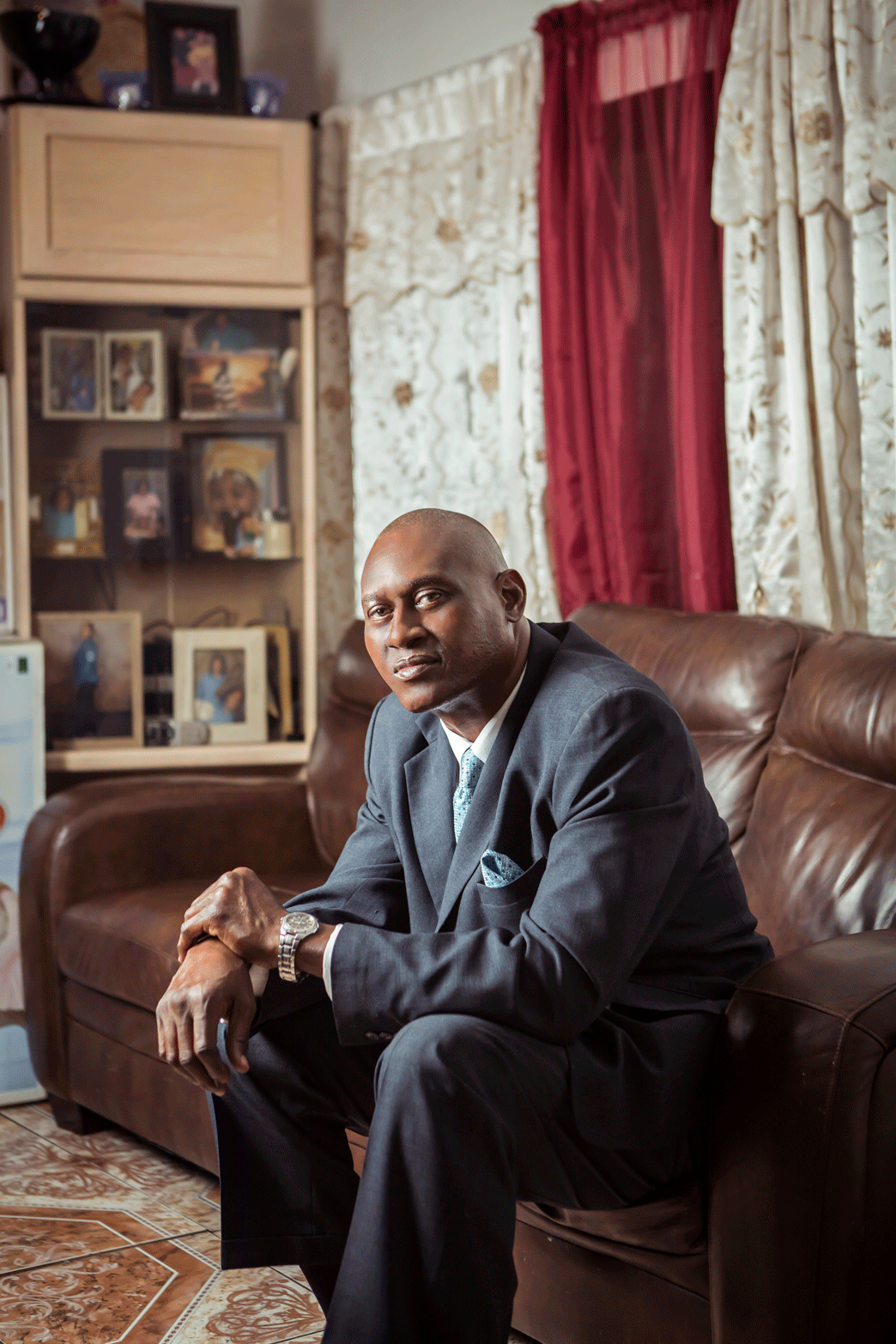 “If a man commits a crime and he goes to prison and serves all his time, I think his rights should be restored,” he said. “And everyone, whether they have a felony or not, whether they have committed a crime or not, that person has issues and that person should speak toward that issue that they have, and the only way to do that is to vote.

“So by taking away a man’s voting rights because he went to prison, it’s actually keeping him in prison, keeping him locked down. Because you don’t have a voice to speak on the issues that affect him in society.”

In November 2018, Florida voters overwhelmingly approved Amendment 4 to restore the vote to 1.4 million of their fellow residents with previous felony convictions. It was the largest single expansion of voting rights since the Voting Rights Act of 1965.

That victory, however, was quickly undermined by Florida lawmakers and Gov. Ron DeSantis, who put into place what amounts to a modern-day poll tax. The new law passed after Amendment 4 meant that hundreds of thousands of newly enfranchised people still couldn’t vote because of the legal debt they owed – such as fines, fees and court costs – but couldn’t afford to pay.

However, a February court ruling in an SPLC case allowed those plaintiffs who have served their time for felony convictions to cast ballots along with their friends and neighbors in Florida’s primary elections. The SPLC, however, is continuing to fight so that hundreds of thousands of others who have legal financial obligations also will be able to cast their ballots. During a trial later this year, the SPLC plans to enter additional evidence establishing that this voter-suppression law is unconstitutional.

Fortunately for Akachi, who also refers to himself as Brother Peter 3X, he does not owe any fines or fees and therefore was not affected by the most recent move by lawmakers to strip people of the right to vote. He is among the Floridians with a previous felony conviction who are discovering that they have a voice at the ballot box, a voice Akachi once believed he had lost forever.

A married father of two grown daughters and seven grandchildren, Akachi, 53, moved from New York to South Florida in 2004 when his wife’s mother had a stroke and needed special care. His sister, who lived not far from South Florida in the Bahamas, was suffering from kidney disease.

The family purchased a home in Miami Gardens, a predominantly Black city in north-central Miami-Dade County that is the home of the Hard Rock Stadium, which recently hosted Super Bowl LIV.

Eventually, Akachi’s mother-in-law and sister passed away, but Akachi and his family decided to stay in their South Florida home.

Akachi’s trouble with the law started back in New York, where he was convicted of selling marijuana and crack cocaine. He was sentenced to six and a half years in prison.

Because he entered a nine-month drug rehabilitation program, he was released from prison after only four and a half years, serving time from 1994 to 1999. Then he spent six months in a halfway house – an institution that helps people with criminal backgrounds re-integrate into society – and was on probation for three years.

After moving to South Florida, he was convicted of selling marijuana in Miami-Dade County in 2011. He was sentenced to 18 months in prison in that case.

But he did not lose the right to vote until 2014, when he was again arrested for selling marijuana and was sentenced to another 18 months in prison. This time, he only served four months of his sentence, with the remainder carried out in a work release program.

“I’m just thankful to God that He was just enough to only allow me to spend four months away.”

Life inside prison was difficult. He hated the toll it took not only on him, but also on his family.

“When you have to leave your family for a period of time to go to prison and then to have to rely on them to feed you because the prison is not giving you the type of feeding or food that’s necessary, it’s a hard day. Because they now have to work probably extra just to help you.”

Not everything was awful in prison, however. At 6 feet, 2 inches tall, he found out in a Pennsylvania prison – while serving time on the New York drug charges – that he could play basketball. The basketball team from Lycoming College, also in Pennsylvania, came to the prison to play against men locked up there.

“After the game the coach said to me, ‘If you weren’t in here, what I could do with you,’” Akachi said, adding that he could hit the basket from short or long range.

Although his felony record has prevented him in the past from voting, it has not stopped him from getting a job, he said. Akachi works a part-time janitorial job.

‘A voice that needs to be heard’

In his spare time, he likes to discuss issues affecting Black people in America, such as mass incarceration. He references the 13th Amendment, which freed enslaved Africans but also includes a provision that slavery is still allowed for people convicted of a crime.

“So slavery continues because according to one of the amendments they say once you commit a felony and go to prison, you shall be a slave.”

That’s why Akachi, who converted to Islam in 1995 while he was in prison, prefers the name he gave to himself, and he intends to change it legally. Abdul is Arabic for “servant of.” Yaw is Ghanaian for “born on a Thursday.” Akachi, which originated in African languages, means “God’s hand.”

As conscious as he is, however, he did not catch the news about Amendment 4’s passage right away, which could also be the case for many others in Florida.

“I knew that it was in the works. I didn’t know that it had passed. I try to watch the news and see what’s going on in society, but I guess I missed it. Right now, we don’t have cable where I live.”

Now that he is aware of Amendment 4 and has registered to vote, he is adamant about his voting rights.

“I’m really thankful that I got my voting rights back. That’s a voice that needs to be heard.”