When she is administering anesthetics to patients at Emory Midtown Hospital in Atlanta, Georgia, Alicia Smith wears an N95 respirator, a high-tech mask to protect her from most of the small, airborne particles that can carry the coronavirus.

As soon as she gets home each night, she takes off her shoes, heads for the bathroom and jumps into the shower before touching anyone or anything. She takes every precaution to protect herself, her elderly parents and her four-month-old son from any possible exposure to the virus.

But when she voted in Georgia’s primary election last month, Smith – like scores of others across the state – endured a perfect storm of voter suppression amidst the pandemic, and was unable to maintain her usual vigilance in avoiding COVID-19. 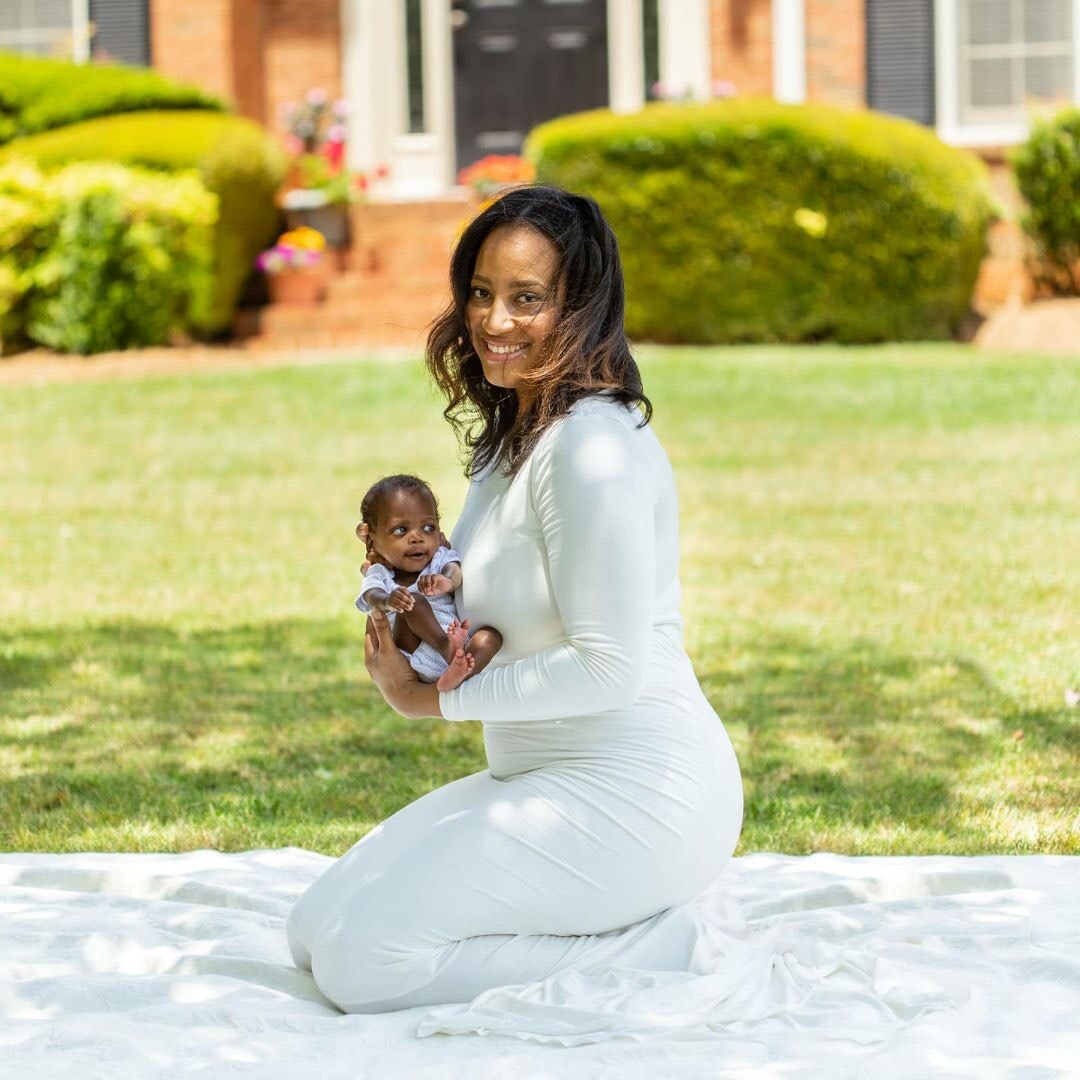 Smith was forced to wait three and a half hours in a long line with hundreds of other people outside an Atlanta voting precinct. She endured the hot sun, wind and rain with others who were not always wearing masks and who did not consistently maintain a social distance of six feet.

“There were some people in line that had their masks on,” said Smith, who wore a similar respirator to the one she wears at work in the voting line. “There were also people in the line who didn’t have masks at all. But no one wore their mask 100% of the time. Between snacking on whatever food you’ve got, trying to drink water, or just suffocating under your mask, everyone for a period of time had their mask down.”

Smith was one of hundreds of thousands of people attempting to vote in the primary marred by poll closures, malfunctioning machines and missing ballots that resulted in onerous delays and potential exposure to the virus. Even Atlanta Mayor Keisha Lance Bottoms had to vote in person because her absentee ballot never arrived. Bottoms tweeted her concerns about reports that several majority Black polling places had no working machines at all on election day.

Smith says such problems are nothing new in Black communities.

“I started voting when I was 18,” explains Smith, now 35. “I can recollect the same issues almost every year. There was always something with voting being suppressed, not all the ballots were counted, they had to go to paper because the machines didn’t work. It’s always something like that and it always seems to happen to us – us meaning African Americans or people who are minorities in general.”

Smith initially tried to vote early on the Friday before the Georgia primary, but decided against it after seeing burdensome lines on that day, too.

“I drove by and said if I’m going to wait that long I might as well wait until Tuesday,” she said.

But on election day, not all of the voting precincts were open. So, people from four precincts were squeezed into just one near Grant Park in Atlanta, where she lives.

“I didn’t know what it would look like for four precincts to be voting out of one, but it was really bad. People were really nice and thoughtful, and they were handing out water and food. But the line was definitely three and a half hours and that was starting at 2 p.m. If anyone showed up after 4, it was longer than that.”

A lack of basic precautions

Smith brought an umbrella with her to block the sun, but ended up needing it for rain, too.

“At one point, I shared my umbrella with a young lady because she didn’t have one. And we definitely weren’t anywhere near six feet apart. We were probably closer than each of us wanted to be, but the alternative was to stay in a downpour.”

When she finally got inside the polling place, poll workers were enforcing social distancing, but the machines were not being wiped down between each use.

“I thought the purpose of limiting the people who were in there was to give them time to wipe off the machines, to not be exposed even though we had just stood in line shoulder to shoulder for three and a half hours,” she said. “They did have masks on, and they did have sanitizer. But I would have at least expected someone to be wiping those machines down after every use. That was concerning to me.” 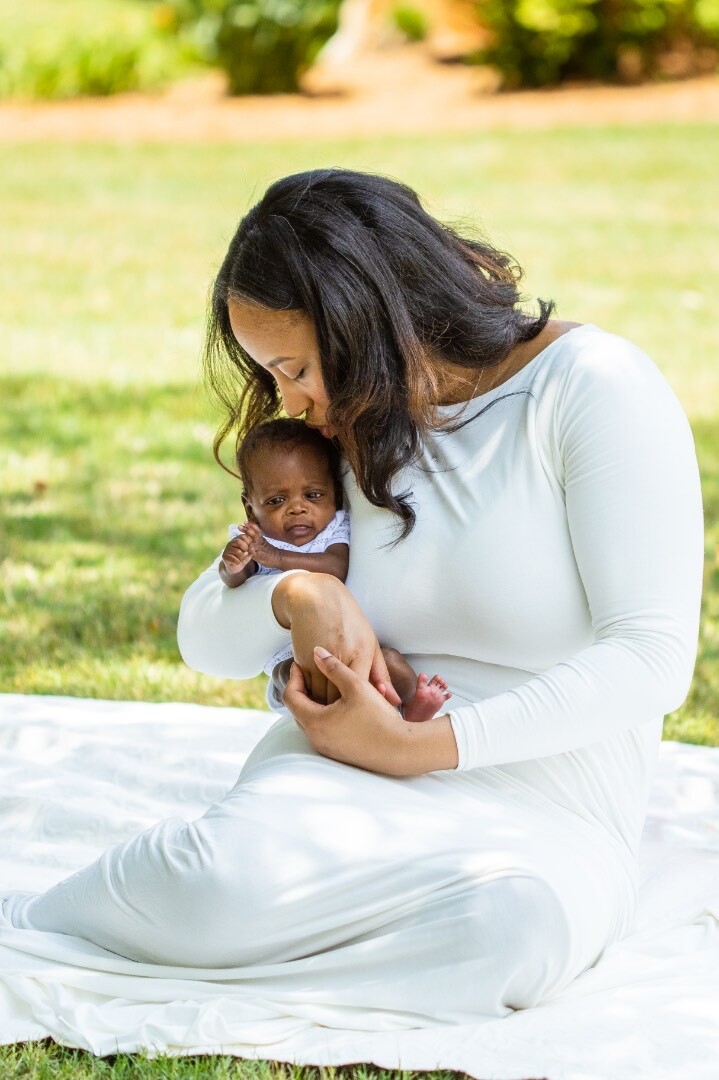 Smith has been interested in health and science since she was a small child, and she always excelled in those subjects at school. As a girl, she thought about taking over a pharmacy that her uncle owned in the Atlanta suburbs.

She worked at Walgreens while earning her bachelor’s degree in biology with a minor in chemistry from Georgia State University. After earning that degree in 2007, she worked at Northside Hospital in Atlanta. That’s where she met several anesthetists – physician assistants who administer anesthesia – and decided to give that profession a try.

She earned a master’s degree in health science with a specialty in anesthesiology from Nova Southeastern University in Fort Lauderdale, Florida, in 2011, and has been working as an anesthetist – putting patients to sleep, managing their blood flow and waking them up after surgery – ever since.

As a single mother, Smith wants to be a good role model for her son, and part of that is showing him how important it is to vote. But at the same time, she is concerned that equitable access to the ballot is still a dream deferred for Georgia’s Black communities. This, in the face of a worsening pandemic and projected record turnout in November’s presidential election.