September 21, 2020
Will Tucker and Kathryn Casteel

When Mary Magdelene Clarke fell ill in January 2020, perhaps with the flu, she couldn’t rise from bed for days. She stopped calling her friend outside of prison, Rosemarie McChesney, because she lacked the strength to speak on the phone.

“For several days she didn’t call me,” McChesney said. “She said, ‘I won’t call you because I can’t. I’m just too sick. But just know that if I have to go to the hospital, or if I should die, they’ll notify you because you’re the person I have listed.’”

Clarke has spent the last three decades incarcerated for felony murder. She never murdered anyone, but she was present at the scene when an acquaintance killed someone, and under Alabama law, a person commits the offense known as felony murder even if “another participant,” during the commission of a felony caused the death. With no prior criminal history, she was convicted in 1987 and sentenced to life with the possibility for parole.

Clarke recovered in January, but the threat of hospitalization or even death for her was real before the coronavirus pandemic began. She fears catching a cold, to say nothing of the coronavirus. A doctor told her several years ago that she had the “lungs of a woman twice my age,” she said. She is now 67. Clarke carries two inhalers for her chronic obstructive pulmonary disease.

Now, in an environment where she cannot practice social distancing, at her age and in her condition, she faces an acute risk from COVID-19.

While there are currently no reported cases among people held at the Montgomery Women’s Facility where she’s incarcerated, five Alabama Department of Corrections (ADOC) employees who worked there have tested positive for the virus. Overall, the agency has reported COVID-19 cases in 19 of its 26 facilities. 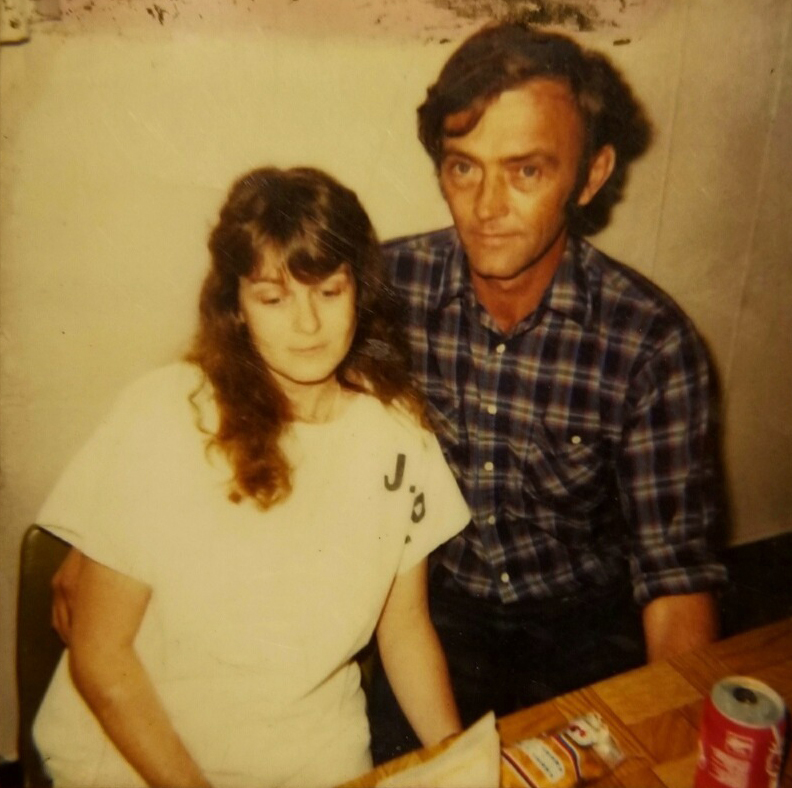 ​Mary Magdalene Clarke, left, and her husband, Michael Clarke, during a visit on January 24, 1988, shortly after Mary was convicted and sent to prison.
​

“If I got that virus, I know it would kill me,” Clarke said. “I’m horrified of it ... I couldn’t fight it off because my lungs are so bad.””

And yet, despite the risk, Clarke was denied parole this summer.

In April, the SPLC first identified over 1,100 people incarcerated in Alabama Department of Corrections (ADOC) custody who are older than 65 and are therefore at an elevated risk for COVID-19 infection. Clarke was among them. In the more than five months that have passed since SPLC’s first analysis, a dozen people in this at-risk population have died as a result of the virus while others have died because of other illnesses. ADOC reports that a total of 22 incarcerated people in Alabama have died from COVID-19.

Now, a new SPLC analysis of a list of the oldest incarcerated people in Alabama reveals nearly 200 of them are eligible for parole but have either had no hearing or have been denied parole. This summer, the three-member Alabama Parole Board denied parole to 44 people 65 and older, including Clarke.

The SPLC also found that an additional 12 people who were first identified in April have died, according to ADOC. Despite confirming the deaths, it remains unclear whether the cause could have been COVID-19 as ADOC would not provide information about those individuals in response to a public records request, citing ongoing internal investigations.

In April, the SPLC outlined solutions that could protect people inside and outside prison from the virus, such as increasing medical parole, medical furloughs, and judicial sentence reviews. But Alabama has not undertaken large-scale prison releases. Parole hearings resumed in May after the bureau went on hiatus in March due to the pandemic, but the Alabama Bureau of Pardons and Paroles (BPP) has failed to grant many people parole in a process marred by racial disparity. In June, for example, white people were more than twice as likely as Black people to be granted parole, the SPLC found.

Dave Thomas, 66, was the first to die in Alabama’s prisons from the disease, followed by William Hershel Moon, 74. Both men, along with nearly all of the people who died from COVID-19 on the SPLC’s list of older incarcerated people, had chronic or deteriorating health conditions, according to ADOC press releases or court filings.

For some of these people, a history of illnesses and vulnerability to COVID-19 would have been no secret to anyone.

Moon wrote a series of letters to the court from 2013 to 2014 chronicling his deteriorating health. James Cowan, who died on Aug. 1 at age 74, wrote a letter to the court in 2013 about his deteriorating health. “I do not believe I will live long enough to make parole,” he wrote. William Edward King, who died on Aug. 11 at age 65, requested that he be placed on medical furlough in 2016. His petition was denied in 2017.

Others, like 73-year-old Robert Lopez and 76-year-old James Dunner, were at extreme risk because they were housed in infirmaries for people with advanced and chronic health conditions. Lopez died on July 21 and Dunner on Aug. 10.

Despite these deaths, relatively few older people have been released from prison.

The SPLC confirmed that 16 people from the list of more than 1,100 people identified in April had completed their sentences. Five additional people were released from prison following post-conviction relief from a court. The SPLC found that just three people identified in April were let go from prison via mandatory release, which the organization identified as a way to protect some incarcerated people from the risk of contracting the coronavirus.

And, only five people from the list left prison because they were paroled, despite public health experts’ calls for the parole board to ensure more releases to better protect public health.

Clarke’s parole hearing was July 28. Parole Board members gave just two reasons for denying her parole. First, they marked a box indicating they believed the “severity of present offense is high.” In Clarke’s case, this refers to the murder she did not commit, but was present for, more than three decades ago. Second, the board cited “negative input from stakeholders (victim, family of victim, law enforcement).”

The board overlooked Clarke’s strict adherence to the rules in prison (she said her last disciplinary referral was for smoking in a dormitory in 2003), her age and health, and the education she received while incarcerated. The three members reset Clarke’s next hearing for 2025, an extreme measure – the harshest reset the Parole Board can impose. This will keep her incarcerated until she is 72, if nothing else changes.

“I was devastated,” Clarke said. “I just knew I was going to make it this time because of the time I’ve done.”

Her friend, McChesney, was prepared to welcome Clarke into her home in July. Most of Clarke’s family members have died. But McChesney and her husband, both retired, supported Clarke’s late husband years ago when he didn’t have a home. Through him, they got to know Clarke, who called frequently. McChesney and Clarke became close friends over phone conversations about their shared interests, like gardening.

Earlier this year, McChesney and Clarke talked on the phone about planting flowers together once Clarke was released. The McChesneys prepared their master bedroom for Clarke, since they had relocated to another room in their house.

“I’ve even got her some new clothes in there,” McChesney said. “Because we thought that she was going to get out, and we wanted her to not have to think about going in a store with her being compromised and COVID.”

Instead, Clarke will remain at the Montgomery Women’s Facility, where she is worried about dormitory conditions. “We’re in each other’s faces while we’re sleeping,” she said. “And you just get up and walk around and there’s so many people in there that there’s no way to avoid walking right up on them. But I wear my mask.”

In all, the Parole Board denied parole to more than three dozen incarcerated people who are 65 or older since it returned to work in May. The BPP stopped paroles starting in March, against the demands of activists and legislators who pointed out that hearings could be done virtually. Hundreds of scheduled parole hearings were cancelled. After its hiatus, the BPP scheduled relatively few hearings throughout the summer compared to years past.

As a result, hundreds of incarcerated people go without hearings, even when their time has come. The SPLC’s new analysis reveals that 203 of the oldest incarcerated people have parole consideration dates that have already passed. Of those, 97 have “no hearing,” according to ADOC, while 79 others have been denied before but had their hearing date reset. In these cases, the SPLC could find no record of a hearing for these individuals having taken place within the last two years or more, and they are not currently scheduled for hearings.

When Clarke was denied in July, she too had spent years without a parole hearing.

“She hadn’t had a hearing since 2014,” McChesney said. “I think that she has served the amount of time that she should ... this is a time where she is so at risk. At least in our home, she could move around, go to the living room, fix herself something in the kitchen, or whatever. And she’s earned that.”

ADOC has tested almost 2,000 incarcerated people for the virus, or about 9% of its custody population as of Sept. 22. The department has recorded 405 positive tests among its prison population, and 355 incarcerated people are presumed to have recovered. Among ADOC’s workforce, 381 employees have tested positive and 341 are presumed to have recovered.

State leaders, however, have given no indication that any significant number of at-risk people will be released. Instead, ADOC announced that officials were working on a plan to test the entire incarcerated population on July 9, but provided few details until the SPLC sent a list of questions to ADOC about the testing plan on Sept. 11. Texas and Michigan, states undertaking projects to test thousands of people in their prisons, have been specific about the costs and community partnerships involved in their plans. North Carolina even announced that it had completed mass testing of its prison population in early August.

However, in a public statement on Sept. 16, ADOC named a community partner, Alabama Interactive LLC, and announced that the department “will test all inmates in facilities that house large numbers of inmates with high risk factors as an enhancement to our current testing protocols.”

“We are pleased to share that this process will begin tomorrow, September 17,” the statement reads. The first batch of testing will take place over two days at Hamilton Aged and Infirmed Center, which currently holds more than 90 people age 65 and older, and at work centers in Birmingham, Hamilton and Childersburg. ADOC will release reports after each batch of testing separate from its ongoing COVID-19 updates, according to the statement.

ADOC’s top official, Commissioner Jeff Dunn, has acknowledged the danger of coronavirus in places like Clarke’s dormitory, but also uses that danger to make the case for building new prisons rather than adopting solutions, such as those offered by the SPLC. The state currently has plans for private companies to build, and then lease, three new mega-prisons to Alabama.

“In their residential areas in the dorm, no, we can’t social distance,” Dunn told Montgomery’s WSFA 12 News in mid-August. “There’s a lot of deficiencies with our facilities, and the pandemic has highlighted some of those challenges,” he said.

Yet Clarke and others at high risk for severe cases of COVID-19, along with the rest of Alabama’s incarcerated population, await solutions that may not come soon enough.

“You know, you come in a young woman and then end up 67 and unhealthy,” Clarke said of her incarceration. “They don’t know us for real. But they should consider the time you’ve done.”