Margaret Huang has made a strong mark on the Southern Poverty Law Center since her 2020 arrival as the president and CEO amid the onset of the COVID-19 pandemic.

Under her leadership, the SPLC has forged a new strategic direction that allocates its resources toward rectifying the effects of systemic racism in Alabama, Mississippi, Louisiana, Georgia and Florida – under the premise “as the South goes, so goes the nation,” as scholar W.E.B. Du Bois said.

Huang has testified at congressional hearings on threats against historically Black colleges and universities and on the rise of far-right extremist groups, their infiltration of mainstream politics and their direct attack on the U.S. Capitol on Jan. 6, 2021.

She has become the public face of the SPLC.

But the pandemic has largely kept the public from meeting her in person. Until now.

In late June, Huang and members of the SPLC’s executive leadership team welcomed some of the country’s most prominent journalists – all members of the Asian American Journalists Association (AAJA) – at an intimate gathering in Washington, D.C.

The event gave the SPLC an opportunity to showcase its deep research and programmatic expertise, which can inform the journalists’ stories while at the same time extending the SPLC’s public reach.

“We want to support AAPI [Asian American Pacific Islander] journalists, who bring a unique and valuable perspective to news,” Huang said. “The idea is that we want them to turn to us when they need a quote or research to enrich their stories. [A stronger relationship] gives us a chance to reach people who may listen to an AAJA reporter when they may not listen ordinarily. We all need to be paying attention to this community because of recent demographic shifts.”

As Huang noted, the AAPI population is the fastest-growing in the nation. Huang herself is the daughter of a Chinese immigrant father and a white mother whose family has been in the U.S. for many generations.

Between 2000 and 2019, this demographic grew 81%, significantly more than the 70% increase among the Latinx community, according to the Pew Research Center. In the 2020 presidential election, voting among Asian Americans rose from just under 50% in 2016 to almost 60% in 2020. That was the second-highest percentage increase for any racial or ethnic group in the country, according to an AAPI Data blog, surpassed only by Pacific Islander Americans, who voted in numbers 14% higher – rising from about 41% in 2016 to 56% in 2020. 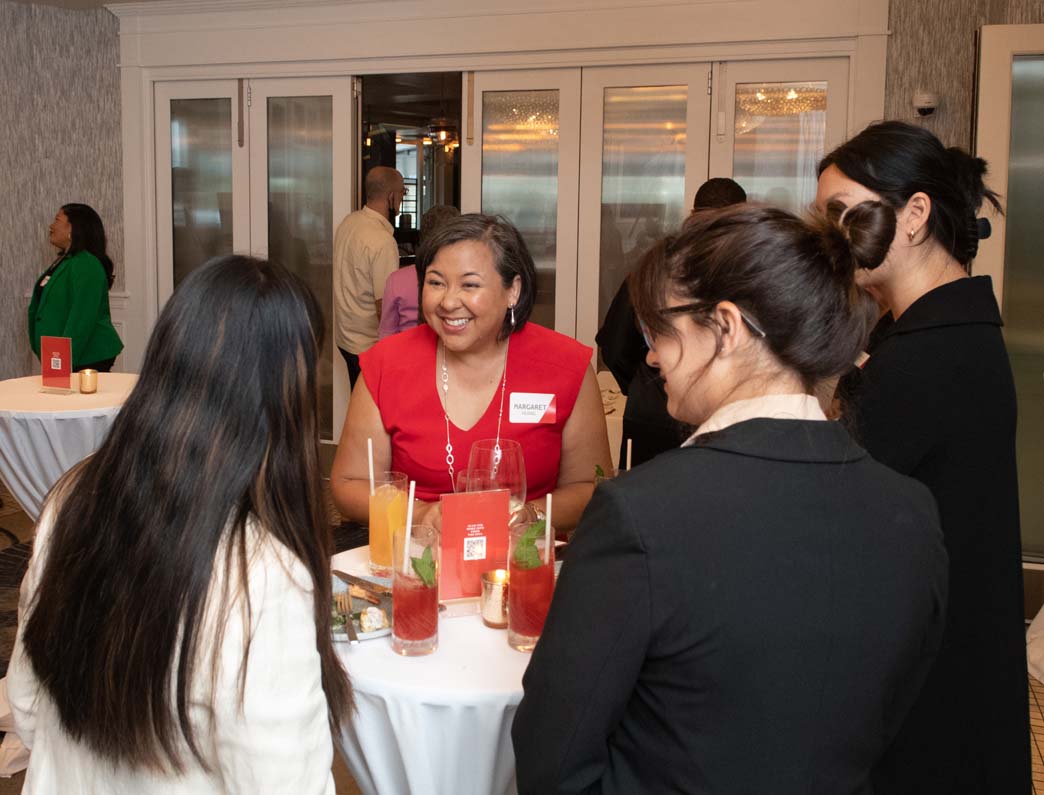 Huang noted that education and political reporters she spoke with already use SPLC resources such as Learning for Justice’s AAPI-tolerant curricula to educate audiences on hate, extremist state legislative attacks on inclusive education – a bogeyman conservatives refer to as “critical race theory” – and the Intelligence Project’s Hatewatch, which profiles and tracks far-right extremist groups and leaders.

“Attacks on [so-called] critical race theory are attacks on all American history,” Huang said. “The AAJA is one of the most active and impactful groups of journalists in the country. They have strong respect from other journalists, and they are very good at pushing out information less well known by other journalists.”

As the guests and their hosts mingled, they discussed serious topics like the current attack on voting rights, the coming midterm congressional elections, and criminal justice reform. Huang and SPLC representatives answered questions about the journalists’ portfolios and how the organization can help them with their research.

Nicole Dungca, an investigative reporter for The Washington Post, said the event was especially welcome after being cut off from other journalists since 2020.

“Coming out of COVID, it’s been hard to meet people in person,” Dungca said. “It was good to meet other AAJA members and be able to connect the two organizations. The SPLC and the AAJA both share a concern for misinformation, so we want to check misinformation about the AAPI community.

“I really just wanted to connect, to talk to people who could help in the work we do,” she said. “The event provided a space for journalists to be able to meet Margaret and other potential sources for them and for us. Margaret discussed the direction the SPLC is moving in, such as expanding into voting rights, [a topic] that is important now and that our members will be focused on in the coming election. I know that our members appreciated hearing from Margaret what resources the SPLC has.”

For Politico reporter Nicholas Wu, the event provided information in an article quoting Michael Lieberman, the SPLC’s senior policy counsel on hate and extremism, about how the SPLC is providing testimony and research to the Jan. 6 committee.

“They also noted that they recognized how white supremacists are at the center of pushing division between the Asian community and Black people – and how they have to be vigilant and conscientious of this, even in the newsroom,” Dowell said. “They also were curious about how we tracked our impact and defined success – from a data and analytics standpoint. And, finally, they identified opportunities in which we can work together in the future, such as their AAJA Studio.”

Also attending was Melvina Ford, SPLC interim chief legal officer, who noted that the event took place the day that former Trump administration aide Cassidy Hutchinson was testifying before the bipartisan House select committee investigating the Jan. 6, 2021, insurrection. “I met some journalists who were covering the January 6 investigation. I had missed coverage of the hearing that day, and it was great to have an opportunity to hear firsthand from the journalists what happened,” Ford said.

“Several journalists asked me about the kinds of legal cases the Center was working on, and I told them how we are challenging reactive legislation coming out of Florida and about our litigation in Alabama on behalf of transgender children. I also talked to them about our other program areas, including economic justice and voting rights. All around, it was a great vibe that gave us all an opportunity to float and get to know people.”

“It was a lovely event,” Huang said. “I managed to talk to everyone. The journalists felt appreciated for their work, but also having the resources of the SPLC as knowledge and information for their stories is incredibly valuable.”