The Family Research Council (FRC) is hosting its annual Values Voter Summit Oct. 13-15, a rogues' gallery of the radical right, this year keynoted by President Trump himself.

The FRC is an organization that has relentlessly vilified LGBT people – portraying them as sick, vile, incestuous, violent, perverted, and a danger to children and the nation. Because of its demonizing lies about the LGBT community, it has been named as a hate group by the SPLC.

Like its host, the Values Voters Summit claims it stands for “values.” But whose values?

Here's what speakers at the 2017 Values Voter Summit actually value

*Organizations with an asterisk are listed by the SPLC as hate groups. View the full list. 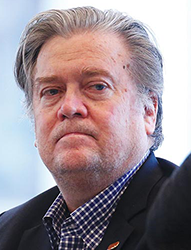 “We’re the platform for the alt-right." 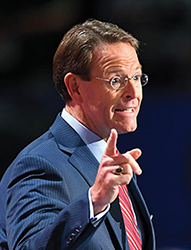 “The videos are titled 'It Gets Better.' They are aimed at persuading kids that although they'll face struggles and perhaps bullying for 'coming out' as homosexual (or transgendered or some other perversion), life will get better. …It's disgusting. And it's part of a concerted effort to persuade kids that homosexuality is okay and actually to recruit them into that lifestyle." 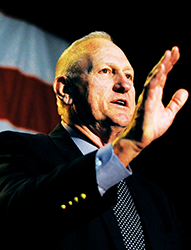 “No mosques in America. Islam is a totalitarian way of life; it’s not just a religion.” 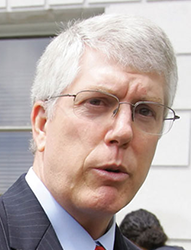 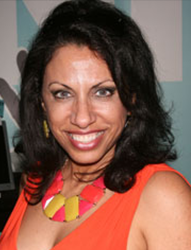 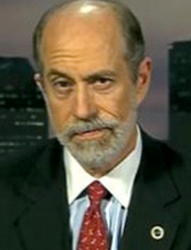 “There is mounting evidence that the president [Obama] not only identifies with Muslims, but actually may still be one himself.” 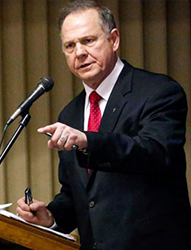 “Homosexual behavior is crime against nature, an inherent evil, and an act so heinous that it defies one's ability to describe it.” 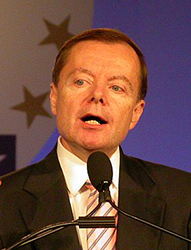 “If the United States is going to take in 10,000 Syrian refugees, they should be Christians and we should make no apologies for that.” 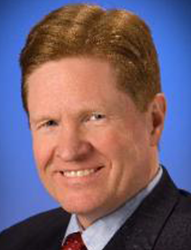 “I think there would be a place for criminal sanctions against homosexual behavior.”

The Values Voter Summit is an annual political conference bringing together some of the most extreme groups on the right, including multiple designated hate groups. It was founded in 2006 and is hosted by the Family Research Council.

The Family Research Council (FRC) is an organization that often makes false and intentionally dehumanizing claims about the LGBT community based on discredited research and junk science. The intention is to denigrate LGBT people as the organization battles against same-sex marriage, hate crime laws, anti-bullying programs and the repeal of the military’s “Don’t Ask, Don’t Tell” policy. To make the case that the LGBT community is a threat to American society, the FRC employs a number of “policy experts” whose “research” has allowed the FRC to be extremely active politically in shaping public debate. Its research fellows and leaders often testify before Congress and appear in the mainstream media. It also works at the grassroots level, conducting outreach to pastors in an effort to “transform the culture.”

Here's their statement on "homosexuality:"

Family Research Council believes that homosexual conduct is harmful to the persons who engage in it and to society at large, and can never be affirmed. It is by definition unnatural, and as such is associated with negative physical and psychological health the effects. While the origins of same-sex attractions may be complex, there is no convincing evidence that a homosexual identity is ever something genetic or inborn. We oppose the vigorous efforts of homosexual activists to demand that homosexuality be accepted as equivalent to heterosexuality in law, in the media, and in schools.”

What can you do?

Bigotry is not an American value. You can stand up for equality and speak out against the bigotry displayed by the Family Research Council. Here's how: