PayPal co-founder Peter Thiel, in the news recently for his role financing the Hulk Hogan lawsuit against Gawker, is scheduled to travel to Bodrum, Turkey, in September to address the annual meeting of the ultra-libertarian Property and Freedom Society. 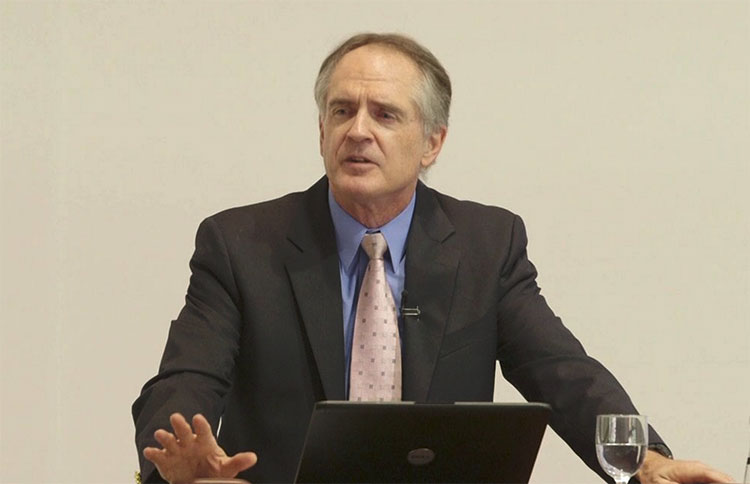 Founded in 2006 by libertarian academic Hans-Hermann Hoppe, the Property and Freedom Society is dedicated to what it calls “uncompromising intellectual radicalism: for justly acquired private property, freedom of contract, freedom of association—which logically implies the right to not associate with, or to discriminate against—anyone in one’s personal and business relations—and unconditional free trade,” according to its website.

But beyond the libertarian academics, economists, and business leaders from across Europe and the U.S. who attend and speak at its conferences, the Property and Freedom Society has welcomed white nationalists, including several of the most prominent white nationalists in America.

In 2013, the Society invited Jared Taylor, head of the New Century Foundation, which hosts the annual white nationalist American Renaissance conference, traditionally the largest annual racist gathering in the U.S. Taylor once wrote, "Blacks and whites are different. When blacks are left entirely to their own devices, Western civilization — any kind of civilization — disappears." In 2010, Richard Spencer, head of the white nationalist think tank National Policy Institute (NPI) spoke on the “Alternative Right in America,” long before the Alt-Right became the racist internet phenomenon it is today. 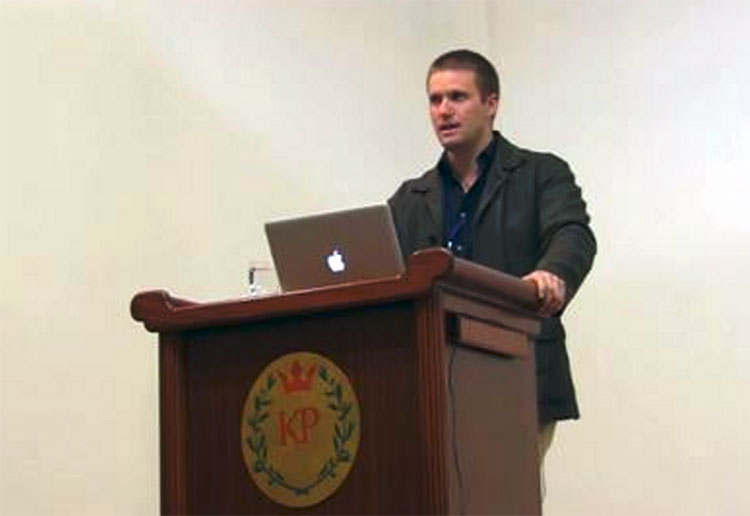 Joining Thiel in Turkey in September will be Hoppe, and in Hoppe one can see the connection between the ultra-Libertarians and white nationalists. Hoppe has called immigration to the U.S. and Europe “forced integration” and once wrote, “if only towns and villages could and would do what they did as a matter of course until well into the nineteenth century in Europe and the United States: to post signs regarding entrance requirements to the town, and once in town for entering specific pieces of property (no beggars or bums or homeless, but also no Moslems, Hindus, Jews, Catholics, etc.); to kick out those who do not fulfill these requirements as trespassers…”

Another attendee this year is Sean Gabb, head of the Libertarian Alliance in the UK, who shares similar views on immigration with Hoppe. Gabb has spoken at far-right gatherings in the UK, such as the Traditional Britain Group and at the H.L. Mencken Club. He often writes for the white nationalist website VDARE, run by English white nationalist Peter Brimelow, who is himself a regular at the Property and Freedom annual gatherings.

Thiel’s scheduled appearance is troubling if not surprising. The Economist recently profiled his political evolution from an anti-multiculturalism campus activist, whose tactics James O’Keefe (who Thiel once funded) could appreciate, to the heroic libertarian tech icon, to where he is now, declaring that he no longer believes that “freedom and democracy are compatible.” The Economist concluded: “He is now not so much a libertarian as a corporate Nietzschean, who believes in the power of gifted entrepreneurs to change the world through the sheer force of will and intellect.”