The three military veterans marched through the woods near Lake Mead, about 25 miles southeast of the glitz and glamour of the Las Vegas strip. Their intended destination: a park ranger station at the National Recreation Area.

The men – an Army reservist, a former Navy seaman and a one-time Air Force airman – wanted to scout out the station and, the FBI said, assess it as a target for a possible firebombing.

Despite detailed planning, the plot never came about. The men moved on, with aims to disrupt the economy and cause chaos at protests over the death of George Floyd, according to an FBI criminal complaint. 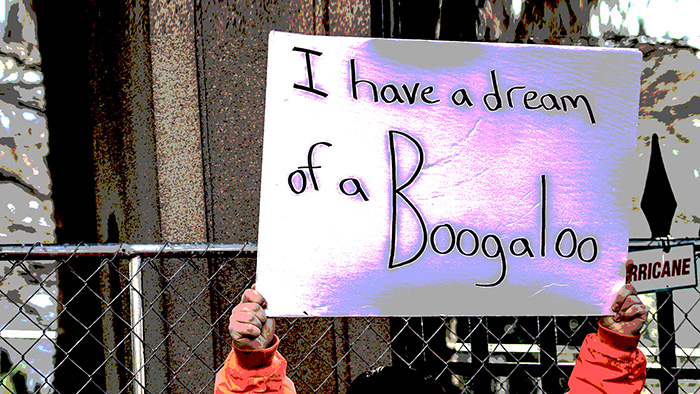 The switch in targets shows a movement willing to latch on to other opportunities to achieve their goal, a new civil war.

And all three suspects, arrested on May 30, have military backgrounds. Stephen “Kiwi” Parshall, 35, is a former Navy sailor from Las Vegas; 23-year-old Andrew Lynam is a U.S. Army Reservist from Henderson, Nevada, and William Loomis, 40, is a former airman in the U.S. Air Force from Las Vegas.

The alleged actions are detailed in a 15-page criminal complaint filed in U.S. District Court in Las Vegas. The men are being held in the Clark County, Nevada, Jail. They are scheduled for arraignment June 15.

Others associated with the boogaloo movement have also been arrested in recent months. All had the same focus on antigovernment attacks and fomenting a civil war, even if the targets and methods varied.

Bradley Bunn, a military veteran from Loveland, Colorado, is charged with possession of an explosive device.

Chevy McGee, a self-described “boogaloo boy” from Fort Collins, Colorado, told KCNC-TV in Denver that Bunn was “one of our boys.”

A self-proclaimed boogaloo boy from Bowie County, Texas, was arrested in April. Police said Aaron Swenson, 37, was charged with making a terroristic threat against a peace officer, after Swenson “posted a Facebook Live video stating he was going to ambush and murder a Peace Officer.”

A Cleveland, Ohio, man, 20-year-old Christian Ferguson, planned to incite an uprising that would lead to the imposition of martial law and thus the next civil war, the FBI said in a criminal complaint.

“And the officers would have to put their pistols on the ground or get shot by the count of ten,” Ferguson said. He also “hoped we don’t have to put them down, but I will do it if I have to.”

Ferguson went so far as to perform a “dry run” of his plan in the Cuyahoga National Park on May 8. The people working with Ferguson that day were FBI informants. Agents arrested Ferguson later that day and charged him with plotting to kidnap or kill police officers in order to steal their equipment.

The choice of a Bureau of Land Management station brought the trio arrested recently – associated with the loose boogaloo movement – in line with a part of the antigovernment movement. Its followers see the agency as a symbol of federal overreach.

Although the boogaloo movement – an online subculture with some racist roots that focuses on inciting violent conflicts with government authorities – has made multiple appearances at protests across the country, it is largely composed of diffuse groups with little to no explicit organizational affiliation.

Nevertheless, the movement’s origins in far-right racist and extremist circles have manifested in a common target of attack for several groups of "Boog Boys": federal lands.

William Potter Gale pushed “Posse Comitatus” in the 1970s, centered on a radical belief in the illegitimacy of the federal government fused with the racist Christian Identity ideology.

Since then, individuals associated with the “Patriot” movement have waged a violent war on public lands, particularly targeting infrastructure in parks and forests and federal agents with the Bureau of Land Management and the Environmental Protection Agency.

Protests and bombs have been the preferred tactics in the war on public lands. An unoccupied Bureau of Land Management office in Reno, Nevada, suffered roof damage after someone threw a bomb onto the roof of the building in 1993.

Since then, sporadic bombings and armed standoffs between antigovernment activists and federal officials have taken place.

Nevada rancher Cliven Bundy and his family, supported by Washington state Rep. Matt Shea, had confrontations with federal agents in 2014, 2015 and 2016.

Those disputes culminated in the death of Robert “LaVoy” Finicum, an antigovernment activist who was killed after reaching for a gun in the closing days of the occupation of the Malheur National Wildlife Refuge in Oregon in 2016.

During the planning for the attack on the ranger station, Lyman said the group wanted to violently overthrow the United States government. 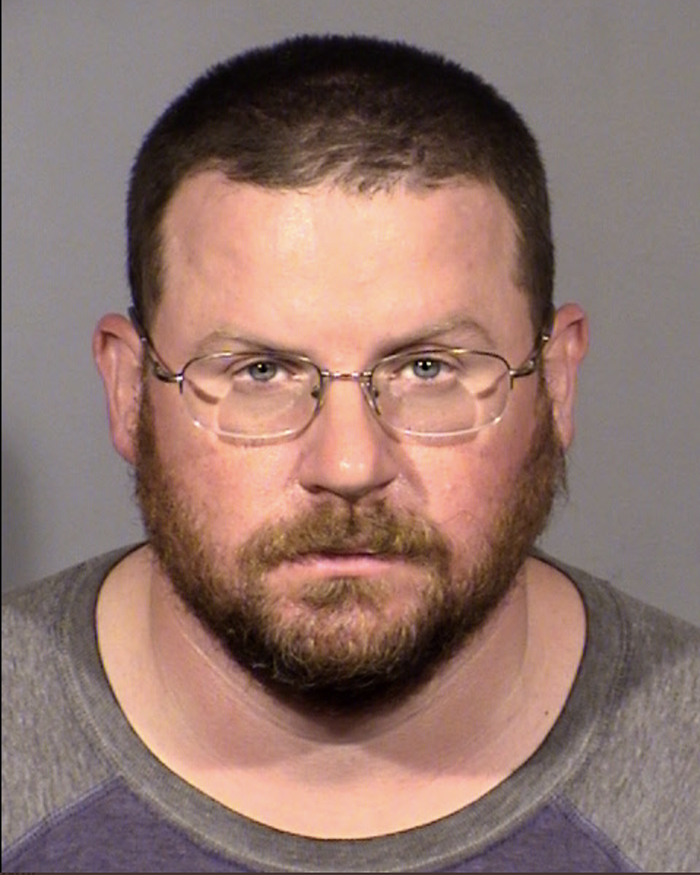 FBI special agent Blake Vogt said Lynam and Parshall went to the May 9 protest called “ReOpen Nevada” wearing military tactical gear. The two planned to take part in a similar protest on May 16.

In between, Vogt wrote, both men talked of following the guidelines in the Irish Republican Army’s “Green Book.” The book spells out the need for secrecy, tactics and missions used by the IRA during its fight against the British military.

“They indicated they wanted the government to show its hand,” Vogt wrote of the men. 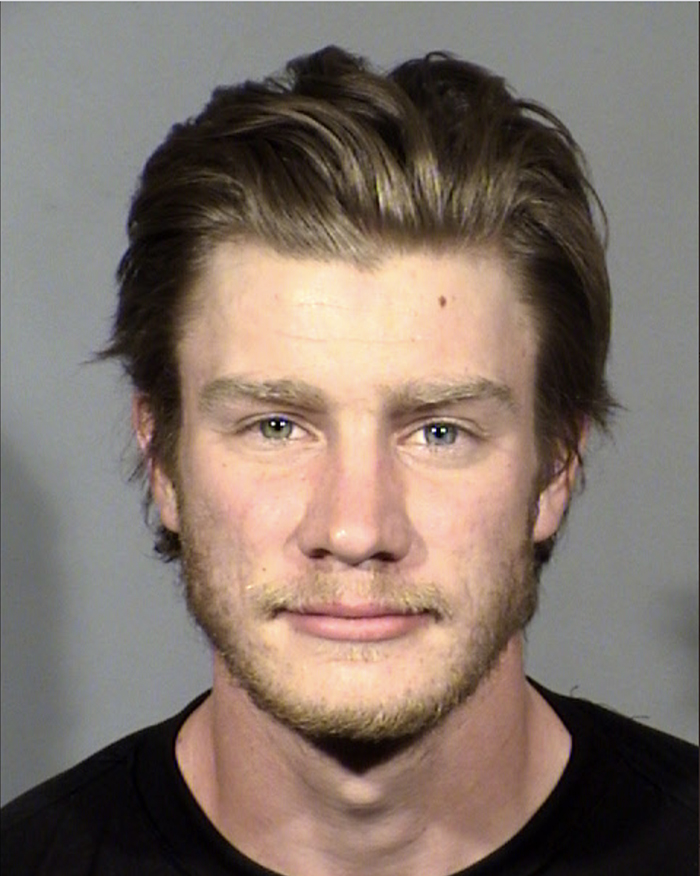 The group talked of using fireworks, smoke bombs and noisemakers placed at various spots before a protest, which would then be activated to cause a panic and confrontation between police and protesters, according to the FBI complaint.

Logistical considerations and fears of police surveillance caused the group to drop that idea and a related plan. Loomis allegedly joined the group May 19 and took part in the May 23 hike to scout the ranger station. 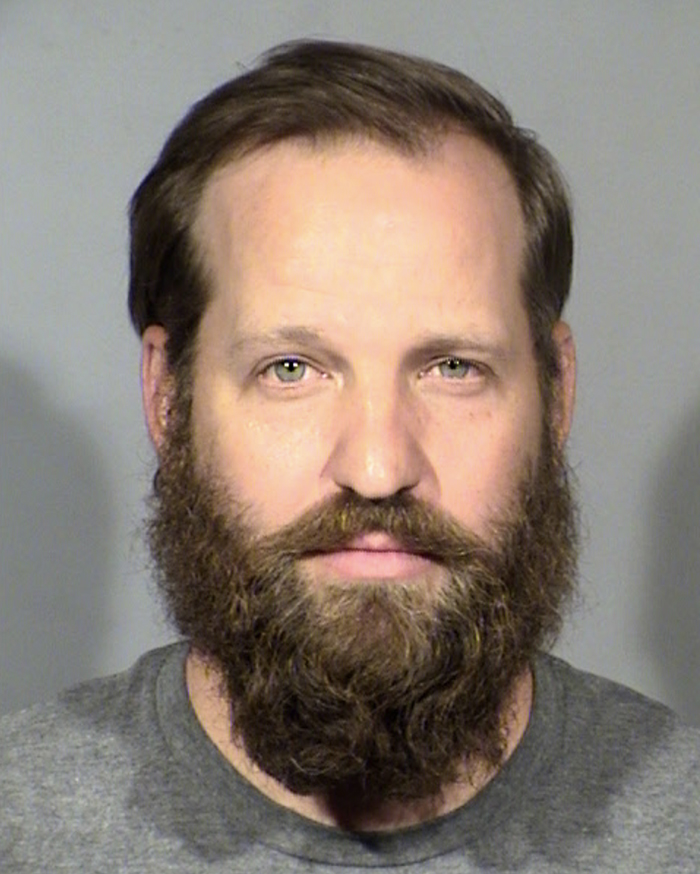 The men intended to break the windows and firebomb the ranger station, using two to carry out the attack and others to work in support roles, such as blocking roadways, Vogt wrote.

After deciding that the ranger station at Lake Mead had too many cameras, Lyman, Loomis and Parshall reportedly looked to other objectives with the goal of destroying structures that would disrupt the economy.

The station was their first target, their trial run. They focused on protests surrounding restrictions on businesses and gatherings because of the COVID-19 outbreak, according to the complaint.

All three men and an FBI informant also discussed using the protests and riots over the death of George Floyd to help further their quest for a civil war and governmental disruption. Four former Minneapolis police officers have been charged in Floyd’s death.

Parshall, Lyman and Loomis hoped to take advantage of the unrest to wreak havoc. They looked at power substations that could be attacked during protests, Vogt wrote. They went to a May 29 protest in Las Vegas where, Vogt notes, Lyman taunted police officers by “getting in their face and yelling at them.”

“Parshall was very upset that the protests were not turning violent,” Vogt wrote. “Parshall was adamant that he wanted the violence and to be able to react to it.”

Before a May 30 Black Lives Matter protest in Las Vegas, Parshall, Lynam and Loomis made Molotov cocktails with the intent of using them to cause chaos at the gathering, Vogt noted.

That plan never got off the ground. The FBI arrested the men before the rally and seized the explosives.

Hatewatch staff contributed to this report.