Controversy erupted in July when it was revealed that the FBI was using anti-Muslim propaganda in the training of some counterterrorism agents.

Controversy erupted in July when it was revealed that the FBI was using anti-Muslim propaganda in the training of some counterterrorism agents.

Wired magazine, which broke the original story, reported in September that it had received a trove of instructional materials from an FBI whistleblower that said, among other things, that mainstream Muslims are likely to be terrorist sympathizers, that Muhammad was a “cult leader,” and that the more “devout” a Muslim is, the more likely he is to be “violent.”

Mike German, a former FBI agent who now works for the ACLU and who once infiltrated American radical-right groups, told Wired: “Seeing the materials the FBI agents are being trained with certainly helps explain why we’ve seen so many inappropriate FBI surveillance operations broadly targeting the Muslim-American community. … Biased police training can only result in biased policing.” 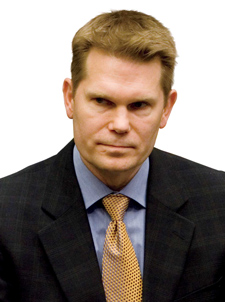 Among the materials recommended to field agents hoping to further their understanding of Islam were books by Robert Spencer, a prominent anti-Muslim figure who co-founded the group Stop Islamization of America.

The revelation was particularly troubling considering that Spencer’s positions on Islam have contributed significantly to the spread of anti-Muslim sentiment in America. Spencer appears to have influenced Anders Behring Breivik, the Norwegian terrorist who slaughtered 77 people, mostly teens, with a fertilizer bomb in Oslo and a shooting spree on the nearby island of Utoya on July 22. Breivik cited Spencer’s writings dozens of times in his 1,500-page manuscript, which argued that Islam is destroying Western civilization.

Spencer has written a dozen books on the topics of Islam and the Koran. The FBI recommended The Truth about Muhammad and The Politically Incorrect Guide to Islam — both of which hinge on Spencer’s skewed interpretation of Islam as a violent religion inseparable from the actions of its most radicalized adherents.

The FBI’s presentation was obtained by groups including the American Civil Liberties Union in northern California and the Asian Law Caucus, a San Francisco-based civil rights group. Perhaps even more shockingly, an NPR investigation in June revealed that the FBI has repeatedly invited Timothy Phelps of the Westboro Baptist Church — an anti-gay hate group notorious for picketing funerals with signs that say “God Hates Fags” — to speak at law enforcement training classes. High-ranking FBI officials have said they didn’t know of Phelps’ presence until recently; Phelps, son of Westboro chief Fred Phelps, claims he was invited to speak to agents about how to deal with controversial groups. Since the brouhaha erupted, the FBI has barred the future use of Westboro members in training sessions.