A clone of an infamous gay-bashing Kansas church is raising Cain in Alabama. But its ‘prophetess’ keeps landing in jail

On June 4, Nashville, Tenn., police responded to a complaint regarding traveling evangelist and self-proclaimed “prophetess” Glynis Bethel, who had allegedly pepper-sprayed a woman who was protesting her anti-gay preaching. When an officer moved in to arrest Bethel, she pepper-sprayed him, too.

Out on bond three days later, Bethel posted a press release accusing police of violating her First, Second, Fourth and 14th Amendment rights. “I would prefer to be beaten and to die than to allow these wicked and evil Nashville police officers and white racist bigots to get away with breaking the laws they are supposed to be upholding,” wrote Bethel, who is black. “Romans Chapter 13 states that it is our duty to bear the sword upon evil doers and this Bible scripture doesn’t exempt corrupt po-lice.” 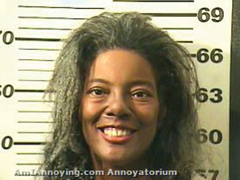 Glynis Bethel's latest arrest came in August, when police in Mobile, Ala., apprehended her on old family court charges. She and her husband have been arrested on numerous occasions. MOBILE COUNTY SHERIFF’S OFFICE

Not surprisingly, the Bethels are often compared to Kansas’ much-reviled Westboro Baptist Church, which is best known for picketing funerals with signs captioned with insults such as “God Hates F---” and, like Repent or Burn in Hell Ministries, is largely composed of a single family. But while Westboro — whose ranks include a number of highly skilled lawyers who recently won a First Amendment case in the Supreme Court — limits its legal crusade to free speech rights, the Bethels (who do not possess law degrees but are experienced pro se litigators) take a more expansive view of how the Constitution protects their right to evangelize.

“It says ‘the right to keep and bear arms,’” Orlando Bethel told the Intelligence Report in a reference to the Second Amendment. “Not keep it in your closet. To bear it.” Complaining about the Baldwin County sheriff’s denial of his wife’s 2009 petition for a concealed carry permit, supposedly on the grounds that she had a “grievance with government,” he said, “I thought that was funny because that was the original intent of the Second Amendment.”

It is exactly this kind of language that worries Baldwin County Sheriff Huey “Hoss” Mack, who has been dealing with the Bethels since they arrived about 10 years ago. At first, Mack told the Report, the ministry seemed little more than a nuisance. But, he said, “It has escalated. The amount of aggravation and the amount of contact with public officials as well as those in the legal system has increased and [they have] become more confrontational. … There is a legitimate concern that if it continues to escalate, how far will it go?” 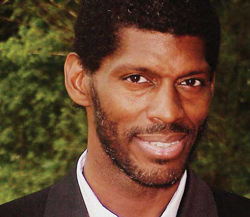 Things went better for the Bethels in 2003, when Orlando was arrested in Escambia County, Fla., for protesting without a permit while demonstrating in front of churches with posters inscribed, “Worship God, not your Pastor.” He pleaded not guilty and challenged the law in federal court, where he was represented by the uber-conservative and anti-gay Liberty Counsel and cheered on by the American Civil Liberties Union. Ultimately, the county agreed to amend the permit ordinance.

In a gesture that would permanently influence Orlando Bethel, Escambia’s attorney supposedly congratulated him for having gotten as far as he had. “I guess he was saying it complimentary, but I thought it was just terrible,” Bethel told the Report. “My interpretation is, they’ve violated a lot of people’s rights, [and] that’s why I know lawsuits have to be filed.”

Glynis Bethel, who was in jail at press time and not available to comment, played a mostly supporting role in the Escambia fight. But in 2006, when she was removed from a list of prospective substitute teachers after she spent her first and only day as a Baldwin County substitute proselytizing high school students, she began a legal crusade of her own — suing the local school system for allegedly violating her rights by turning down her request to start a for-profit Christian after-school program on public school property.

Neither of the Bethels hold a law degree, but by all accounts, they understand how the system works. Though their legal filings are replete with accusations of criminality, corruption, ungodly motives and racism, they usually also contain the necessary components to move forward in court. 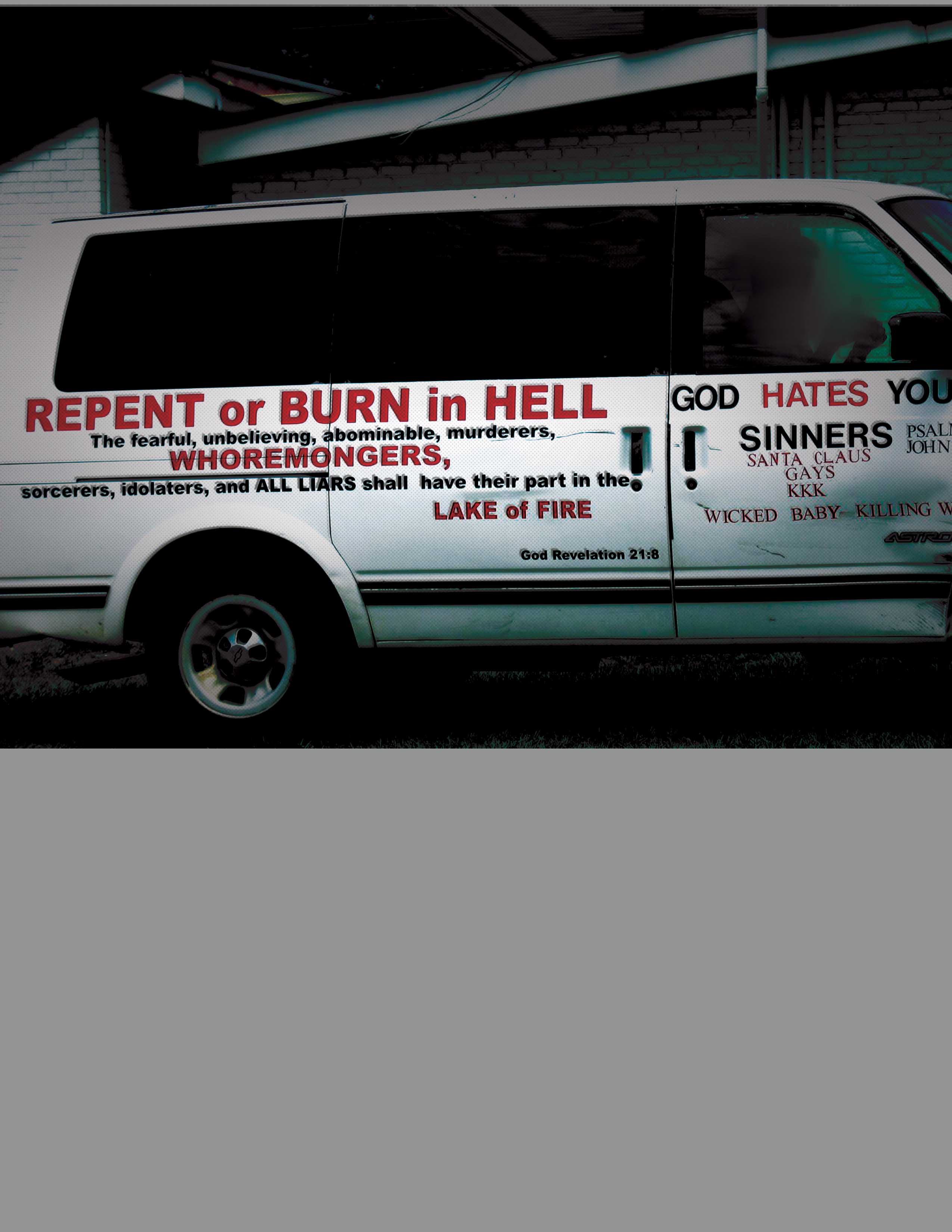 The school system saw a darker side of the Bethels’ intransigence in January 2009, when it sent a truancy officer to their home to track down their three children. In response, Glynis Bethel sent school board employees a copy of her concealed carry application and announced she had purchased a BB gun and baseball bat to “protect” herself against “corrupt government officials.”

Citing the Bethels’ repeated threats against school officials, judges and law enforcement, Boardman applied for and was granted a protective order on behalf of all employees of the public schools in Baldwin County, one of Alabama’s two seaside counties.

A few months later, Glynis Bethel threatened to use her “Second Amendment rights” against a deputy sheriff who came to her home to serve papers. She was charged with interfering with a government operation, a misdemeanor. While waiting in the courtroom lobby for a related hearing, she “started hollering and carrying on,” as Sheriff Mack put it, and was additionally charged with disorderly conduct. Convicted on both charges, she was sentenced to consecutive six-month stints at the Baldwin County Jail — a verdict she appealed all the way up to the Alabama Supreme Court.

In February 2010, while Glynis Bethel was still waiting for her appeal to be heard, her husband launched a campaign of his own, running unsuccessfully for Baldwin County sheriff on a platform of weeding out what he alleged was rampant corruption within the department. In April, Orlando Bethel was arrested and briefly jailed for harassing other candidates at the Baldwin Strawberry Festival. Soon after that, Alabama’s high court announced that his wife had lost her appeal and would have to report to jail.

The prophetess and her family fled the jurisdiction. They bounced around the Southeast for months in 2010 and 2011, staging religious demonstrations and suing school districts for alleged violations of their constitutional rights. This April, they landed in the Nashville suburb of Brentwood, Tenn. As they had elsewhere, the Bethels claimed homelessness and went to the local high school to enroll the children, who for their first day of school were clad in T-shirts reading “God hates gays,” “God hates w-----” and “God hates you sinners.” On discovering that the family owned a home in Alabama, Brentwood refused their application, but the Bethels refused to leave the principal’s office at the meeting’s end. According to local newspapers, the children were arrested and charged with trespassing. 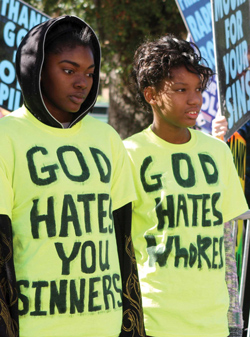 On July 13, apparently still in Tennessee, she issued a tweet likening herself to Michael Bray, an anti-abortion extremist and “justifiable homicide” advocate who spent nearly four years in prison in the 1980s for his role in bombing women’s health clinics and advocacy groups around Washington, D.C. On July 14, she left a voicemail with the Baldwin County sheriff’s office saying she was armed with a gun and prepared to be a martyr, school officials said. The county’s (mostly empty) school buildings were locked down, but Bethel never showed.

On Aug. 4, police apprehended her in Mobile, Ala., where she was wanted on old family court charges. Upon completion of that case, she was expected to be returned to Nashville to face the pepper spray charges, and then to Baldwin County to serve time there.

None of this seems to be slowing Orlando Bethel, who sings the praises of the hardheaded approach pioneered by Westboro Baptist Church and its leader, Fred Phelps. In the YouTube interview, in fact, Bethel does his best imitation of Phelps, telling the camera, as Phelps has done countless times, that “God hates f---.”

That wasn’t good enough for the Westboro congregation, however, which has done its best over the years to distinguish itself as the most extreme anti-gay group in America. Sniffed Westboro spokesman Steve Drain, when asked by the Report about the apparently sympathetic ministry of Orlando Bethel: “He’s no better or different than the f---.”