What’s in a name? For the American Third Position (A3P), the only white nationalist political party in the United States, apparently some sleight of hand.

In February, A3P officials announced they were changing the group’s name to the American Freedom Party (AFP) after a “strong” finish in the 2012 presidential election. But what the group was not planning, despite all the fanfare surrounding its patriotic new logo of red, white and blue letters, was any change at all in its platform. It remains defined by unvarnished disdain for immigrants and its chairman’s longstanding desire to deport any American with a “discernable trace of Negro blood.”

As the party said in a statement, “Only the name is changing. … [T]he party’s passionate defense of freedom, as well as its platform, will remain the same.” 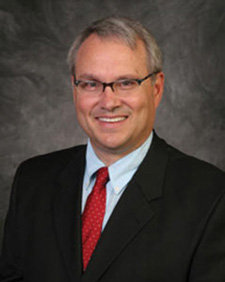 What is apparently behind the name change is an effort to draw in future voters who either didn’t understand the “third position” — a racist ideology that rejects both capitalism and communism — or knew the A3P’s version to be akin to neo-Nazism. It may also have been an attempt to draw in the far more numerous supporters of the similarly named antigovernment “Patriot” groups that have burgeoned in recent years.

It’s understandable that the group would look for a makeover after its less-than-remarkable showing in the 2012 presidential election. The party’s candidate, film director and white nationalist Merlin Miller, finished ninth. But that didn’t stop A3P spin doctors from doing their work.

“Surprising his competitors,” a statement accompanying the announcement of the November election results reads, “Miller finished … ahead of a number of much larger parties and more well-known candidates.”

Well, kind of. In a country of more than 310 million people, Miller won the votes of exactly 2,703 voters. That works out, in the final, official statistics of the 2012 presidential election, to 0.00%.