The 9th U.S. Circuit Court of Appeals declined neo-Nazi Dennis Mahon’s request to reverse his 2012 conviction for mailing a letter bomb that injured a black city official and two others at the Scotts­dale, Ariz., Office of Diversity and Dialogue in 2004. Mahon, who with his twin brother Dennis had ties to the White Aryan Resistance, will be 93 years old when his sentence ends in 2044.

A Marion, N.C., man who allegedly wore a Nazi uniform while conducting “military training” for hours on end in a wooded area near his parents’ home was arrested on charges of being a felon in possession of a firearm and ordered held without bond. Mark Schmidt, 49, allegedly told an infor­mant he planned to kill people at work and “have a shooting with the ‘pigs’ and/or ‘feds.’” Officials said they were con­templating bringing addi­tional charges.

A Lincoln County, Neb., jury found longtime white suprem­acist Rudy Stanko guilty of theft by deception. Stanko, who in the early 1990s was briefly named as the heir apparent to the then-leader of the neo-Nazi World Church of the Creator and who once served time for intentionally selling tainted meat to public schools, had advanced $200 to Geral Pinault to build a web­site for his Nebraska Beef Company. After researching Stanko, Pinault decided to return the $200 in the form of a money order, which Stanko kept even though he’d also canceled his $200 check.

A Rome, Ga., federal judge sentenced three Georgia mili­tia members to 12 years each in prison, after they pleaded guilty to charges of conspir­acy to use weapons of mass destruction. Terry Eugene Peace, Brian Edward Can­non and Corey Robert Wil­liamson plotted to start an “active revolution against the government” by target­ing law enforcement agencies and sabotaging power grids, transfer stations and water treatment facilities. The three­some hoped to spark a decla­ration of martial law and a subsequent uprising by like­minded militiamen.

A Kansas City federal judge handed down a 20-year sen­tence to an avionics techni­cian who tried to explode a car bomb at Wichita’s Dwight D. Eisenhower National Air­port. Terry Lee Loewen, 60, who in June pleaded guilty to a single count of attempt­ing to use a weapon of mass destruction, told an under­cover agent he was waiting for a “green light” from Allah to carry out a suicide attack. He said he was inspired by Al Qaeda’s Osama bin Laden and Anwar al-Awlaki.

A long-haul trucker and for­mer seminarian at the anti- Semitic Society of Saint Pius X (SSPX), a “radical traditional­ist” Catholic religious order, was arrested in Menomonie, Wis., and extradited to Coeur d’Alene, Idaho, to face felony charges of raping two under­age boys. Kevin G. Sloniker, 30, reportedly admitted to molesting a total of nine boys and is suspected of sexually abusing at least eight more. In 2005, Sloniker was report­edly expelled from an SSPX seminary for being mentally unstable after he tried to cir­cumcise himself.

A Lexington, S.C., judge sen­tenced August Byron Kreis III, 61, a former Pennsyl­vania leader in white supremacist groups including the Ku Klux Klan, the Posse Comi­tatus and the Aryan Nations, to 50 years in prison for one count of criminal sexual conduct involving an child and two of committing lewd acts on a child. “I will always hate the Jew,” an unrepentant Kreis, who once proposed an anti-Jewish alliance between Al Qaeda and the Aryan Nations, said at sentencing. 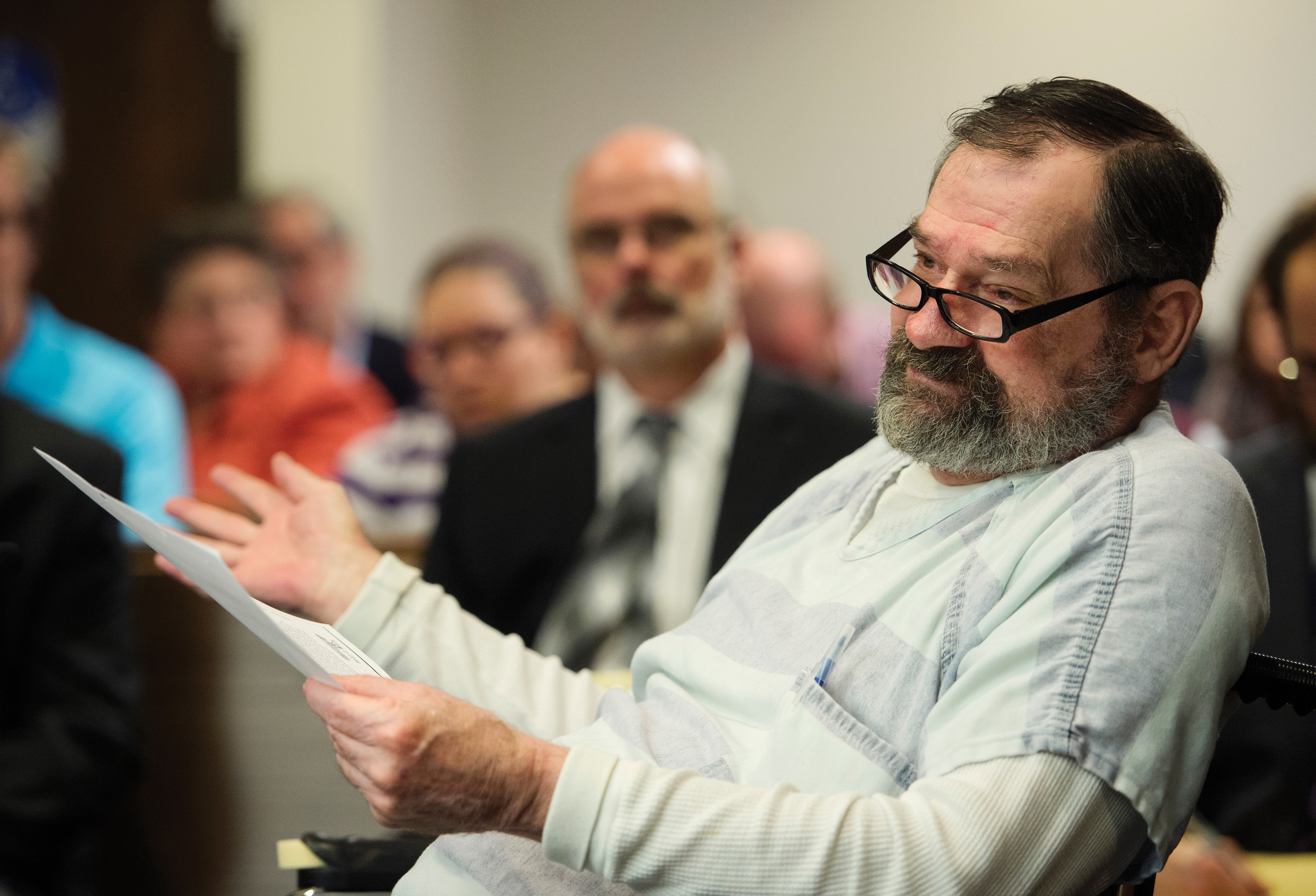 A judge in Johnson County, Kan., sentenced former Ku Klux Klan leader and White Patriot Party founder Frazier Glenn Miller Jr. to death for mur­dering three people at two Overland Park Jewish centers in April 2014. Miller, 75, said he shot his victims — all of whom were Chris­tian — because he wanted to kill Jews before he died. In a related case, John Mark Reidle of Aurora, Mo., faces up to 10 years when he is sentenced for acting as a straw buyer for the weapon Miller used.

An Akron, Ohio, man was arrested after allegedly using social media to call for sup­port of the Islamic State in September. Terrence J. McNeil, 25, was also accused of posting the addresses of dozens of military person­nel on a Tumblr account, tell­ing readers to “[k]ill them in their own lands, behead them in their own homes, stab them to death as they walk their streets thinking that they are safe.”