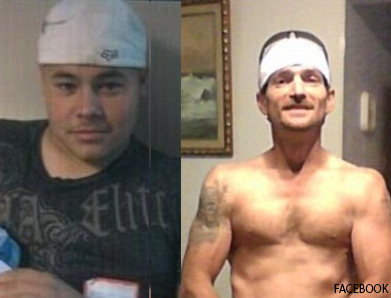 With the families of his victims sitting and sobbing in the front row of a Tulsa, Okla., courtroom yesterday, the young killer apologized to them and the rest of the city’s black community for his role in the racially charged rampage known as the Good Friday Shootings.

“There are no words to express the sorrow and guilt of what I have done,” Jake England told the courtroom, his voice slightly cracking, according to the Associated Press. “There is no excuse for my actions. I must live with this in my heart until the end of my days.”

Just 21, England will spend the rest of those days in prison.

On Monday, England and Alvin Watts, 34, his accomplice in a shooting spree that left two black men and a black woman dead and two black men wounded on Good Friday 2012, were each sentenced to five consecutive life terms.

The sentences were handed down after the men pleaded guilty to avoid the death penalty. They had been charged with first-degree murder and five hate crimes.

While police identified both men as white, England is apparently also part Native American. Both defendants, according to the Tulsa World, admitted Monday to seeking out the victims because they were black.

The shootings shook the city.

“It was the most difficult situation I’ve ever dealt with in my public life because the stakes were so huge,” Tulsa City Council member Jack Henderson told the Tulsa World last year. “We had to keep the lid on the city.”

The murder victims were Dannaer Fields, 49, Bobby Clark, 54, and William Allen, 31. David Hall and Deon Tucker were shot but survived.

The victims were gunned down at random at four different locations on the city’s north side.

As police formed a task force called Operation Random Shooter and searched for the killers, parents kept their children indoors for fear of more shootings. Tips from the public lead to the arrest of England and Watts on Eastern morning.

Watts and England appeared separately in court on Monday. At his sentencing, England looked directly at Field’s mother and father and Allen’s wife, according to the World, and apologized that his “chaotic and self-destructive” path had caused the death of their loved one.

In 2010, England’s father was killed by a black man in a fight, but authorities ruled it an act of self-defense and the man was not charged.

Watts did not make a statement at his sentencing.

“I have never seen such a senseless crime for no reason,” said Assistant District Attorney Doug Drummond, according to the World. “Never in my career, and I hope I never see this again.”