The shooting of an armed antigovernment activist during an Oregon wildlife refuge takeover was justified, a state investigation concluded. But the same investigation raised questions whether the FBI’s elite Hostage Rescue Team may have fired a weapon during the deadly traffic stop. 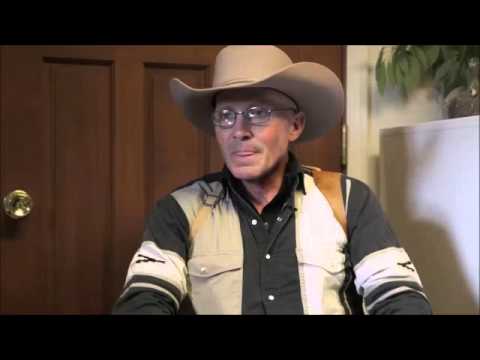 The investigation by the state’s Tri-County Major Incident Team also disclosed that an unidentified member of the FBI’s Hostage Rescue Team, who was at a U.S. Highway 395 roadblock north of Burns where Finicum died, apparently fired two rounds, one of which struck the Finicum’s truck. The FBI agent didn’t make that disclosure during two interviews with state investigators, the report says.

Finicum was the only person to die during the 41-day refuge takeover that ended on Feb. 11 when the last four refuge occupiers surrendered. The Oregon state investigation began after Finicum was killed on Jan. 26 as he and his fellow occupiers, Ammon and Ryan Bundy, Ryan Payne, Brian Cavalier, Shawna Cox and two others, were driving in two vehicles to see Sheriff Glenn Palmer, in adjoining Grant County.

While the Bundy brothers and other occupiers were arrested without incident as part of an FBI plan devised over two days, Finicum refused to surrender and screamed at officers to kill him, supporting his earlier public statements that he didn’t want to spend the rest of his life “in a concrete box” and would eagerly die in defense of liberty.

Oregon investigators buttressed their report with a YouTube video posted late Tuesday. The video is a composite of cell phone video taken inside Finicum’s truck synched with video the FBI took from an aerial vehicle.

In the tense exchange recorded from inside Finicum’s truck, Finicum remained defiant until the very end while his passengers tried to call for backup.

“You can go ahead and shoot me,” Finicum screamed at agents from the driver seat of his late-model Dodge crew-cab pickup during the initial stop. “Put the laser right here,” he said, pointing to his forehead. “Put the bullet right through the head. OK, boy?” Moments, later he yells out the window again: “You want my blood on your hands, get it done, ‘cause we got people to see and places to go.” Ryan Bundy yelled at officers from the backseat, “You need to back off.”

Ryan W. Payne, 32, of Anaconda, Mont., considered the “tactical leader” of the refuge takeover and one of the planners behind the Bunkerville standoff, raised his hands and got out of Finicum’s 4-door pickup and was arrested. But Ryan Bundy, 43, of Mesquite, Nev., Shawna Cox, 59, of Kanab, Utah, and Victoria Sharp, an 18-year-old gospel singer, remained in the truck driven by Finicum.

The occupants of a separate vehicle, driver Mark C. McConnell, 37, of Buckeye, Ariz., occupier Ammon Bundy, 40, of Emmett, Idaho, and his bodyguard, Brian D. Cavalier, 44, of Bunkerville, Nev., followed commands, got out of their Jeep at the initial traffic stop and were arrested without incident. One arresting agent said the trio acted almost friendly.

But, in a split-second decision, Finicum sped off with his three passengers northbound on U.S. Highway 395 at speeds up to 70 mph. As the road careened right, Finicum attempted to drive his truck around a secondary roadblock of vehicles manned by OSP troopers and FBI agents.

One OSP trooper, who wasn’t publicly identified, fired three shots from his AR15 at Finicum’s speeding Dodge pickup as it sped toward the roadblock, but none of those bullets struck the driver or the three other occupants, the investigation found.

Finicum then drove into the snow and jumped from his truck. As he flailed in knee-deep snow, two other OSP troopers fired their weapons after he refused to comply and reached for a pocket later found to be containing a handgun.

Three of those rounds struck Finicum in the back, killing him instantly.

Malheur County District Attorney Dan Norris said Tuesday, in releasing results of the independent investigation coordinated by the Deschutes County Sheriff’s Office, that state troopers were justified in shooting the 54-year-old Arizona rancher because he failed to heed police commands, nearly struck an officer with his truck at the roadblock and repeatedly reached for his loaded Ruger 9mm semi-automatic pistol.

But the Department of Justice’s Office of Inspector General and the U.S. Attorney’s Office in Oregon are now investigating whether there was dishonesty or a cover-up on the part of FBI agents involved at the shooting scene.

Greg Bretzing, the FBI agent in charge of Oregon, released a statement saying that the state’s investigation indicated that in between the series of shots fired by OSP troopers, “one, and possibly two, additional shots were fired by law enforcement as Mr. Finicum was exiting the vehicle after hitting the snow bank.”

Bretzing did not concede that those additional two shots were fired by FBI agents. “As autopsy results confirm, neither of these shots struck Mr. Finicum,” the FBI supervisor said, adding that “the question of who fired these shots has not been resolved.”

“Because this is an ongoing matter, it would be inappropriate for me or anyone to speculate or comment further, but I can tell you that the FBI is fully cooperating with the Office of Inspector General,” Bretzing said.

The Oregonian reported in today’s editions that state investigators could explain the origin of bullet holes found in the left front hood, the driver's side mirror and the front grille of Finicum’s truck, concluding that they “came from the automatic weapon of a state trooper who had fired three times at the truck as Finicum raced at 70 mph toward [the] police roadblock on Jan. 26.”

But state investigators initially were puzzled by the source of a fourth bullet hole, the Portland newspaper reported. That triggered “an elaborate computer analysis, a review of the FBI aerial video of the shooting scene and a video from a passenger in Finicum's pickup.”

“The fourth round, police concluded, was fired by an FBI agent who subsequently twice denied to investigators ever firing his gun,” the newspaper reported. “As the investigation proceeded, detectives determined he also fired a second time, but didn't hit anything [or anyone] at the scene.”

"Of particular concern to all of us is that the HRT (Hostage Rescue Team) operators did not disclose their shots to our investigators or their superiors," Deschutes County Sheriff Shane Nelson said in a prepared statement. Nelson also said the state investigators’ “conclusive evidence” about FBI conduct was presented to U.S. Attorney Bill Williams, the U.S. attorney for Oregon, on Feb. 18, and to Bretzing the following day.

Already, the hint of possible law enforcement wrong-doing has provided new energy to antigovernment conspiracy theories about federal law enforcement that began during a 2014 standoff with federal agents at Bunkerville, Nev., and continued until the takeover of the Malheur National Wildlife Refuge in Oregon earlier this year.

Finicum was a visible player at both events, vocally and publicly sharing the antigovernment views of his fellow-rancher and friend, Cliven Bundy, and his four sons, now among 44 antigovernment activists under federal arrest in Oregon and Nevada. In fact, immediately after Finicum’s death, the 54-year-old Arizona rancher and foster parent became the newest icon for the antigovernment movement, particularly among those extremists who arm themselves to oppose federal ownership and management of public lands.

“BREAKING! Massive cover up. — First shots fired before they stopped,” a posting on the Bundy Ranch Facebook page proclaimed shortly after the shooting investigation results were released Tuesday. “Goverment [sic] lied, patriots told the truth! LaVoy sacrificed himself to save others ‪#‎JusticeForLaVoy ‪#‎HandsUpDontShoot SHARE EVERYWHERE!”