A self-proclaimed “sovereign citizen,” who was tried in absentia because he refused to cooperate in state court, has been found guilty by a Pennsylvania jury of murdering his 5-week-old daughter.

Lincoln Dave Levys, 29, of Wilkinsburg, Pa., was found guilty on Monday in Pittsburgh of third-degree murder for the 2014 death of his infant daughter, Sage, and endangering her and two other children, media outlets reported.

He also was found guilty of assaulting the infant and another child, but was acquitted of assaulting a third child. The Alleghany County Common Pleas Court jury also found him guilty of possessing drug paraphernalia. 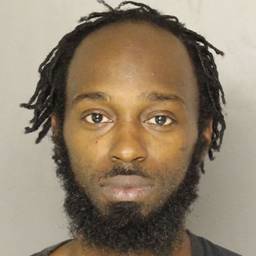 Levys faces up to 40 years in prison when he is sentenced in December, the Pittsburgh Tribune-Review reported.

Like many other antigovernment sovereign citizens, the defendant claimed the court and the laws it enforces have no jurisdiction over him, and he demanded to act as his own attorney.

Levys wasn’t in the courtroom during the entire five-day trial because he refused to cooperate and continued with outbursts after repeated admonishments from the trial judge during jury selection, according to media reports.

The defendant also refused the judge’s order to dress in street clothes, wearing a red jail jumpsuit to court. He previously underwent a court-ordered psychological examination and was found mentally competent to stand trial.

“Excuse me, your honor, I didn’t consent to this jury or judge,” Levys shouted out in court as the clerk read the criminal charges he faced – third-degree murder, assaulting two other children in the home and possession of drug paraphernalia.

“I’m giving you one more opportunity if you want to participate in your jury selection,” the judge said. When the defendant’s outburst continued, he was removed from the courtroom by sheriff’s deputies.

Over their client’s objection, Levys’ defense attorneys repeatedly objected to the trial proceeding without his presence or participation, which could be grounds for an appeal, according to media accounts.

Levys denied any role in events leading to the child-abuse death of his daughter on Oct. 23, 2014. The jury was told that the child died as a result of repeated abuse over several days, including blunt force trauma and gouge marks on her face, possibly from the defendant’s fingernails. The infant also had a fractured rib and arm.

The prosecution’s case largely was based on the testimony of Sheena Alston, the infant’s mother and Levys' ex-girlfriend, who testified about the defendant’s abusive behavior.

After the baby’s death, Alston initially lied to police and didn’t tell them Levys had abused her and other children in the home “until she started being treated as a suspect herself,” the newspaper reported. She changed her story after six hours of police interviews, telling investigators that Levys had been the baby's sole caretaker in the hours before its death.

Assistant District Attorney Jennifer DiGiovanni argued to the jury that Alston “turned a blind eye” to the abuse of her child because she, too, was a victim of abuse. She previously pleaded guilty to three counts of child endangerment but won’t get credit at her sentencing for testifying for the prosecution during Levys’ trial, the media reports said.