Republican Steve McLaughlin signed onto a letter protesting the Hammonds' arrest, and the next thing he knew, his biggest supporters were 'Patriots.'

It seemed like a fine idea at the time. 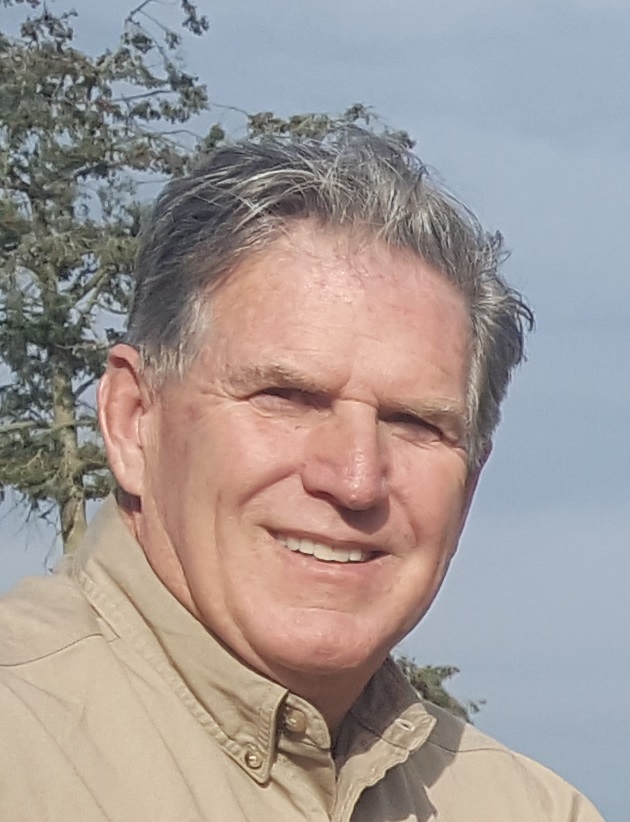 When Steve McLaughlin, freshly announced as a Republican candidate for Washington state’s Commissioner of Lands last fall, was approached by a state legislator from the Coalition of Westerns States (COWS) about joining their protest of the imminent re-arrest of two Oregon ranchers, he gladly signed on.

After all, the man who approached him – Rep. Matt Shea, R-Spokane Valley – is not only an elected official, he’s a ranking member of the state House GOP caucus. And McLaughlin, who grew up in southern Oregon, was familiar with the case of Dwight and Steve Hammond – Oregon ranchers being sent back to prison for an arson they committed years beforehand – and was sympathetic to their cause.

“If an elected guy calls me on the phone and asks for my help, I’m gonna give it to him, I don’t care who it is,” McLaughlin told Hatewatch. “I believe in serving our community.”

McLaughlin’s eventual experience, however, proved something of a cautionary fable for well-meaning conservatives seduced by the rhetoric of antigovernment "Patriots" into lending their good names for these extremists’ own bids for legitimacy.

Because before he knew it, McLaughlin was knee-deep in a claque of radical supporters.

“I definitely regret being pulled into that orbit,” he told Hatewatch. McLaughlin said he wants nothing to do with either their radical anti-federal lands agenda or their warped conspiracism. “That’s not who I am,” he said.

What he didn’t realize at the time was that Shea (who has a long history of antigovernment “Patriot” movement activism) and his associates – including state Rep. Michelle Fiore of Nevada, Rep. Heather Scott of Idaho, and “liberty speaker” Gavin Seim – comprised a working group of antigovernment extremists whose attack of federal ownership of public lands would soon reach its apotheosis in the January takeover of the Malheur National Wildlife Refuge in Oregon.

So McLaughlin’s name appeared (as the group’s “Veterans Coordinator”) on a COWS press release on Dec. 11, decrying the Hammonds’ re-imprisonment. It also described “a literal, intentional conspiracy to deprive ranchers of their property rights throughout the west,” and claimed that it intended to “once and for all restore management of public lands to the states where it belongs.”

Appearing alongside McLaughlin’s name on the release was a virtual Who’s Who of the Western antigovernment movement’s radical land-use contingent, many of them closely associated with the armed standoff between federal agents and supporters of rancher Cliven Bundy near Bunkerville, Nev., in April 2015.

They were: Shea, Fiore, Seim, and Scott, as well as Anthony Bosworth, the beneficiary of a Patriot protest in Spokane in 2015 and the recent winner of the “Patriot of the Year” award given annually by Shea; Kris Anne Hall, a popular “constitutionalist” talk-show host; and Richard Mack, the founder and leader of the far-right Constitutional Sheriffs and Peace Officers Association. Within the next month and a half, every one of these people would become players in the drama that unfolded at the Malheur.

When two of Cliven Bundy’s sons, Ammon and Ryan, led a cohort of “constitutionalist” supporters in taking over the Malheur refuge on Jan. 3, McLaughlin was appalled, and quietly withdrew his support for COWS. He says he remained opposed to the standoff, especially as it drew to a close with the arrests of multiple participants (and the death of one militant, rancher LaVoy Finicum of Utah) and an eventual negotiated end to the 41-day standoff itself.

However, McLaughlin’s association with COWS was the primary factor in his subsequent listing as part of a group of Northwest politicians and elected officials who had lined up in support of the Bundys’ extremist land-right agenda.

For months, McLaughlin remained pulled into the “Patriot” orbit.

• In June, he was interviewed by Northwest antigovernment extremist John Jacob Schmidt, one of the leaders of the “American Redoubt” movement that wants to carve out a “Patriots only” homeland in the interior Northwest, including Idaho, Montana, Wyoming, and portions of eastern Washington and Oregon. Schmidt described McLaughlin as a “God-fearing patriot” and McLaughlin himself urged listeners to donate to his campaign “to get a good patriot into office.” In response to a question by Schmidt about the “Agenda 21” conspiracy theory favored by right-wing extremists, McLaughlin seemed to go along: “My plan is to restore balance on our public lands that are way out of balance,” he said. "And an unintended consequence of what the more radical elements in our society have attempted over the past 30 years to meet that Agenda 2030. And it’s not working. It’s failing.”

• The next week, McLaughlin was a featured speaker at the 21st annual Marble God and Country Celebration in the small northeastern Washington town of Marble; the annual gathering there is uniformly “constitutionalist” in its orientation, and this year’s celebration was especially focused on the Malheur standoff, featuring numerous speakers and panels sympathetic to the occupiers’ beliefs (not to mention various discussions of the martyrdom of Finicum). No recording of McLaughlin’s speech to the gathering could be found, but an audience member, who requested anonymity, said McLaughlin had expressed sympathy with a number of antigovernment positions regarding federal lands, and that,he had made the audience feel “he was one of us.” McLaughlin reportedly also said that he planned to offer an “attenuated” message when he campaigned on the western (and more liberal) half of the state, but he hoped the audience would be understanding of the shift.

• At a campaign appearance in the northeastern Washington town of Chewelah, McLaughlin was introduced to the crowd by Stevens County Commissioner Steve Parker, an ardent supporter of the COWS federal-lands agenda and one of the officials listed as a land-rights extremist in the SPLC’s report on Northwest political officials.

McLaughlin gave Hatewatch reasonable explanations for all these associations, mostly the result, he said, of his own embrace of patriotic values. He was a Navy Commander and a veteran of 25 years’ service, but yet he was utterly unaware, he says, of the radical right-wing agenda hidden behind the flag-waving façade.

Most of all, he utterly disavows any aspect of the antigovernment movement’s federal lands agenda. “I grew up in the Northwest. And I grew up fishing, and hunting and hiking on federal public lands, and I know what a treasure they are,” McLaughlin told Hatewatch. “When I finished up in the Navy I moved back here because of that, because I’ve seen how it works elsewhere, where there aren’t federal public lands like this. If anything, I’m concerned about access to those lands – I think they need to be opened up.”

Insofar as any movement to return federal lands to the states, McLaughlin says he’s completely opposed to the idea.

“I know there is a growing movement to do this, but first of all, let me say I think it’s highly unlikely,” he told Hatewatch. “I don’t want one square centimeter of federal land coming to the states. We can discuss how well they are managed and how that affects state lands, but taking them over is a bad idea.”

So-called “citizen militias,” he says, are “illegal,” and he condemns the Bundys and their cohorts as “domestic terrorists.” He cited his previous work on terrorism task forces that included dealing with right-wing extremists and says he utterly rejects their antigovernment ideology: “That’s never what I have been about.”

As McLaughlin has campaigned statewide on a more regular basis, he says, he’s come into contact with a broad range of voices, and has emphasized his mainstream credentials in an attempt to distance himself from some of his earlier supporters. He says he realizes his relative political inexperience may have led him to misunderstand the motives of some of those supporters.

It’s paid off relatively well so far – he received exculpatory support in the form of a Tacoma News Tribune editorial, as well as Mapes’ Seattle Times profile that largely cleared him of his previous extremist associations.

At a recent candidates’ event in the eastern Washington town of Loon Lake, a local activist named Ken Barker acted as McLaughlin’s fill-in at the forum. Barker, according to Hatewatch’s local sources, has a long history in the region of organizing militias, and ran for sheriff in 2014 as self-described “constitutional” sheriff openly sympathetic to the Bundys, and an ardent subscriber to that movement’s ideology.

McLaughlin acknowledged in an email that he authorized Barker to speak for him, but said he had no inkling of his extremist history. “In my association with him, he has never made any comment that would lead me to question any militia involvement. He also helped organize delivery of relief supplies in NE WA last summer (this is when I met him). I've stayed in his home and the most radical thing I had to deal with was to take off my shoes at the door.”

Of course, a quick review of Barker's campaign video –– in which he spouts endless "constitutionalist" theories about law enforcement and public lands –– might have disabused him of that assessment. But then, antigovernment extremists have been known to disguise that side of their beliefs when drawing others into their orbit.