A Michigan man who used Twitter to threaten to kill school children and Jews was acquitted Wednesday, June 28, of two felonies, including aggravated stalking of the Maryland man who turned him in to the FBI in 2015.

While a jury in Grand Rapids, Michigan, determined there wasn’t proof beyond a reasonable doubt to convict David Joseph Lenio of aggravated stalking and use of a computer to commit a crime, the panel did convict him of malicious use of telecommunication services, a misdemeanor.

Lenio, 30, who has been in jail since late February in Grand Rapids, was released on his own recognizance, but the judge banned him from using a phone or the Internet until sentencing in August.

Lenio did not testify in his own defense during the three-day trial.

He was accused of stalking and using a computer to threaten and engage in willful “repeated or continuous harassment” of Jonathan Hutson, a Maryland anti-gun violence advocate whose Twitter-sleuthing led to Lenio’s arrest when Lenio was briefly living in Kalispell, Montana, in 2015.

At that time, Flathead County, Montana prosecutors charged Lenio with two felony charges of intimidation and malicious intimidation for making online threats of violence. A search of his apartment in Kalispell turned up a handgun and two rifles – a bolt action and a semi-automatic.

Lenio, a former high school cross-country athlete, used his Twitter account to say he wanted to execute 30 or more grade school children -- to exceed the number killed at Sandy Hook in December 2012.

He also posted tweets about shooting up a synagogue, boasting that he wanted to put two bullets “in the head” of a rabbi or Jewish leader. He additionally posted comments about going on a killing rampage until “cops take me out.” 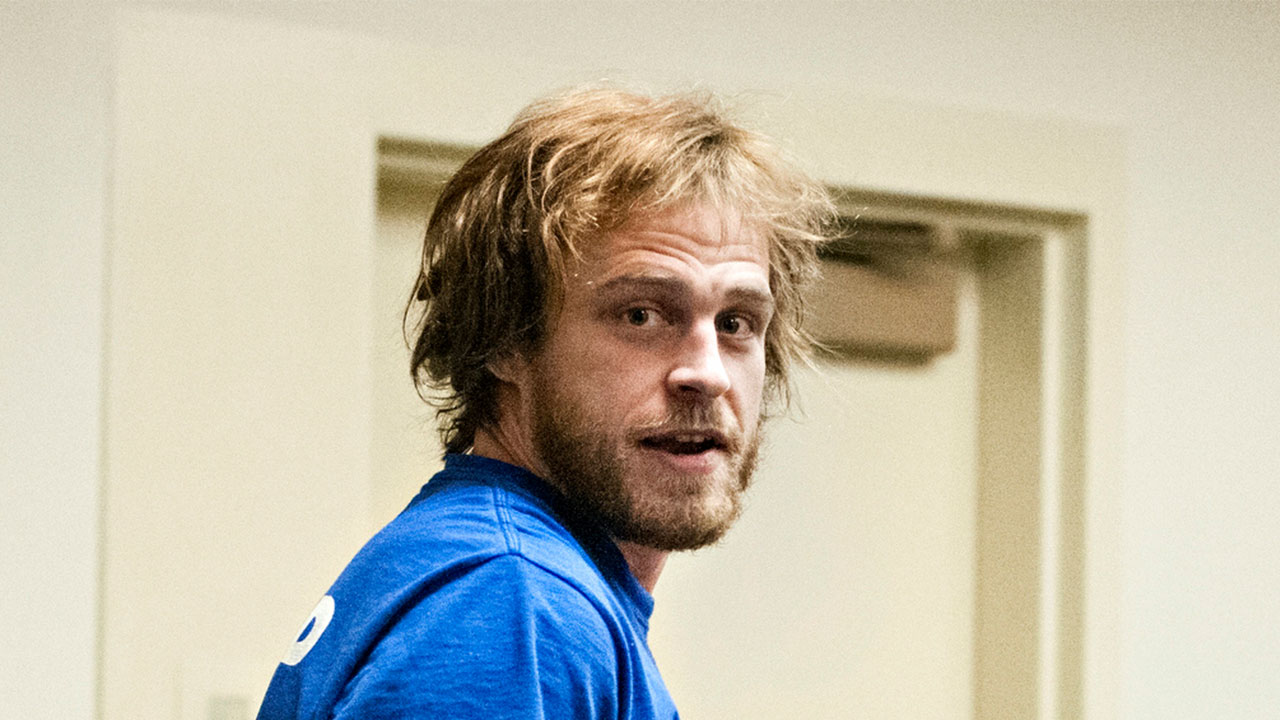 David Joseph Lenio was convicted of one misdemeanor and found not guilty of two felonies related to online threats made against children and Jews. (AP Images/Flathead Beacon, Greg Lindstrom)

But the Montana prosecutors suddenly dropped the twin felony charges just days before the 2015 trial under a “deferred prosecution” deal that the charges against Lenio would be dropped in 2018 if he broke no laws, including contact with Hutson.

However, after returning to his hometown in Michigan, Lenio early this year again used Twitter – this time to “terrorize, frighten, intimidate and harass” Hutson in violation of the Montana court order.

During the Michigan trial that ended Wednesday, there was a “point of confusion” between the prosecution and defense whether Lenio violated the Montana delayed prosecution agreement, according to the news site Michigan Live.

Hutson told Hatewatch he hopes, as a crime victim, that he will be able to address the court at Lenio’s sentencing hearing.

“My primary concern remains that David Lenio should receive the mental healthcare he needs and deserves” at his own expense, Hutson said.

He also said he will urge the court to place Lenio on probation for two years, during which time he would be banned from social media, not contact any witnesses, and not own or possess guns.

“I hope he will turn his life around,” Hutson said. “He needs intervention and support to do that.”