News reports from across the country showed that plenty of students took time to meet someone new. 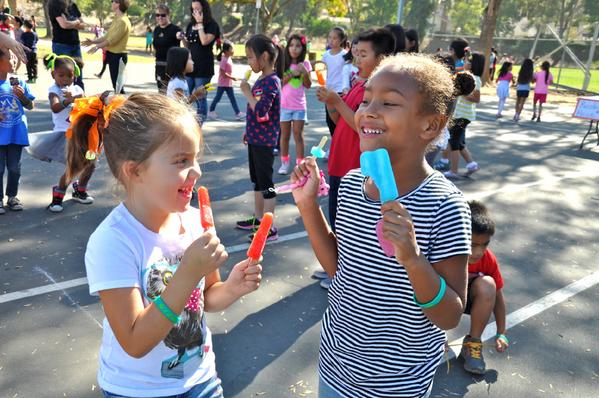 An estimated 1 million students across the country stepped out of their cliques and challenged stereotypes on Oct. 28 as part of national Mix It Up at Lunch Day – an event designed to foster respect among students by asking them to sit with someone new at lunch for just one day.

News reports from across the country showed that plenty of students took time to meet someone new.

“We’re a very diverse school,” Daniela Michanie, a senior who helped organize the event at Dr. Michael Krop High School in Miami, told a local television station. “But what happens is, there’s a lot of self-segregation. People drift into the groups they think they’re supposed to be in.”

At Tioughnioga Riverside Academy in Whitney Point, New York, students participated in their first Mix It Up event.

“We want everybody to feel included and feel they have friends to talk to and be with,” sixth-grader Ada Roe told a local newspaper. “We don’t want anyone to feel lonely.”

Seventh-grader Liam Lynch praised the event when the newspaper reporter asked him about it.

“[I]t’s cool to sit with people you wouldn’t normally sit with,” he said.

Cafeterias are the focus of the program because that’s where a school’s social boundaries are most obvious. But many schools plan similar barrier-breaking activities outside the lunchroom. Some schools use the event to kick off yearlong explorations of social divisions. Each school sets its own agenda, makes its own plans and chooses its own theme for Mix It Up. Schools are encouraged to register their event.

A school can host a Mix It Up event any time of the year. Students at Davison Avenue Intermediate School in Lynbrook, New York, celebrated Mix It Up a few days earlier, but still got to know their fellow students better.

“Students said they had learned things about their classmates they never knew and some spoke to students they had never spoken to before,” said Eileen Duffy Traslavina, the school’s social worker. “All the students thought it was fun.”

Scroll through the social media activity around #MixLunch below!

The program, launched by the Southern Poverty Law Center’s Teaching Tolerance project in 2002, is designed to help educators create schools where students see each other as individuals – not just members of separate groups. Breaking down these barriers can help reduce bullying and create a school that is safe and welcoming for all students.