Vilson recognized that many of his white colleagues refused to talk about issues of race and social justice on social media, according to the latest issue of Teaching Tolerance magazine, which went online this week.

Other educators told Vilson in 2013 that Twitter wasn’t the right platform for in-depth conversation or “controversy.”

“And EduColor begged to differ,” said Vilson, who strives through his online social justice initiative for an equitable education for everyone. “EduColor said, ‘No, actually, we can have this conversation right here, right now.’”

“Educators and Their #Community,” the cover story for the magazine’s summer issue, describes how Vilson and other social justice educators offer professional development to their peers by talking about issues of race and justice through social media.

Such topics, the story says, are not widely offered in professional development settings. Social media also provides an opportunity for teachers of social justice to connect with their peers and model best practices.

“The use of social media to advance social justice over the last few years has been widely successful,” said Maureen Costello, director of Teaching Tolerance, a program of the SPLC that helps teachers and schools educate children and youth to be active participants in a diverse democracy. “Teachers are embracing this trend and finding ample support in return.”

Other articles in this issue of the magazine also address social justice. 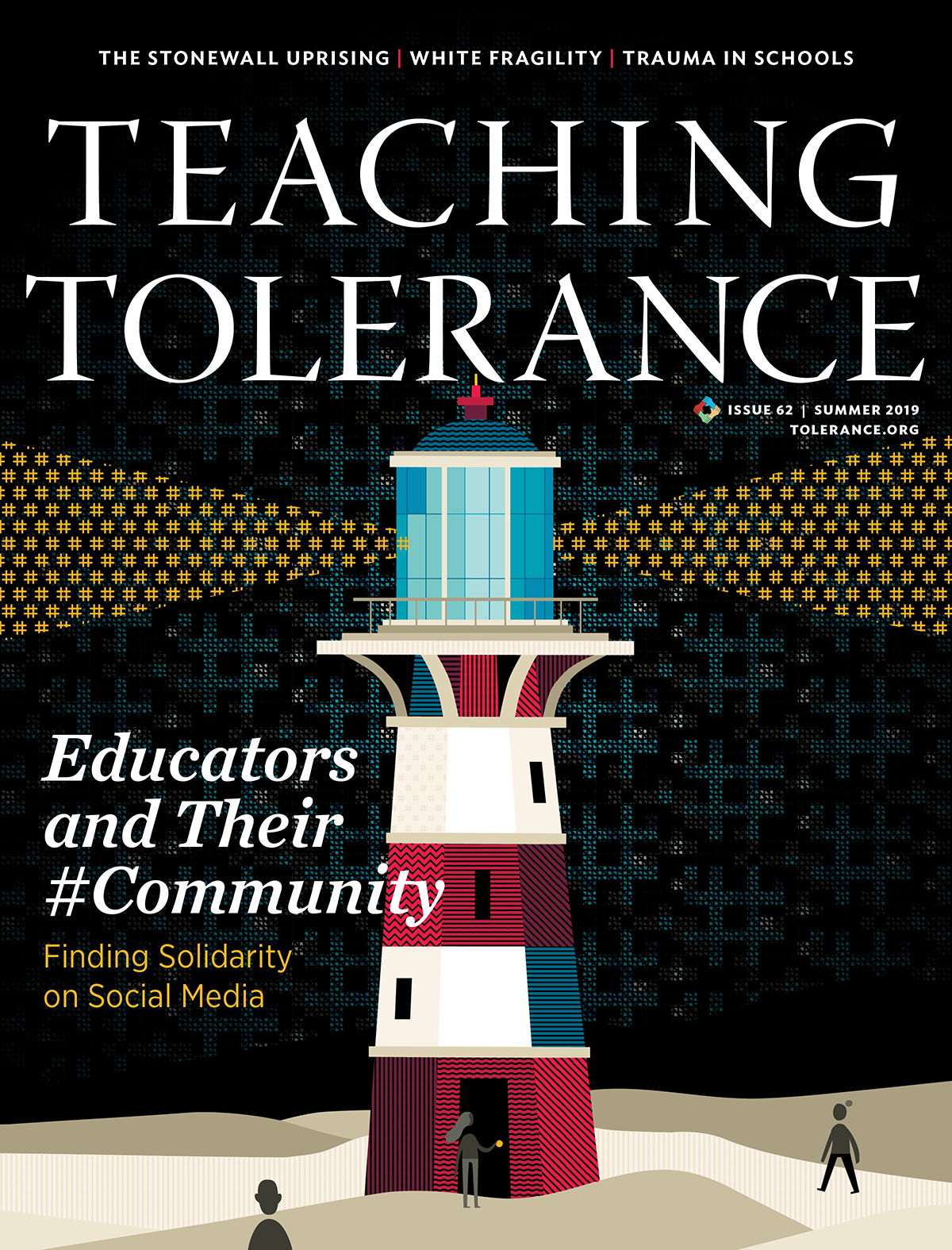 “Teaching Stonewall’s 50th Anniversary” marks the 50th anniversary of the 1969 Stonewall Inn demonstrations that played a significant role in the modern fight for LGBTQ rights in the U.S. The story provides educators with tips on how to give students a more inclusive and accurate portrayal of the Stonewall story.

The magazine also includes an interview with Robin DiAngelo, The New York Times best-selling author of White Fragility: Why It’s So Hard for White People to Talk About Racism.

Another story examines how tracking and ability-grouping in schools across the country help contribute to segregated classrooms and gaps in opportunity between white students and students of color.

The 2019 Summer issue of Teaching Tolerance magazine is available at: www.tolerance.org.

Teaching Tolerance magazine, published three times a year, is the nation’s leading journal serving educators on diversity issues. It is distributed free of charge to more than 410,000 educators nationwide.