In gatherings over the summer, antigovernment 'Patriots' discussed their enemies in violent terms

VALLEY FORGE, Pa. — The Forces of Freedom are ready for war.

In mid-August, about 100 self-described “Patriots” and “strict Constitutionalists” gathered in a hotel ballroom here for the Freedom Action National Conference organized by the conspiracy-minded American Policy Center (APC). United by rage at a federal government they believe is undermining state sovereignty in collusion with the “New World Order,” they were determined to take back the country for the people.

The conference, hosted by APC founder and president Tom DeWeese, featured a parade of antigovernment Patriot movement heroes. Each outlined a theory on the roots of the alleged sovereignty crisis, offered a solution, and encouraged the audience to take action before time ran out.

Most proposed nominally peaceful options such as jury nullification, local government coordination, or outreach through alternative media. But none dismissed the possibility — even the probability — of violence. 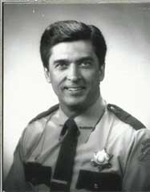 The most overt call for violence came from former Arizona sheriff Richard Mack. “My dear friends, I pray for the day that the first sheriff in this country [is] the one to fire the shot heard ’round the world and take out some IRS agents!” Mack said.

Mack is famous in Patriot circles for joining a lawsuit against the federal government over the Brady Bill requirement that law enforcement agencies conduct background checks on prospective gun owners. Mack, who draws inspiration from the late Cleon Skousen (an ex-FBI agent and constitutional fundamentalist whose disciples in law enforcement swear never to enforce an “unconstitutional” law), refused, saying that the feds had no right to order him to enforce their laws. He and several other sheriffs basically won their lawsuit — weakening the Brady provisions and scoring a win for advocates of state and local sovereignty.

Speaking before a rapt and adoring audience, Mack lambasted the federal government. “The President of the United States has no power, no jurisdiction, I don’t care if it’s George Washington himself, to tell anyone in your state to change one damn thing,” he said. “The sheriff is the one who determines what is and is not enforced in his county. … Your sheriff is the only person who can call up the militia or call up the posse. And he should! We should be so prepared in our counties that when FEMA [comes], we can say, ‘Go home, go to some other county, we’ll call you if we need you.’” (Many on the radical right, including the now-defunct anti-Semitic Posse Comitatus group and much of the contemporary “sovereign citizens” movement, believe, like Mack, that county sheriffs are the highest legitimate law enforcement authority.) 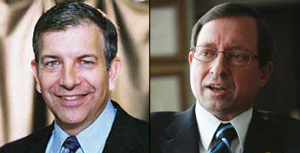 One-time Libertarian Party presidential candidate Michael Badnarick insinuated that a new revolution is in the offing. “Is the government evil? Yes. Are they willing to do anything to subdue us? Yes. But as I said, we just bought 85 million guns,” Badnarick said, a reference to the estimated number of gun owners in America. “Dying for your country is not really the question. Are you willing to kill for liberty?”

Pennsylvania State Rep. Sam Rohrer, who earlier this year lost his primary bid to become the Republican candidate for governor, echoed his call. “There is a time to pray and a time to fight,” said Rohrer, paraphrasing Revolutionary War hero and pastor Peter Muhlenberg. “And I think the time has come to fight.”

Speakers were uniform in believing that the United States is headed for a catastrophe for which strengthened state sovereignty, won by words or by force, is the only antidote.

“The oligarchy our founding fathers feared, federalist and anti-federalist [alike], has taken over,” said Tom Cryer, famous in Patriot circles for beating charges of tax evasion. “We’ve got to put this beast back in the box that it came in.

A month after the Valley Forge conclave, a different group of Patriots met in a far different setting. The three-day “Taking America Back” conference at the Doral Golf Resort & Spa in Miami was organized by the right-wing WorldNetDaily (WND) and its co-founder, Joseph Farah. The numerous speakers and other conference attendees didn’t voice the violent rhetoric of those at the Valley Forge event, but their fury and disgust with the Obama Administration and the general direction of the country were no less fervent.

That’s a lot that they’re disgruntled about, and by no means a comprehensive list. But over and over, Obama bore the brunt of most of the WND group’s ire. He was called a communist, a socialist, a Muslim, “a very dangerous man” and the “liar in chief.” He was accused of deliberately steering America toward failure in order to fulfill his vision of an “international socialist movement.” Some said he should be impeached. “If he can’t subvert America, I really believe Barack Obama wants to bankrupt America,” said Floyd Brown, a consultant who is infamous for his racially charged Willie Horton television ad that severely damaged the 1988 campaign of Democratic presidential candidate Michael Dukakis.

Jerome Corsi, a WND writer and the author of books attacking Obama and former Democratic presidential candidate John Kerry, drummed up his usual suspicions that Obama wasn’t born in America, and therefore is serving in office illegally. He noted that the late left-wing community organizer Saul Alinsky dedicated his book, Rules for Radicals, to Lucifer, and said Obama was trained in Alinsky’s methods and should therefore renounce the devil — as well as Islam.

Corsi and many others at the Miami conference stressed the importance of not compromising with the Republican Party on core social issues, especially same-sex marriage, and being assertive in proclaiming their views on issues. “The big tent Republican Party doesn’t work,” Corsi told his enthusiastic audience.

“At some point, being conservative is not enough,” Farah said in comments kicking off the conference that recalled some of the hot talk at Valley Forge. “That’s when you need warriors.”