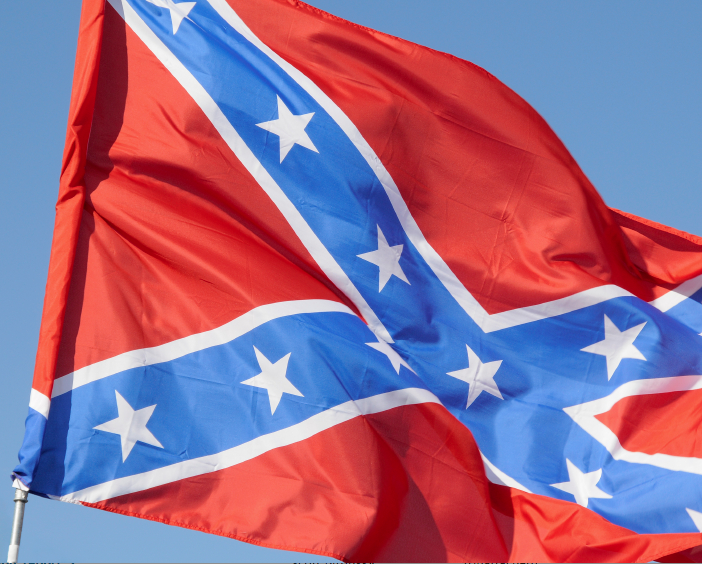 “The only people who can be trusted to be in charge are white people." Keith Alexander at CCC Conference, 2013

What do you call a weekend spent immigrant-bashing, democracy-dissing, race-baiting, Holocaust-death-toll-denying, pistol-packing, and calling for “bigots to come together?"

If you guessed two days at the nearest funny farm, you weren’t far off.

The correct answer, however, is the 2013 national conference of the Council of Conservative Citizens (CCC) held last Friday and Saturday at a downtown hotel in Winston-Salem, N.C. About 75 people attended, some of whom carried pistols strapped to their hips.

The CCC is the modern reincarnation of the old White Citizens Councils, which were formed in the 1950s and 1960s to battle school desegregation in the South. The CCC’s North Carolina chair, A.J. Barker, opened the conference by remembering members who had passed away in the last two years, including Leonard “Flagpole” Wilson, who climbed the flagpole at the University of Alabama to protest integration in 1963.

After a moment of silence, it was all down the greased flagpole from there.

Bill Lord, chairman of the Carroll County Democratic Party in Mississippi, told the conference that the 1965 Immigration Act was the start of the country going over the cliff. (The Act leveled the immigration playing field by ending a quota system that greatly favored Western Europeans and giving, as National Public Radio put it in a 2006 report, “a nearly equal shot to newcomers from every corner of the world.”)

Lord said the conference attendees should think locally in the battle for America’s future. “Get you some bigots together,” he said, “and take some organizations over,” such as a school board. Time was running out. Just look at Greenwood, Miss, which he called “the Congo,” because of its large black population. Or just watch TV and that insidious Cheerios commercial that features a biracial couple and their adorable young daughter.

He called for a boycott of Cheerios and other General Mills’ products. He also asked the attendees to write General Mills and demand them to “stop the crap.”

Keith Alexander of the Political Cesspool, a racially charged, far-right radio program hosted by James Edwards in Memphis, Tenn., said there are two things white Americans can’t talk about candidly and honestly: Race and Jewish power and influence. Alexander said blacks didn’t organize the civil rights movement by themselves. Jewish smarts and wealth were a major factor. “We have a saying in Memphis,” he said, “blacks can’t organize a two-car funeral.”

He said Jews represent a third of the students at America’s colleges, which are the “breeding stables of the American elite.”

John Shudlick, five-time mayor of Ocean Ridge, Fla., encouraged the group to use “critical thinking” in the struggle for the country’s soul. For example, he said the “six million figure (Jews killed in the Holocaust) was a dirty filthy lie.”

What would a conference of far-right extremists be without an attack on the right-wing bogey man, the United Nations?

Rev. Eddie Clark at your service. The pastor of the First Christian Church of Clemmons in North Carolina told the conference that they are fighting a spiritual war and the U.N. is the biggest enemy. He recommended that they begin indoctrinating children much earlier by setting up a Council Camp for Kids, where they could be taught such lessons as “let kind be with kind.” Interestingly, the church’s website portrays several people of color on its homepage.

The lunchtime speaker on Saturday was Jared Taylor of American Renaissance. He told the group they are living in an age of soft tyranny, an age of things you must not think or say. He cited the recent ouster of researcher Jason Richwine from the Heritage Foundation. Even though the Heritage Foundation knew of his dissertation, which included theories of racial differences and how Hispanics have low IQs, he was fired anyway, Taylor said.

Taylor also bemoaned the fate of Roan Garcia-Quintana. South Carolina Gov. Nikki Haley dropped him from her re-election committee shortly after Hatewatch reported last month that he is a white nationalist, rabid nativist and lifetime member and current board member of the CCC.

When it was his turn to speak, retired military man Don Sullivan, a pistol on his hip, told the audience that in 2005 he went to the U.S.-Mexico border with the Minutemen. “I went down there with guns and bullets, intending to kill Mexicans,” he said.

“We need to do something,” he added. “The solution is at the point of a gun.”

Sullivan, who once filed a birther lawsuit against President Obama in North Carolina, said he quit working in 1996 and does not take pensions or other entitlements. Sounding like an antigovernment “sovereign citizen,” Sullivan said he had neither a driver’s license nor gun permit. He said he is also locked in a dispute with the IRS, which he said contends he owes the government $2 million. He said he hasn’t filed a tax return since 1997.

His battle with government authority doesn’t end there. He said he owns 1,500 acres of timberland upon which he built his house himself. He didn’t get any permits and has been ordered by his county government not to live in the home. The county, he said, has threatened to demolish the structure. If they do, he said, “I will put a gun in their face.”

The last speaker of the day was Matt Heimbach founder of the Towson University White Student Union. Like Sullivan, Heimbach spoke with a gun on his hip. He said that “democracy won’t work” and that “white Christian men need to stand up,” because “our people haven’t had a voice since 1860.”