A few well-known extremist political candidates are joined by new characters from the radical right in announcing candidacy for political offices in 2016.

While familiar racists, like Bob Whitaker, the man behind “the mantra,” a slogan that is oft repeated by white supremacists lamenting supposed racial double standards in the United States, are representing the long-established white nationalist American Freedom Party (AFP), a handful of new candidates have announced their intentions to run for office under the banner of the newly formed Traditionalist Workers Party (TWP).

TWP, formed in January of this year as the political wing of the Traditionalist Youth Network (TYN), an identitarian-inspired umbrella group that aims to indoctrinate high school and college students into white nationalism.

According to the TWP website, “TradWorker is less about the candidates and campaigns than it is about building relationships of loyalty and support at the neighborhood and community level.” The site goes on to say, “Our mission is defending faith, family, and folk against the politicians and oligarchs who are running America into the ground. We intend to achieve that goal by building a nationwide network of grassroots local leaders who will lead Americans toward a peaceful and prosperous future free from economic exploitation, federal tyranny, and anti-Christian degeneracy.”

Such language, disingenuously cloaked in claims of love for one’s “own people” as opposed to hatred for anyone, is typical from TWP’s virulently racist and anti-Semitic parent organization.

AFP and TWP represent two distinctly different strategies for using the political system to advance racism. Whereas AFP, which was formed by a cadre of skinheads in southern California in 2009, has long run presidential candidates with no hope of success, works to exploit the election cycle as a way to raise money and generate publicity for their racist positions, TWP actually hopes to win by running for local offices in small communities.

“Most pro-white endeavors [in politics] run themselves out by running for too much at too high of a level,” TWP founder Matthew Heimbach told Hatewatch. “Our mission is to create a European-styled nationalist movement that really follows their [Europe’s] example, where the party is really a subculture.”

Strategies like TWP’s have proven successful before, even when a candidate has well-publicized extremist connections. Michael Peroutka, a longtime League of the South (LOS) member who once served on the neo-Confederate hate group’s board, was elected to serve on the Anne Arundel County Council in Maryland last November.

Here is a list of the extremist candidates who have announced their intentions to run so far. 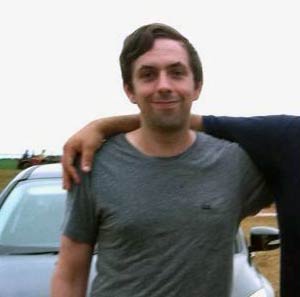 Hovater, who met Heimbach at the Conservative Political Action Conference (CPAC) in Washington, D.C. in February of 2015, is the first political candidate for TWP. Hovater also attended other major white nationalist events in 2015, including the American Renaissance conference in Tennessee and a National Policy Institute gathering in Washington, D.C. While co-hosting the Traditionalist Youth Hour podcast hosted on Radio Stormer, the internet radio channel of the neo-Nazi website the Daily Stormer, Hovater stated that he has “always been a white nationalist” and that TWP wants to “take over a town at a time” with its local election strategy. In an article posted to the AFP website in early August, TYN’s COO claims that Hovater is not about “white power,” but rather “white political power.” 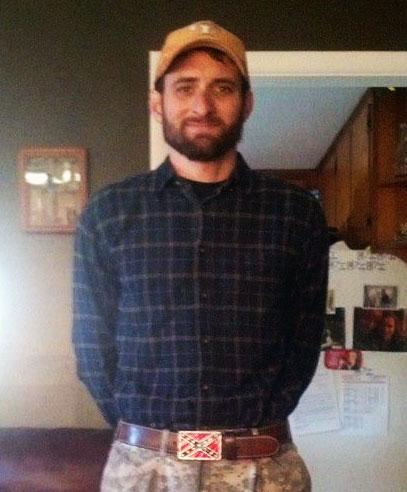 Pierce, a five-year veteran of the U.S. Army, is an established activist and leader for the Council of Conservative Citizens (CCC) in east Tennessee. He is a longtime associate of Heimbach, who he semi-regularly organizes events with, most recently a confederate battle flag rally in Knoxville, Tenn. On his campaign Facebook page, he identifies as a Christian Kinist. Kinism is a white supremacist take on Christianity that encourages living with one’s own kind. The Kinist Institute, an organization that promotes Kinism, has called for a law against racial intermarriage, an end to non-white immigration, expelling all “aliens” (“to include all Jews and Arabs”), and restricting the right to vote to white landholding men over the age of 21. Pierce argues in his platform that states have the right to ignore Supreme Court decisions and that anyone who receives an abortion will be given the death penalty. 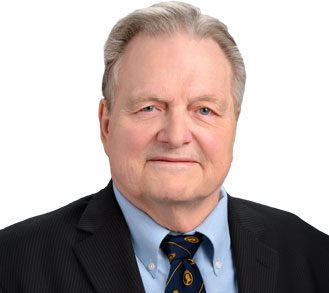 President of the United States

While he claims on his blog to have been the “message man” in the Reagan administration who was responsible for crushing communism and bringing down the Berlin Wall, Bob Whitaker has a more timely reason for fame in white nationalist circles.

Whitaker is the author of “The Mantra,” a 221-word attack on multiculturalism that has grown wildly popular on the racist right. Sections have appeared on banners hanging from Interstate overpasses, on billboards and on signs at white nationalist gatherings and protests. Its most popular phrase, “Anti-racist is a code word for anti-white,” has been reduced to dozens of similar phrases, including “Diversity = White Genocide” and “Diversity is a Code Word for Anti-White.” Surprisingly, the message has become a unifying touchstone associated with cries of “white genocide” that have united the American white nationalist right in some regards.

Undoubtedly, fame surrounding the Mantra drove AFP’s initial decision to pick Whitaker as its candidate. AFP’s previous elections have been an abysmal failure and the party has sought to increase its voter turnout in 2016 by choosing a more recognizable candidate and conducting robocalls in states such as Idaho, Missouri and Alabama. When asked about his candidate, AFP chair William Johnson told Hatewatch, “Mr. Whitaker is a much stronger candidate, much better well known in and outside of the movement.” 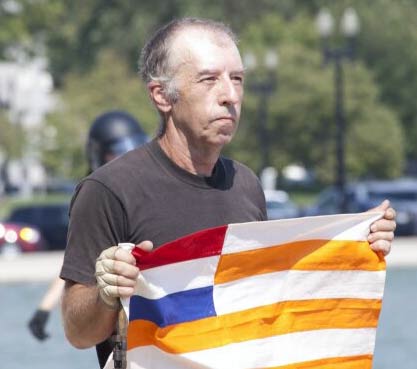 Vice President of the United States

Tom Bowie is the latest white nationalist running as the VP candidate for AFP. Bowie fills the void left by Bob Whitaker, who made the move to presidential candidate after an illness sidelined Ken Gividen, AFP’s original choice.

Little is known about Bowie, who certainly has a much lower profile than that of Whitaker or Gividen. Bowie is, however, a prolific poster on Stormfront, the Internet’s first hate site, founded 20 years ago by Alabama Klansman Don Black. To date, Bowie has posted over 3,100 times on it. Bowie is also an Internet radio host and can be heard weekly on the Pro-White American Radio Show hosted on TalkShoe.com, an online radio community.

Bowie’s postings and radio comments demonstrate his support of AFP’s Mantra platform. Back in 2010, in a comment on the website of the white nationalist radio show Political Cesspool, Bowie wrote, “I’ve been using the Mantra for a while now with great success. I’m not sure just how many people I said it to over time but it gives our people the hope and knowledge that we can fix things.” Five years later, Bowie’s Twitter account reads similarly. On October 14 of this year he wrote,  “We're running out of places for #WhiteFlight because #Diversity is chasing down the last #White anywhere.” 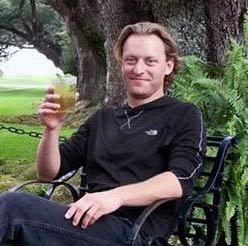 Since his college days, Taylor Rose has been deeply active in white nationalism. Rose acted as vice-president of a now-defunct white nationalist campus group Youth For Western Civilization (YWC). Rose headed the Liberty University chapter of the group. YWC was known for inviting white nationalists to college campuses and holding racially offensive events, such as an anti-immigrant event at Washington State University in 2011 where the YWC chapter erected a mock border fence complete with signs reading, “no crossing.”

Rose lived for a time in Europe, where he worked to build ties with a number of extremist political parties. In 2011, Rose met in Antwerp with members of the far-right Belgian political party Vlaams Belang at one of the party's congresses, where he delivered a speech on the “consequences of illegal immigration.” He was photographed there with members of PRO NRW (NRW means North Rhineland-Westphalia, a German state) and PRO Köln (City of Cologne), both of which are classified as "right-wing extremist" by German authorities. Members of the far-right anti-immigration and anti-Islamic German Pro-Bewegung (Pro-Motion) movement were also in attendance. In 2011, Rose also attended and spoke at the anti-Muslim “March for Freedom” in Cologne, Germany. Cities Against Islamization, a coalition of various far-right groups, some of whose members have been officially declared extremist by European governments sponsored the event.

Rose’s book, Return of the Right: How the Conservative Movement is Taking Back Western Civilization, was published in 2012 and was promoted by a number of white nationalist groups including the CCC. He is Facebook friends with a number of white nationalists including Peter Brimelow, founder of the nativist hate site VDARE, and Brad Griffin, active in both the CCC and LOS.