The "Mother of All Rallies" (MOAR) returned to the National Mall Saturday, and despite an afternoon downpour, lived up to its name — not in crowd size, which at best peaked at a few hundred — but in sheer duration. 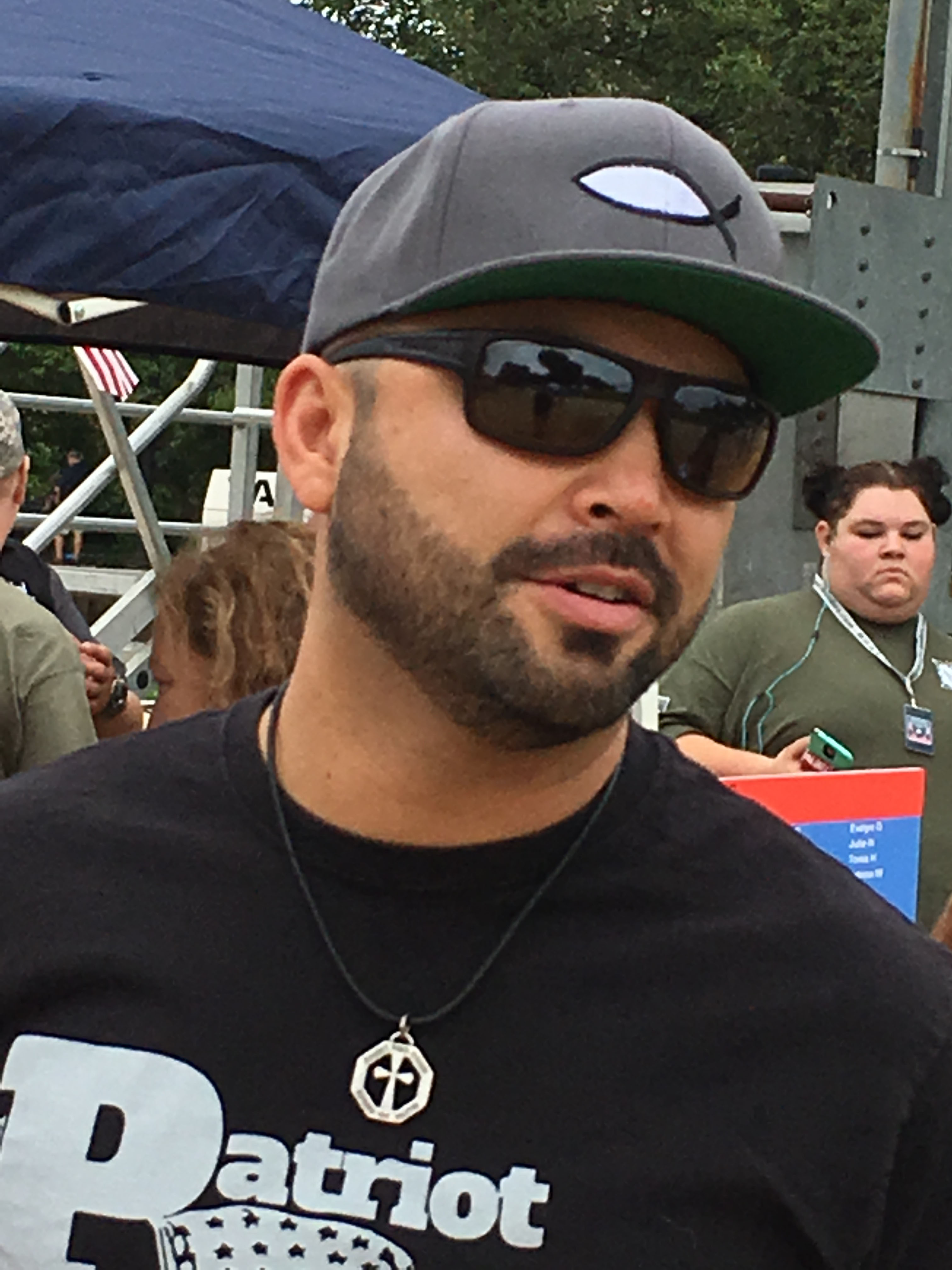 Joey Gibson at the "Mother of All Rallies"

The event was a 10-hour marathon of speakers covering a litany of right-wing causes, and it went on as planned despite a steady rain throughout the afternoon. Almost everyone featured on the extensive schedule showed up to deliver a 10-minute speech, though Virginia senatorial candidate Corey Stewart and far-right YouTuber Vincent James Foxx were dropped from the program late last week. But a few surprise guests arrived to fill out the lineup, including ex-Arizona sheriff and Trump pardonee Joe Arpaio, and GOP political strategist and self-described “ dirty trickster” Roger Stone.

They weren’t the only noteworthy visitors. MOAR also played host to a few extremists in the audience. The Proud Boys, named an SPLC-designated hate group for their rhetoric attacking Muslims and women, among others, and their affiliations with extremists, arrived with Roger Stone. A few hours after the rally began, Brien James arrived with a delegation of representatives of various nationwide chapters of his group, the American Guard. The SPLC named the American Guard a hate group last year because of its members’ ultranationalism and nativist bigotries, as well as their connections to other active hate groups. James, who co-founded the violent racist skinhead gang the Vinlanders Social Club, has said his days in the white supremacist movement are over. Despite those claims, ﻿he was seen at Vinlanders events as recently as last year.

Also in attendance was Jovanni Valle, aka Jovi Val, who stood beside Jason Kessler at the “Unite the Right 2” rally at the White House last month. He spoke at that event in defense of white nationalism, which he said was different than white supremacy. “If someone’s a white nationalist, what’s the problem?” he said. “They want to preserve their culture.”

And among the MAGA crowd, a couple of hardcore white supremacists wandered and trolled the Trump supporters for not being radical enough. Mike “Mersh” Schiele and Royce Lopez, cohosts of "Revenge of the Cis," a far-right show they describe as “political comedy,” interviewed rallygoers at the Mall and criticized speakers they thought were too mild. One was Joey Gibson, who spent his allotted time talking in vague terms about forgiveness and accusing Democrats of anti-white racism. Schiele said of his speech, “He went up there for 15 minutes and he literally said nothing.”

The cohosts asked one woman if she would be willing to ally with white supremacists in order to get Donald Trump re-elected, and she agreed. To prove it, they asked her to say, “1488,” white supremacist code referencing David Lane’s racist 14 words mantra and the phrase “Heil Hitler!” She did.

When the group found Val, they discussed the “optics” of the “Unite the Right” brand, and Schiele complained about “alt-lite c----” who he said donated to the Heather Heyer Foundation after the first “Unite the Right” rally, where a white supremacist drove a car into a crowd of protesters, injuring many and killing Heyer. The suspect is 21-year-old James Alex Fields Jr.

Schiele bragged that after the announcement, he donated to the commissary accounts of the people arrested for racist violence in Charlottesville.

“That’s such a great idea,” Val marveled. “You got to get everybody to do that now.”

“Yo James Alex Fields, enjoy that ramen! That shit is on me!” Schiele said.

The regularly scheduled program kicked off with a surprise speech from Joe Arpaio, who praised Trump and misstated the name of the event as the “Mothers For All Rally.” While not on stage, he palled around and paused for photos with members of the nativist extremist group Arizona Border Recon and the group’s leader, Tim Foley. 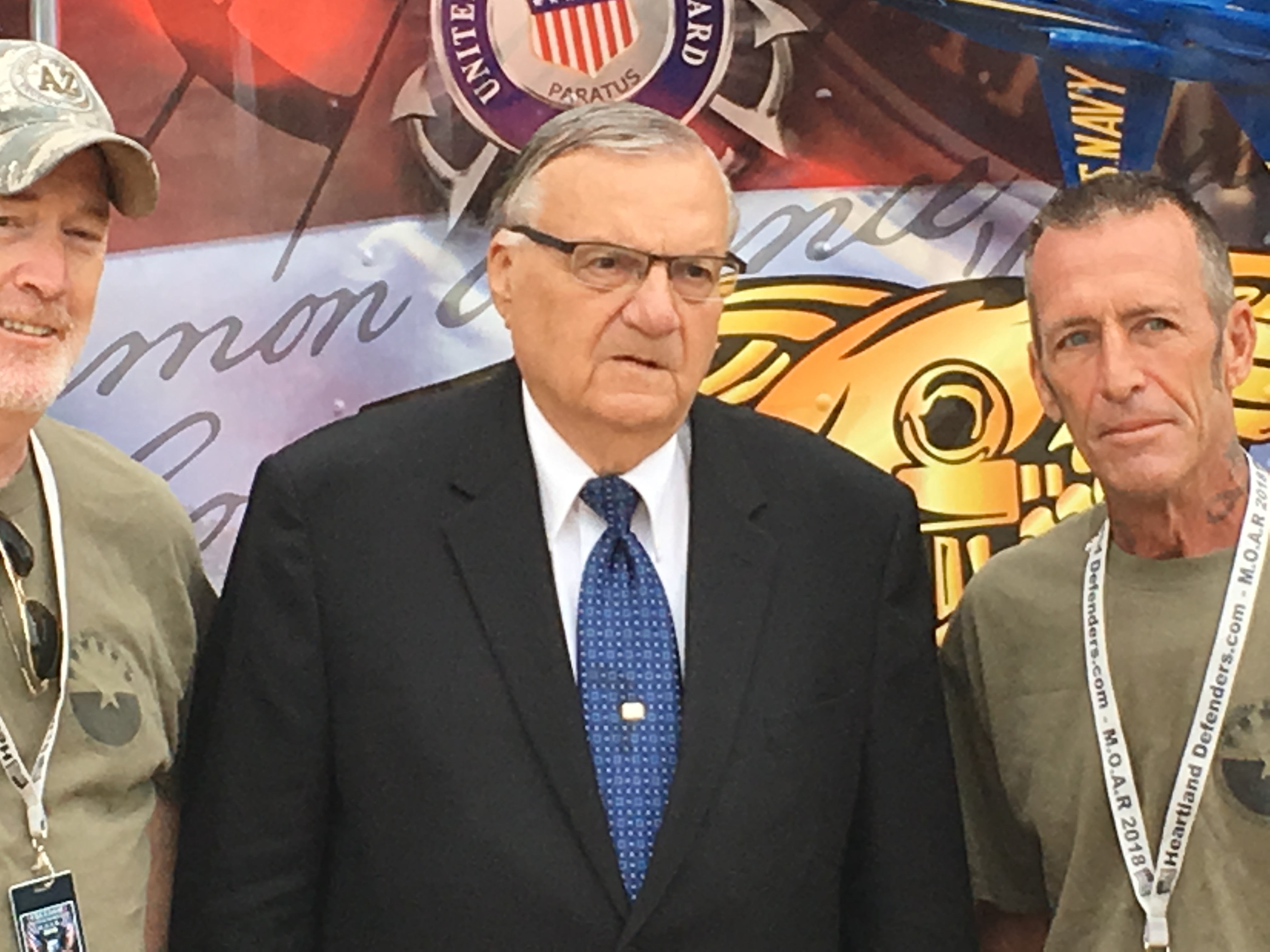 Foley was welcomed on stage and praised for his dubious vigilante activities at the southern border. He told the audience, “It’s the worst of the worst” passing through the border in Arizona, echoing the first remarks of Donald Trump’s presidential campaign. As for what the worst of the worst entails, he said he saw “Middle Eastern males,” on the border, and said the worst consequence was “All the diseases,” which were “transferred by all the children going into the schools.” He also called the immigrants crossing the border “shitbags.”

Stone, a long-time adviser to Donald Trump, added a touch of celebrity — and conspiracy — to the rally.

Stone accompanied a group of Proud Boys, clad in their usual black Fred Perry shirts with yellow trim, onto the mall, defending the “male chauvinist” hate group and his association with it.

“People who call us white supremacists are wrong,” Stone told a scrum of reporters and well-wishers. “We want civil rights for everybody,” he said. 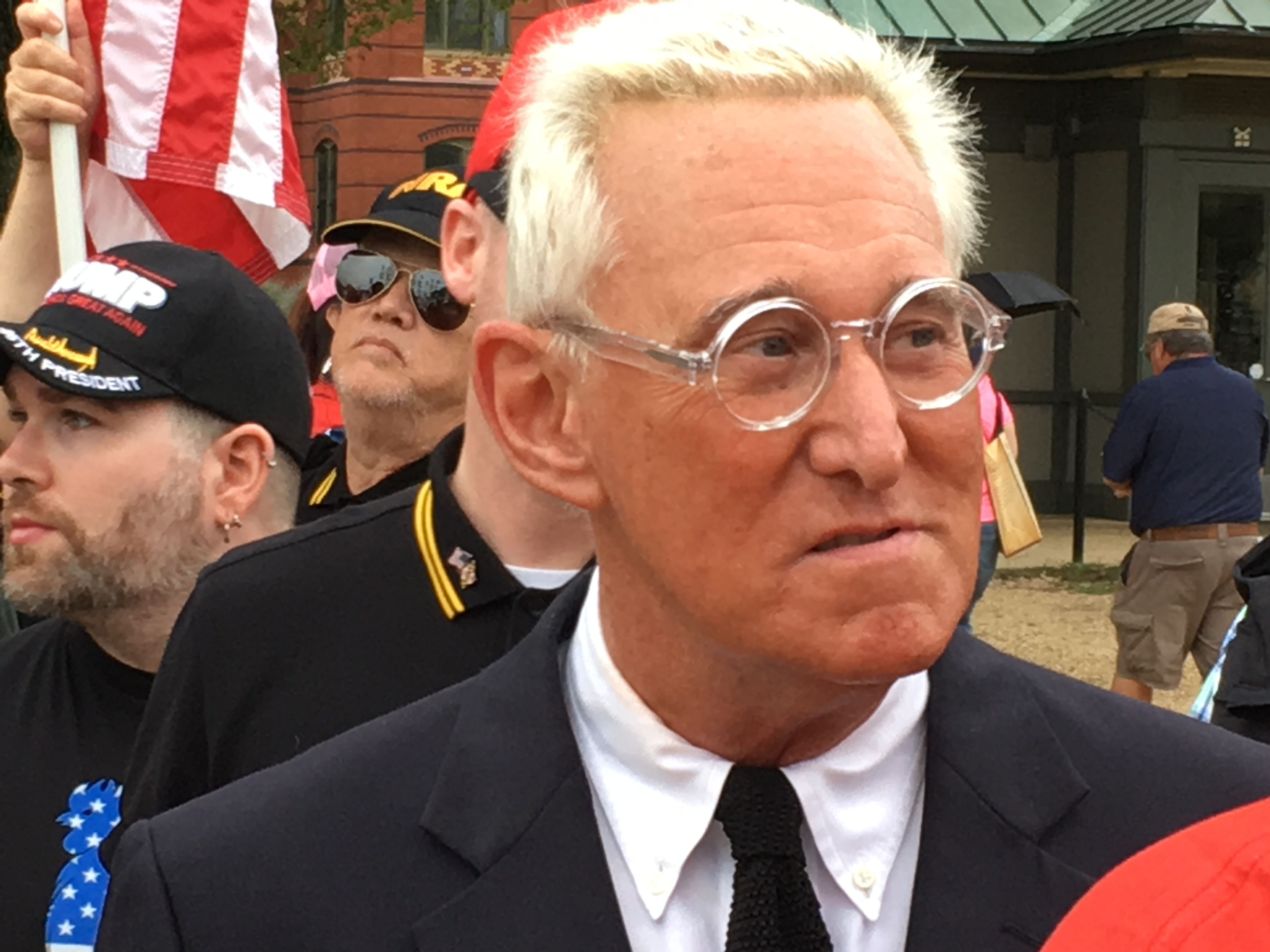 Roger Stone at the "Mother of All Rallies"

Stone has become a central figure in the special counsel investigation of Russian interference in the 2016 election. Two of his longtime associates, career conspiracy theorist Jerome Corsi and professional comedian Randy Credico, were recently subpoenaed to appear before a federal grand jury. Stone said allegations that he served as an intermediary between Russian operatives, WikiLeaks and the Trump campaign are false. He dismissed the possibility of any legal action against him as a frame job, and even made recommendations on who he thinks the president should fire: namely, Attorney General Jefferson Sessions, whom Stone called an “insubordinate hillbilly.”

Stone also spun a conspiracy theory about the Clintons, former President Barack Obama and the FBI before leading the crowd in a chant of “lock her up.”

Addressing the crowd of militia members, Trump supporters and right-wingers of various stripes, Stone praised their support of Trump.

“You are the cutting edge of the counter-revolution,” Stone said, and, invoking his infamous nickname, Stone said, “One man’s dirty trickster is another man’s freedom fighter.”

Members of antigovernment Light Foot militias from South Carolina, New York, New Jersey and Pennsylvania, along with the Maryland-based My Brother’s Threepers and the Maryland People’s Militia, patrolled the section of the mall around the rally.

The militia members, dressed in black, brown or green clothing, used radios to stay in touch as they mingled with the roughly 300 rally participants on the rainy day. After a small protest erupted on the mall near the carousel, militia members formed a loose perimeter around the rally participants. Many were identifiable by patches signifying their state affiliation or T-shirts bearing a logo or reference to where they came from.

As the long day wore on, some militia members left the rally early, surrendering to the rain and cold wind.

The militias were joined by other elements of the antigovernment Patriot movement, including various Three Percenter supporters, such as the Ohio-based Heartland Defenders (a group listed as a “donor” to the MOAR rally) and audience members who wore gear from the extremist group the Oath Keepers, an antigovernment outfit that thrives on a set of baseless conspiracy theories about the federal government working to destroy the liberties of Americans.

Some militia members stopped and questioned people taking photos, asking who they were and why they were using cameras, but none became violent or accosted any of the people they quizzed.

When Ace Baker, founder of the far-right group American Warrior Revolution, was on stage to deliver a speech on the Second Amendment, he invited the militiamen providing security on stage. Nathan Mizrahi, who founded the New York-based antigovernment group Liberty State Militia, testified about his time in the antigovernment movement, saying it changed his life. “I am so proud to call myself a Three Percenter,” he said, “and I’m willing to die for it with you guys.”

Tourists, locals and the just curious walked by the rally on the walking path, some stopping to listen or take photos, others just jogging by or pushing small children in strollers. Along the walking path, four merchants set up, selling books, Trump materials or trying to round up donations to build Trump’s much-ballyhooed border wall with Mexico, despite the president’s pledge that America’s neighbors to the south would pay for the construction.

The rain and wind brought a chill to the National Mall throughout the afternoon, driving folks away from a gathering that was upward of 350 people at its peak, which dwindled to about 100 near the end of the day.