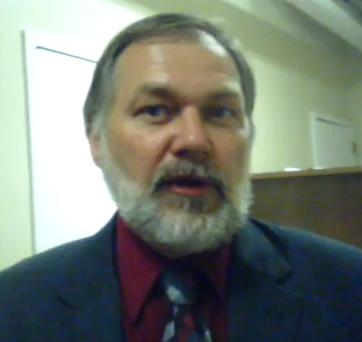 Scott Lively, one of the most virulent anti-gay activists on the scene today

U.S. District Judge Michael Ponser cleared the path on Wednesday for a groundbreaking lawsuit to proceed against Scott Lively. Lively, president of the virulently anti-gay Abiding Truth Ministries, is being sued by the LGBT rights group Sexual Minorities Uganda (SMU) for his pivotal role in promoting the persecution of LGBT Ugandans.

SMU alleged in its complaint that Lively and his allies “devised and carried out a program of persecution” and “strategies to dehumanize, demonize, silence, and further criminalize” LGBT Ugandans. They are seeking damages, a finding that Lively violated international law and an injunction against future efforts to persecute their organization and community.

Lively is one of the most virulent anti-gay activists on the scene today. He authored the infamous revisionist history The Pink Swastika, which claims that homosexuality was at the root of the Nazi Party and Holocaust. He makes similar claims about the Rwandan genocide. Judge Ponser described (pdf) these arguments as “bordering on ludicrous” in his Wednesday ruling.

Lively’s “ludicrous” arguments have had very real — and incredibly destructive — consequences for LGBT Ugandans, and that’s the basis of the lawsuit. SMU is suing, with assistance from the Center for Constitutional Rights, under the Alien Torts Statute, which allows foreign nationals to sue in American courts for violations of international law.

Lively sought to have the case dismissed by arguing (pdf), among other things, that “international norms do not bar persecution based on sexual orientation or gender identity with sufficient clarity and historical lineage” for such persecution to be covered by the Alien Torts Statute. He also claimed by way of a recent Supreme Court ruling that that statute could not pertain to his activities outside the U.S.

Judge Ponser dismissed (pdf) these objections, finding that Lively carried out the alleged activities in both the U.S. and Uganda. He also found that the “widespread, systematic persecution of LGBTI people constitutes a crime against humanity that unquestionably violates international norms.”

That is exactly what Lively sought to carry out beginning in 2002 and running through 2009. He based his efforts on his book, Redeeming the Rainbow, in which Posner said he “advocates criminalizing advocacy on behalf of LGBTI people and attributing acts of sexual violence against children to LGBTI individuals’ purported obsession with pedophilia.” He consistently stoked fears among Ugandan parents that gays and lesbians were actively seeking to sexually abuse and “recruit” their children.

The efforts by Lively and his allies to deny basic human rights to LGBT Ugandans culminated with the introduction of the Anti-Homosexuality Bill in April 2009 in the Ugandan Parliament. The legislation, better known as the “kill the gays” bill, called for the death penalty for “aggravated homosexuality” (that is, a person who has engaged repeatedly in sex with a member of the same sex).

Sadly, Lively’s pernicious influence can be seen far beyond Uganda. Russia passed a law in June that bans so-called “gay propaganda” directed at minors. The law imposes fines and even jail time for publishing material promoting equal rights for gays and lesbians if it is seen by minors. It also imposes fines on gay pride rallies.

Back in 2007, Lively went on a 50-city speaking tour to lay the groundwork, describing it like this: “The purpose of my visit was to bring a warning about the homosexual political movement which has done much damage to my country and which has now taken root in Russia. This is a very fast-growing social cancer that will destroy the family foundations of your society if you do not take immediate, effective action to stop it.”

He explicitly called on the Russian government to enact legislation similar to what was passed this June, urging it, in his words, to “criminalize the public advocacy of homosexuality. My philosophy is to leave homosexuals alone if they keep their lifestyle private, and not to force them into therapy if they don't want it. However, homosexuality is destructive to individuals and to society and it should never publicly promoted. The easiest way to discourage ‘gay pride’ parades and other homosexual advocacy is to make such activity illegal in the interest of public health and morality.”

Lively has racked up a number of victories in his effort to demonize and persecute LGBT people around the world. That’s why Judge Ponser’s ruling on Wednesday is so encouraging. Lively, for the first time, is facing serious consequences for the lives he’s ruined in Uganda. And if SMU succeeds, one can imagine similar suits from Russia and elsewhere. Already, a related court battle over the continued criminalization of gay sex, one that could have repercussions in other Caribbean countries, is taking place in Belize. The days of American extremists like Lively exporting their bigotry abroad could soon come to an end.