The number of white nationalist groups dipped in 2020, down 27 groups from 2019. While COVID-19 partially explains the change, most of the decline was due to the disbanding of American Identity Movement, one of the largest and mostly active white nationalist groups in the country in recent years. This year, activity plummeted until Patrick Casey finally announced the group’s dissolution in November. Much of that energy has shifted toward the so-called Groyper movement, which is not organized into a formal group.

Chapters of The Right Stuff also declined as the leaders focused their energy on their podcast platform and the National Justice Party. They have also faced criticism from other white power activists for placing monetary gain above growing their movement.

Many white nationalist groups have failed to find footing on mainstream social media sites and fled to platforms like Telegram and Parler.

White nationalists have had difficulty raising money online because many payment processors have banned them from their services. Most now rely on cryptocurrency, including Bitcoin and Monero.

The federal government provided a boost to 14 hate groups, including American Renaissance, by providing them with PPP funds meant to provide relief from the pandemic.

In January, police arrested seven members of The Base, three for plotting to murder a couple allegedly engaged in antifascist political activity. In October, two more members of the group were arrested in Michigan and charged with gang membership, unlawful posting of a message, and using computers to commit a crime.

Since 2017, the accelerationist wing has been rising to the forefront of the white nationalist movement. In recent months, though, the “mainstreamer” or “movementarian” part of the movement has regained some momentum. Their success comes in large part from the so-called Groyper movement, led by Nick Fuentes and Patrick Casey, that has opened up channels for young men to challenge mainstream conservatives.

One of the most notable trends within the far right this year has been the emergence of the Boogaloo boys, an amorphous group of far-right actors who believe the United States is headed toward a second civil war. While some of the subculture’s adherents describe themselves as hardcore libertarians, others hold overtly white nationalist ideas.

The white nationalist movement is on two different tracks. One is focused on harnessing populist anger and frustration at Trump’s loss to channel people into their movement. Figures like Nick Fuentes are attacking mainstream conservatives while painting themselves as the future of the right in America. Most of the people associated with this part of the white nationalist movement do not belong to groups and likely will not join any in the near future.

The other part of the movement believes in the strategies of accelerationism. While some join groups like The Base, the movement is increasingly decentralized. Most adherents exist as part of the online accelerationist subculture, where they absorb extremist ideas without some of the risks involved in joining a group. This does not mean the movement is any less dangerous; lone actors motivated by white power ideology remain a persistent threat.

There is increasing overlap in the rhetoric of these two tracks. Among the whole of the white nationalist movement there is a growing belief that “political solutions” are no longer viable – an idea that seems especially convincing in the aftermath of Trump’s loss. Intimidation and other acts of violence are increasingly accepted on the far right, perhaps best exemplified by its embrace of Kyle Rittenhouse. Increasingly violent language is common within the movement’s rhetoric and anti-democratic ideas will likely seep further into the political mainstream. 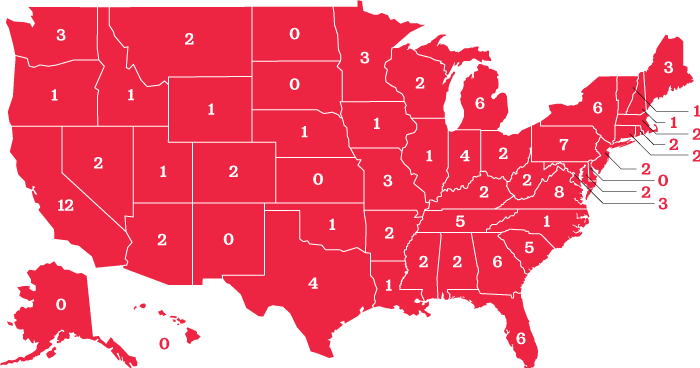 Adherents of white nationalist groups believe that white identity should be the organizing principle of the countries that make up Western civilization. White nationalists advocate for policies to reverse changing demographics and the loss of an absolute, white majority. Ending non-white immigration, both legal and illegal, is an urgent priority — frequently elevated over other racist projects, such as ending multiculturalism and miscegenation — for white nationalists seeking to preserve white, racial hegemony.

White nationalists seek to return to an America that predates the implementation of the Civil Rights Act of 1964 and the Immigration and Nationality Act of 1965. Both landmark pieces of legislation are cited as the harbingers of white dispossession and so-called “white genocide” — the idea that whites in the United States are being systematically replaced and destroyed.

These racist aspirations are most commonly articulated as the desire to form a white ethnostate — a calculated idiom favored by white nationalists in order to obscure the inherent violence of such a radical project. Appeals for the white ethnostate are often disingenuously couched in proclamations of love for members of their own race, rather than hatred for others.

This platitude collapses under scrutiny. Two favorite animating myths of white nationalists are the victimhood narrative of black-on-white crime — the idea that the dominant white majority is under assault by supposedly violent people of color — and the deceptively titled “human biodiversity,” the pseudo-scientific ascription of human behaviors, in this case along racial lines, to “non-negligible” genetic difference among humans. Appeals to the “empirical science” of human biodiversity are frequently coupled with thinly veiled nods to white, racial superiority.

In addition to their obsession with declining white birth rates, these themes comprise some of the most powerful propaganda that animates and drives the white nationalist movement. Adherents frequently cite Pat Buchanan’s 2001 book, The Death of the West, which argues that these declining white birth rates and an “immigrant invasion” will transform the United States into a third world nation by 2050, as the text responsible for their awakening, or “red pill.”

White nationalists also commonly pass through paleoconservatism — an anti-interventionist strand of libertarianism that seeks to limit government, restrict immigration, reverse multicultural programs and deconstruct the social welfare programs. Some of white nationalism’s most prominent voices, including Richard Spencer, Jared Taylor, and Peter Brimelow did stints at Taki’s Magazine, the most prominent paleoconservative journal.

Vanguardists believe that revolution is the only viable path toward a white ethnostate. They believe that reforming the system is impossible and therefore refuse to soften their rhetoric. They typically seek to reform what they believe to be an “anti-white” establishment through radical action. Vanguardists favor public demonstrations to anonymous, online activism and hope that by turning out in numbers at protests they can defy so-called political correctness, polarize politics and accelerate what they view as the inevitable collapse of America.

The racist so-called “alt-right,” which came to prominence in late 2015, is white nationalism’s most recent formulation. While the themes of white dispossession, nostalgia for pre-1960s America and the desire for separatism remain central to the ideology, its edges are softer and porous, allowing for the influence and inclusion of more radical elements, including a suite of neo-Nazi organizations. It also welcomed an unsavory ecosystem of internet trolls. These chaos agents contribute a distinct style of discourse that include a notable lack of empathy, extreme, often violence-tinged, rhetoric, and willingness to dehumanize their enemies in service of political goals. Throughout 2016, with the contentious presidential campaign as a unique backdrop, the nascent alt-right launched a novel campaign of “cultural vanguardism,” tightly focused on radically altering culture — in the form of a total war on “political correctness” — rather than politics. This third style of activism, which borrowed from both the mainstreamers and the vanguardists, primarily took place online in the form of “shitposting,” meme making and online harassment.

As momentum dissipated post presidential election and online activism began to yield diminishing returns, white nationalists reverted to tried tactics such as public demonstrations, including college speaking engagements and propaganda distribution, primarily in the form of anonymous flyerings and banner drops — also on college campuses. Universities, with their impressionable and at times combustible student bodies provide easy targets for the newly trollish tactics of an alt-right obsessed with youth recruitment.

Groups listed in a variety of other categories — Ku Klux Klan, neo-Confederate, neo-Nazi, racist skinhead and Christian Identity — can also be fairly described as "white nationalist." Although, as organizational loyalty has dwindled and the internet has become white nationalism’s organizing principle, the ideology is best understood as a loose coalition of social networks orbiting online propaganda hubs and forums.

Colchester Collection, The
Machias, ME*