A registered sex offender and antigovernment icon is trying to use the current global pandemic to whitewash his image. A recent post on Jacobite magazine’s website seeks to remind readers of Cody Wilson’s past contributions to the movement and to cast doubt on the government responsible for his arrest and sentencing.

Wilson, of Austin, Texas, went underground nearly two years ago after he “engaged in sexual intercourse and oral sex” with an underage girl at an Austin hotel in 2018, according to an affidavit filed by local police. Wilson paid the girl “five $100 bills,” the affidavit said. He was charged with sexual assault and led police on an international manhunt before he was arrested in Taipei City, Taiwan, in September 2018.

Wilson pleaded guilty to “lesser injury of a child,” a less severe sentence, according to court documents filed Aug. 9. The plea deal required him to register as a sex offender for seven years, to pay a fine and restitution, and to perform community service. 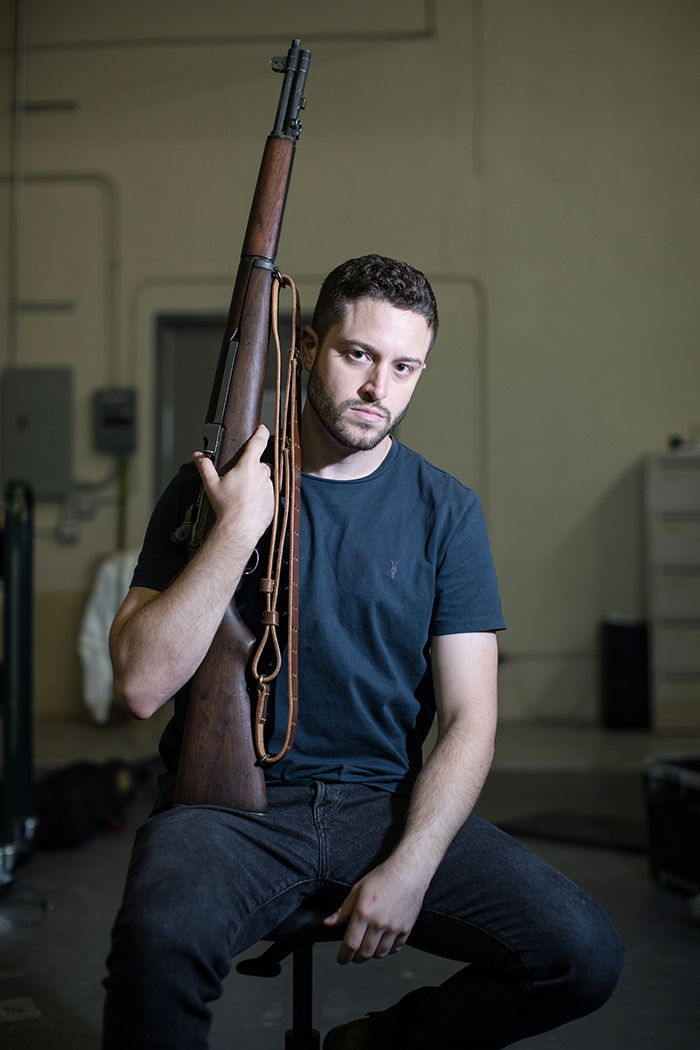 Cody Wilson poses in Austin, Texas, on Aug. 5, 2018. (Photo by Tamir Kalifa for The Washington Post via Getty Images)

According to ArsTechnica, the judge admonished Wilson at his hearing, “I see no reason to not go [with the plea deal] though there is sufficient evidence to find you guilty beyond a reasonable doubt for more than ‘injury to a child.’”

Less than six months after announcing that the plea deal would allow him to resume control of his gun business, the registered sex offender and antigovernment movement icon offered up his thoughts on the current COVID-19 crisis.

On April 16, Wilson published a blog on the Jacobite website. The “Covid-911” post is typical Wilson. Citing Baudrillard, he spouts the conspiracy theory du jour: the current global pandemic is being leveraged to create a digital and philosophical police state.

Wilson suggests a solution to “check this system of deterrence in broad daylight,” again citing the post-Marxist cultural theorist:

“This, Baudrillard tells us, only terrorism can do.”

Wilson stops short of direct incitement to violence, though he doesn’t voice opposition to mounting calls for violent reprisal against the state in antigovernment circles.

“COVID-911,” in spite of its invocation of “terrorism,” isn’t even really a call to action. True, Wilson calls for readers to create “viral simulacra” that will bring the system to its knees. The thrust of Wilson’s Jacobite musings deal with “Gun Models” as one such form of simulacra.

It’s a familiar story. Prior to his arrest, Wilson was lauded as an antigovernment wunderkind, a man who single-handedly drew the government into a lawsuit over whether gun schematics constitute free speech after releasing the files to his website in 2013. The files would allow anyone with an internet connection and a 3D printer to create an unregistered “Liberator” pistol, a single-shot pistol Wilson designed.

Wilson invokes the history of the Liberator and the work of his Austin company, Defense Distributed, to remind the audience of his past relevance, a year and a half after Wilson fled the country for Taipei City.

Wilson makes a fleeting mention of his arrest, criticizing the “same powers that chased me like Orestes to Taipei City” and drawing a line between his fight to legalize 3D-printed gun files, his arrest and prosecution, and “the system.” It’s here that the thrust of “COVID-911” becomes apparent.

The assertion is that if the government, public health officials and tech companies, aka the “total state,” is willing to lie to citizens in order to uphold the façade of the “simulation” undergirding global pandemic, then they should not be trusted about the circumstances around Wilson’s guilty plea.

ArsTechnica reported that at his sentencing, a statement from the mother of Wilson’s victim was read aloud to the court:

Our daily life was shattered, but she never wavered from the truth. Once she knew who you are and what you did, she never wavered. She remembers the gun you put in her hands and the feeling of your skin. But you ran, despite the publicity you have always been seeking from your fans and followers, you ran. You hid in a foreign airport and only came back because you were made to. She stood up in a public forum despite talk of conspiracies and setups...

I pray that you will not be killed, especially that you will not be killed by a gun. ... The truth is you are now hiding behind the laws of the country you mocked for years. But the biggest truth is my daughter is strong, vibrant, and has a beautiful future. And I speak this truth in front of you because that’s the most important truth in all of this.