The number of far-right extremist groups fell significantly in 2013 for the first time in a decade, the SPLC found in its annual count, released today. But with a total of more than 2,000 groups, the radical right remains at historically high levels. 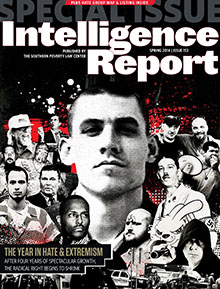 “The radical right is growing leaner and meaner,” said Mark Potok, senior fellow at the SPLC and the editor of the report. “The numbers are down somewhat, but the potential for violence remains high.

“Moreover, there is a disturbing dynamic at play. At the same time that the number of extremist groups is dropping, there is more mainstream acceptance of radical-right ideas.”

The report is contained in the Spring 2014 issue of the SPLC’s quarterly investigative journal, Intelligence Report. The SPLC also updated its online map and state-by-state list of hate groups.

The more significant decline came within the antigovernment “Patriot” movement, composed of armed militias, “sovereign citizens,” and other conspiracy-minded organizations that see the federal government as their enemy. These groups fell 19 percent – from 1,360 groups in 2012 (an all-time high) to 1,096 in 2013. The decline followed an unprecedented rise that began in 2008, the year President Obama was elected, when a mere 149 Patriot groups were operating.

The president’s 2012 re-election – unexpected by many on the right – appears to have drained energy from the movement. Other factors that apparently are contributing to the decline are an improving economy, crackdowns by law enforcement, and the adoption of far-right issues by mainstream politicians. 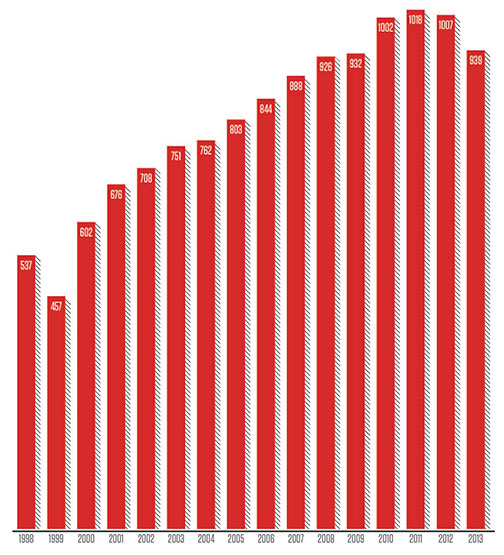 A number of state legislatures, for example, have either passed or considered bills to “nullify” federal laws they oppose, an unconstitutional tactic pushed by Patriot groups. The Republican National Committee has taken a page from the John Birch Society by championing opposition to Agenda 21, a U.N. sustainability plan portrayed as a “New World Order” conspiracy. And at least seven states have passed laws to prevent Islamic Shariah law from being used in U.S. courts, based on a groundless fear promoted by anti-Muslim hate groups.

The decline in extremist groups has not dampened the violence and terrorism coming out of the movement and indeed has the potential to prompt frustrated “lone wolf” extremists to act. Extremist violence over the past year included the assassination of Colorado’s prison chief at his home by a white supremacist gang member. Also, a member of the Ku Klux Klan was arrested in a plot to build a radiation weapon to kill Muslims – a weapon he described as “Hiroshima on a light switch.” Numerous other plots of violence were disrupted by law enforcement. 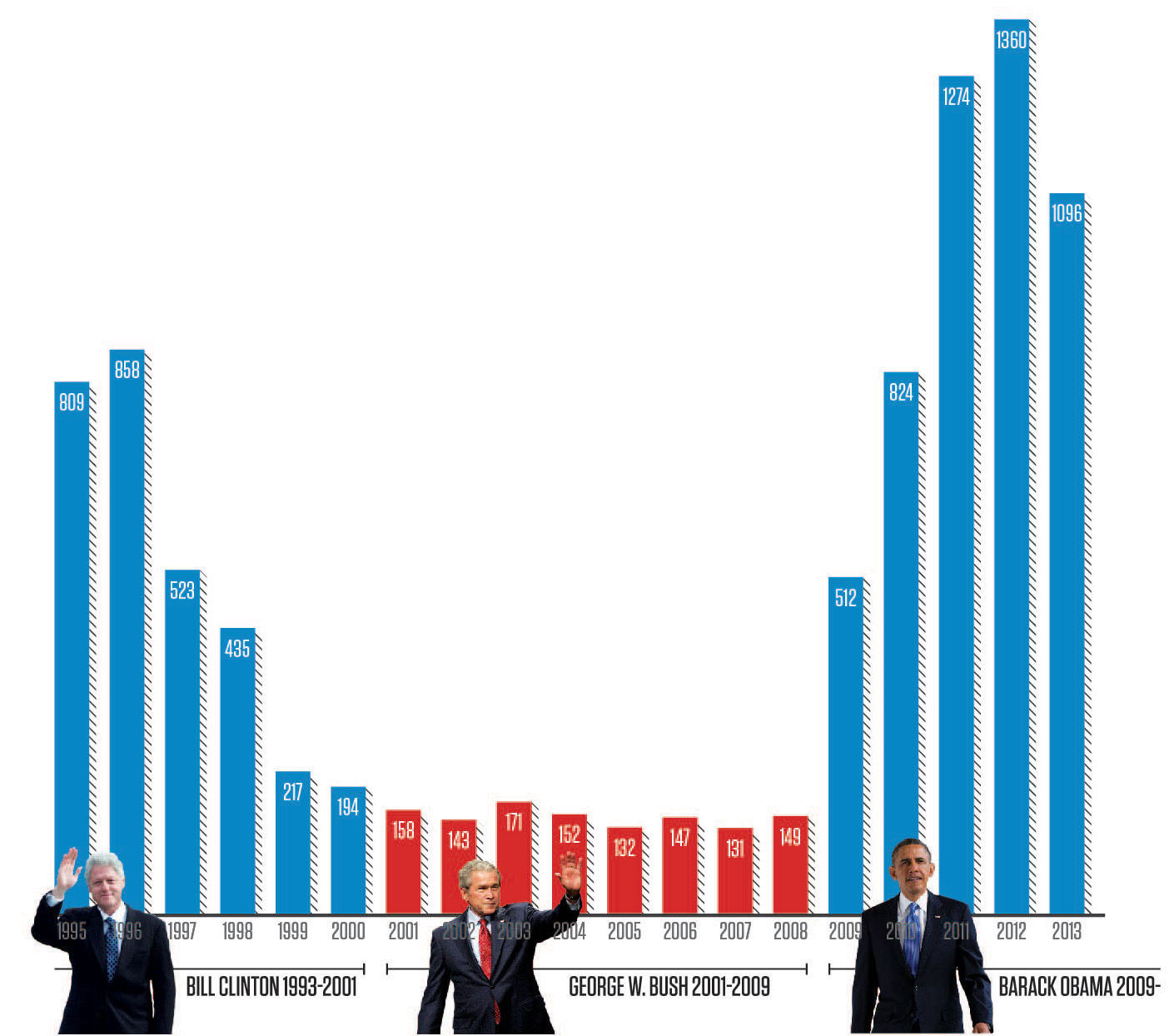 Also in this issue, the Intelligence Report documents how extremists are using mainstream online businesses to help fund their movement. Operators of some hate websites have used PayPal for online transactions, for example, despite PayPal banning such activity in its terms of service. Others have earned commissions by referring their visitors to Amazon for purchases. The online retailer also offers some hate group publications for sale.